If you've got nothing nice to say. Smile and keep quiet.

When my first child was five weeks old I made it down to the local sure start centre. This was no mean feat as I had had an emergency c section and still couldn't drive, and also when you first have a new baby it makes you a little bit mental. Anyway. I digress.

So I went in, Erin was in a cute outfit picked out especially and I had by some miracle managed to put make up on and clothes that weren't pyjama based. Within ten minutes of being there Erin started screaming the place down so I got her a (gasp) bottle out. The lady next to me said. "Oh you're bottle feeding? You do know breast is best don't you?". I. Was. Crushed. I was a lonely new Mom and wanted some company. Someone to chat to. Not to be judged that I was a bad Mom within ten minutes due to my baby feeding habits. I never went back. 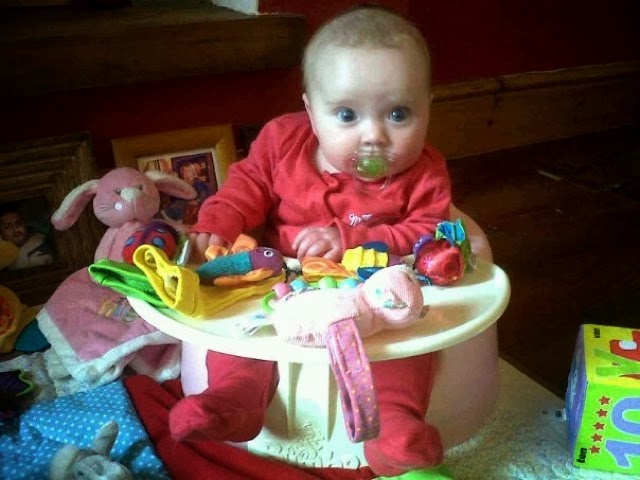 Erin with a shock horror dummy!


I know breast is best and I also know I should have stuck at it longer with both children but I don't need this to be pointed out. It appears that some (not all, I have group of amazing friends who are also mothers) women think that it is their duty to impart their words of wisdom on motherhood at every given opportunity.

They love talking in graphic detail about their horrific birth stories. The more blood and bigger the tear the better. They love to either brag their child slept through the night by day two or that their son was crawling by 6 months. Oh and God they love telling first time Moms how horrific labour is or how their lives will never be the same. Or the worst crime, telling mothers who are really struggling with being pregnant (i.e me) how they just "love it and have never ever felt better!" Grrrrrrrrr. 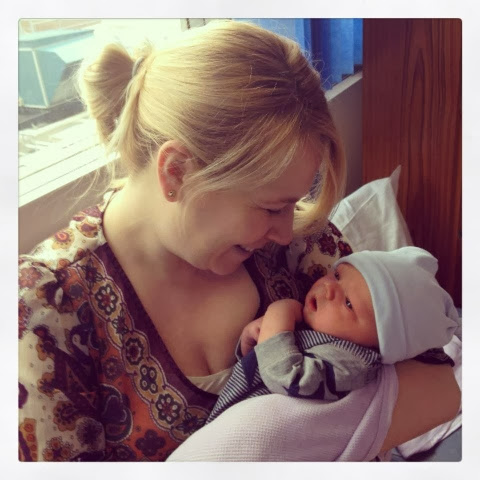 In the hospital with the boy. The calm before the storm.
Being a parent is bloody hard work. Being the parent of a tiny new person for the first time is even harder! Let's be honest labour hurts whichever way it comes out but let's just stop with the judging and start supporting. And being honest. We all struggle. You would be superhuman if you didn't. Don't put on a show. We've all been there, weeping in our pyjamas dreading the health visitors arriving, wondering if our hair looks as greasy as it feels.

To make new Moms or Dads feel a bit better here are some home truths about my experience of child rearing. All could count as failings on my behalf. Feel free to judge me. But in your head. Talk about me behind my back, but don't tell me. Thanks!

* I have had two c sections. I can't discuss the finer merits of pushing something out of my privates as I haven't a clue what it feels like.

* When both children were born I worried if placed on a line up I wouldn't have had a clue which was mine as they all kinda look the same.

* I bottle fed both babies and I feel guilty about it. I shouldn't. But I do.

* Both children had dummies (Erin stopped at three). They may look horrible but hell yeah they make my children happy.

* Ethan often ended up in our bed when he was little as he was dreadful sleeper (what would Gina Ford think???).

* Erin didn't crawl till past one or walk till 18 months.

* Sometimes I wore my pyjamas all week. And I still wear maternity leggings. Even though Ethan is one. 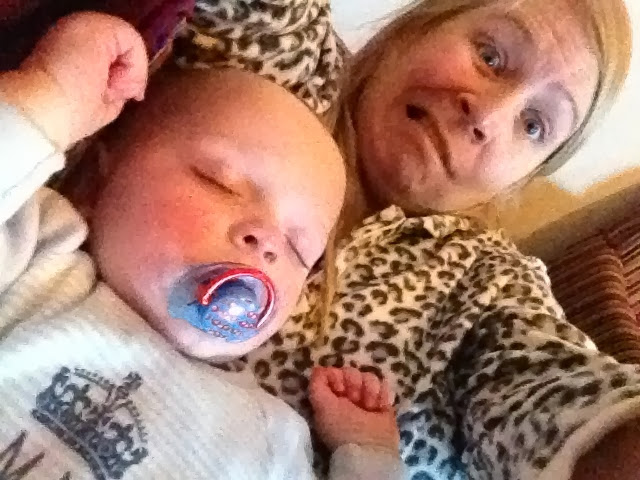 Dummy. Pyjamas. Baby asleep on me not in cot. Bad mommy.

So there are some of my dirty secrets. I'd like to think I'm a good Mom and we are all trying the best we can with what only can be described as the steepest learning curve in our lives. So if you see you friend's baby sucking on a bit of chocolate or you're tempted to tell the young girl at work pregnant with her first that you "tore from here to here". Take a breath and be nice. It's hard enough as it is and if we can't all support each other? Then who the hell will.....