Toddler Tips to make the most of The Flicks!

Erin has been going to the cinema since she was quite little. Probably about two and half? Maybe earlier. First film we saw together was a Barbie one which we loved and since then we have been quite a lot! Watching films is a huge love of mine. So it's something we really enjoy doing together minus the baby (I took him once with us too!)

Some friends of mine are a bit apprehensive about taking their tiny ones to the flicks so here are a few tips to put your mind at rest.

Don't worry! Everyone is in the same boat
When you go to a kids film. It is going to be filled of. Other kids! So there will be lots of chatting and giggling and singing. Your little one won't be the only one being a bit noisy. Maybe start off by going to the cheap kids club films that take place on a Sunday morning. They are always rammed full of children and all parents are in the same boat! Also it only costs roughly a poind so if it does go tits up you've not lost loads and loads of cash. 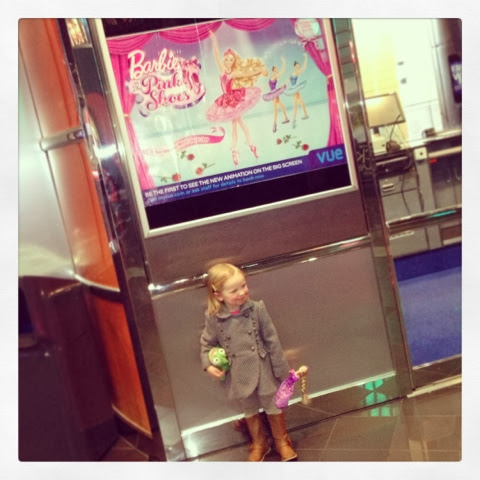 Erin's first trip to the movies.


Or alternatively if you're lucky enough to be at SAHM maybe go mid week? Wed is 241 with Orange Wednesday and the tickets are even cheaper off peak. The showing will be dead and your tot can have a walk up and down a bit if they get restless.

Be prepared
Remember there are lots and lots of sweet treats on offer when you visit the cinema. So either pack yourself healthy snacks and drink (avoiding the concession stand all together) or do a kids treat box. Usually under £3 you can get popcorn, a drink and another snack  Often there are healthy option available in this deal so your child doesn't have to have chocolate or sweets.

Have fun!
When Erin and I go to the flicks I make a huge deal about it. We look at the trailers online, talk about what she would like to see and pick the film together. Think about if they would actually really like the film. We went and saw Turbo. Half hour in? We left. She was bored rigid. Another thing Erin loves doing is having her picture taken with all the cardboard cut outs and huge models (the minion is the fav!) around the foyer. Also if you ask, often they have free posters or colouring in available. We got a brill Frozen one. 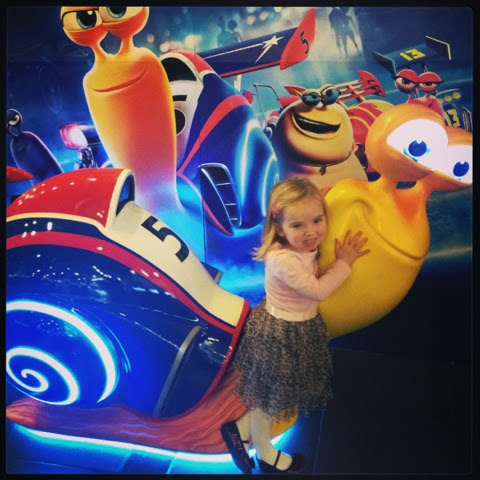 
Potty training dooooom
Can't help you with this one I'm afraid. Erin weed on me in Smurfs 2. Just keep popping to the loo. Hard during the film I know. But try your best and take a change of clothes just in case an accident happens.

3D or not 3D
We have been to a few 3D films. And if you ask there should be 3D glasses on offer in kids sizes. I think for toddlers 2D is better. It's a long time to sit with glasses on. And it is expensive! And they don't know the hell what 3D is do they? And if they do? your toddler is a genius. Congrats!

And finally...
This is something Erin and I do every time we go and see a film. As soon as the titles finish she runs down to the front and dances to the music. She bloody loves it!!!! And often lots of other kids come and have a little dance with her too!

And if there is a serious toddler meltdown and your tot massively kicks off just leave! All the other parents in the cinema have been in the position where their child goes a bit bonkers so they will totally understand. And look on with sympathy (secretly glad it's not theirs...this time).

Good luck! And have some pick n mix on me!