At the moment I am on a train. To go and visit my sis in London and also...go to a Taylor Swift concert. Ok you know how I love reality TV? Well I also really really REALLY love pop music. Yes it's not cool and it's not hip (does anyone even say hip anymore? That's how unhip I am). But it's so much fun!

When I was 14 I fell in love with one Mark Owen. Which swiftly changed to Gary Barlow. Not the gorgeous, smart, witty, matured beautifully, Gary Barlow of 2014. No, the slightly tubby with a crap haircut Barlow circa 1992. 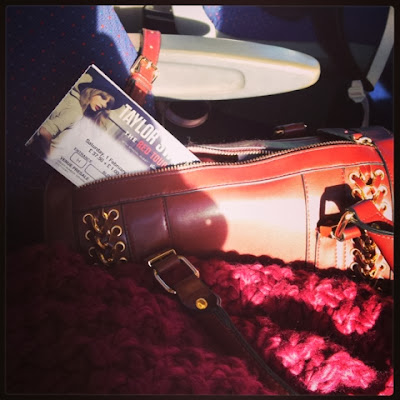 Swifty tickets ready to be used!

For the next four years I turned into one of 'those girls' who could easily have been featured in a channel 4 documentary about 'fans' (stalkers). We did things that I would NEVER allow my Erin to do. We travelled up and down the country seeing bands. Stayed in hotels (20 to a room). Sat outside their houses (come on Robbie only lived in Stoke, it would be rude not too). Turned up at radio stations. And generally made an utter nuisance of ourselves.

Please do not think we ever did anything rude with these men. No we, well I, was horribly unattractive. I thought it would be really cool to actually dress like the boys we followed. Mmmmm. Yeah that's a great idea. So bomber jackets, plaid shirts, jeans and boots with wood in were the 'fans' outfit of choice. Fit.

I had the best time of my life and I think all the travelling and meeting of like minded 'fans' made me who I am today. I'm quite a confident person and if I see Jason Orange in Euston station (like I did a couple of years ago) I have no problems in (mortifying my husband) and stopping them for a chat (he was rude but that's another story). 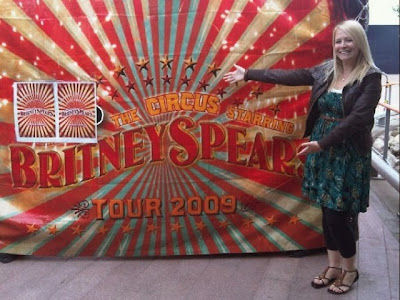 Britney how I love thee even though you're bonkers.

This year I am also going to see McBusted (McFly and Busted) and also BSB (Backstreet Boys and All Saints). Last year I nearly imploded with delight at dancing to Five at The Big Reunion concert. Pop isn't about heartache or longing feelings or depressing or sad. It's just pure cheese. You can pop on Spice Girls greatest hits and dance around to 'Stop' and immediately feel happy.

So tonight I am going to have a few cheeky over priced Malibus at the O2 and dance to 'Feeling 22'. Granted on the outside I look 36 but inside? Me and my sis will be feeling 13 and 15. But with better hair and no bomber jackets. 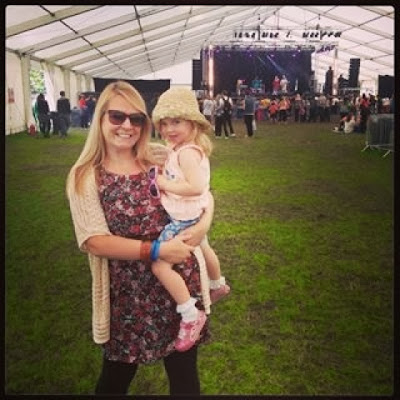 My Girl has even seen Blue!