I'm generally a happy chappy and enjoy a good laugh and my blog reflects that. But this week our family was rocked with the death of our little cat Babs. Sorry on two accounts 1) death is uber depressing and 2) some people just don't like cats. I love them. In fact one may say I am a mad cat lady. But I also have a dog too so I'm just a mad animal lady.

Anyway we knew Babs was going to have to be put to sleep as she was super poorly, we just didn't know how Erin was going to react. Ethan hasn't a clue. He doesn't even know what a cat is yet, bar something to torture. How on earth were we going to tackle (gulp) death. 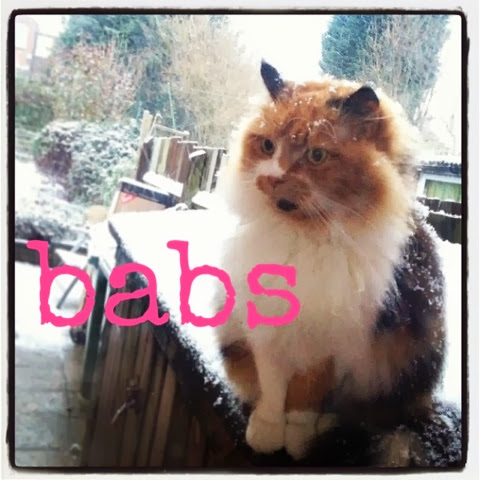 I'm not really religious. I'm an RE teacher and have thought about it a lot over the past decade of teaching, and have come to the conclusion that I'm just not sure what happens when when we die. I love teaching religion and learning about religion and sometimes I'm jealous of those who do believe in an afterlife. But I just don't at the moment. However there was no way I could explain that too Erin. So I went down the heaven route.

I told her Babs was very, very old and very, very poorly (stressing how she was loads older than Great Nanny Joyce and that she was far poorlier than just having a cold. I didn't want her to think that all poorly or all old people were on the verge of death). That we weren't going to see her ever again. And she was going to live in the white clouds. 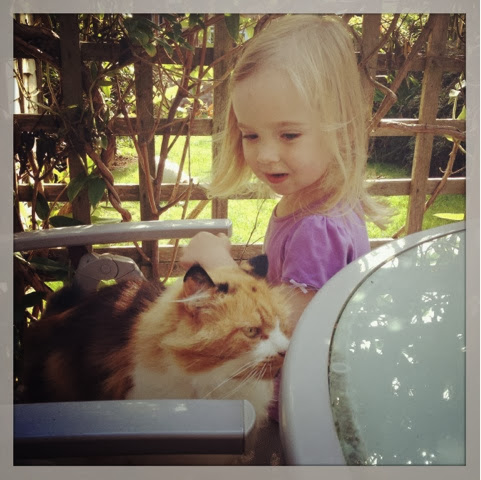 We had a little chat about heaven. And what it would be like. Erin said that she thought Babs would enjoy sliding down chocolate slides and watching TV. I agreed. She gave Babs a little dolly to take with her and a kiss on the nose and that was that.

Whilst we were eating dinner that night Erin started talking about us going on the plane for Nanny San's 60th. And she said when we are on the plane we can look out the window and into the white clouds and see Babs going down the chocolate slide. I liked that idea. 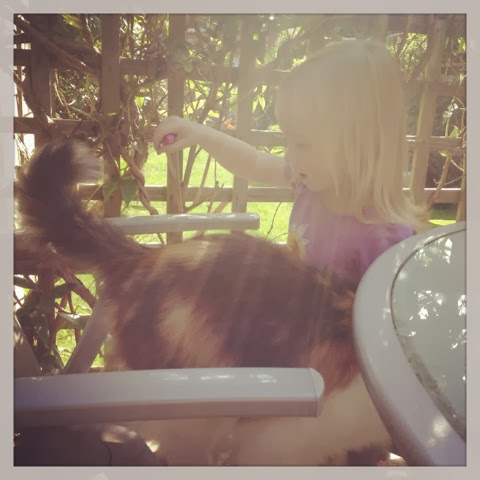 Today Erin told her ballet teacher she intends on getting a new cat. And it will be pink. So I think she's over it. Which I'm really happy about.