Today is Mothers Day so I thought I would write a bit about the original brummymummyof2, my mother. She is brummy. And she has two children. Me and the sister. Who currently resides in London. Mom had us in her early twenties and managed to raise both of us without the aid of gro clocks, or baby monitors, or Gina Ford or pull ups or a whole host or other things we take for granted. And we both turned out relatively normal!

We generally take the mick out of the mother. We enjoy saying she looks like Deirdre Barlow. When she gets her hair cut we always pretend it looks dreadful. She takes it all in good spirits. I think that's just the brummy way? I fully anticipate my children to do the same. In fact I encourage it and I will enjoy embarrassing them in public. Bring it on.

The mother has taught me and the sis some good values. She worked hard to get us into the best primary schools before people really thought about such things. We went to the local grammar school with her help and both ended up going to uni despite her and my Father not doing so. I've even got a Masters! Oh I'm dead clever me. 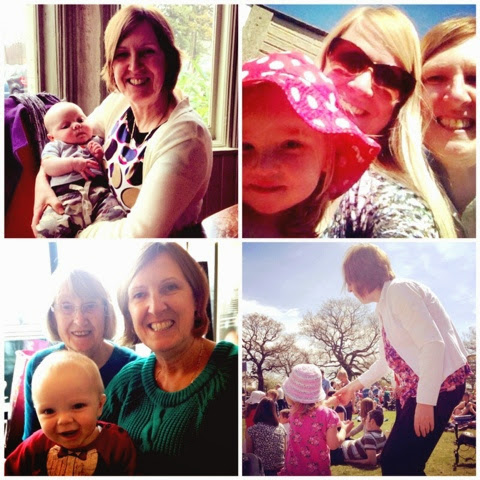 The mother is always willing to help out whether it be feeding the cats or getting an emergency duvet sorted when the kids have been sick on every other one in the house. She retired early and now along with the Father looks after the children two days a week. Without their help I most definitely wouldn't have been able to go part time. Which I will be forever indebted to her for. She's a fab Nanny and the kids love her.

So hats off to the Mother. Yes we take the mick but it's only because we love you! I have included a selection of some beaut pics and some quite frankly just funny ones. Well we wouldn't want to get too soppy would we?

(PS the old lady in the piccys is the original, original brummymummyof2! My Nan. In her 90s and still going strong. Big up her bad self). 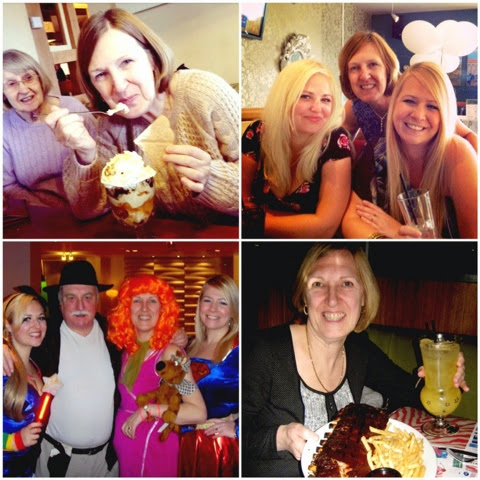