Well it's the time every mother dreads (other than world book day). The day our creative skills are completely on show for everyone to see! The awful and time consuming 'Easter Crap Hat Parade'. Or more often called the 'Easter Bonnet Parade'. Shudder.

Last year I did it whilst owning a tiny baby and I'll be honest it nearly tipped me over the edge. I tried to be a bit creative and use my initiative. This was a big mistake. It essentially meant when I went to watch the parade all the bits fell off the girls hat. I even went armed with superglue which is not the best thing to be carrying with a baby and a 2 year old. This year? I hit poundland hard. Spent £5, which included the glue, and decided to tackle it using only these things. 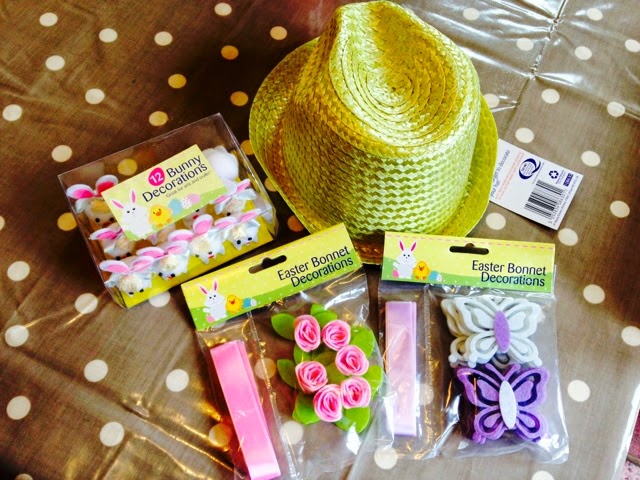 And you know what? I really enjoyed it this year. I took the pressure off myself. And thought about what it really means. It's just a hat. And as long as the girl likes it? Then that's enough for me! It had all the things she loved on it pink and purple, bunnies, butterflies and flowers. We started it off together. And then I finished it off whilst she was having her bath (with her Dad obv, she's not taking baths alone). I watched some vlogs whilst doing it and had a nice cup of tea. 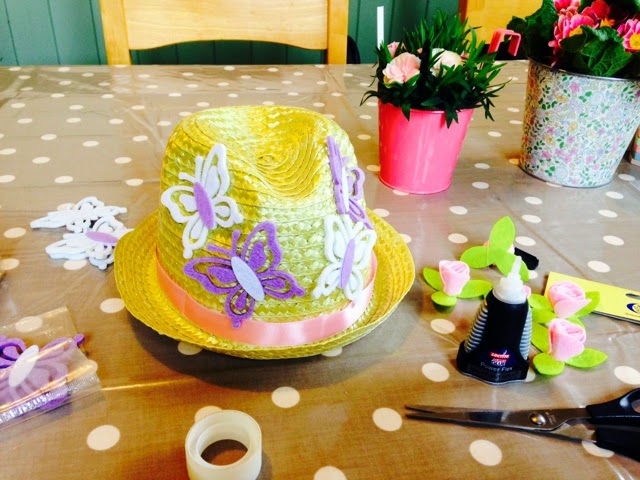 So here it is! Ta daaaaaa! The girls Easter Crap Hat! And believe you me. When I dropped the girl off this morning I also handed over a big bag of bunnies. In case these buggers fall off too!
PS since the original posting of this I, sorry I mean the girl, won the Crap Hat Parade!!! Against a Spider Man and Monkey hat. And won a really religious Lion King book. Boom! 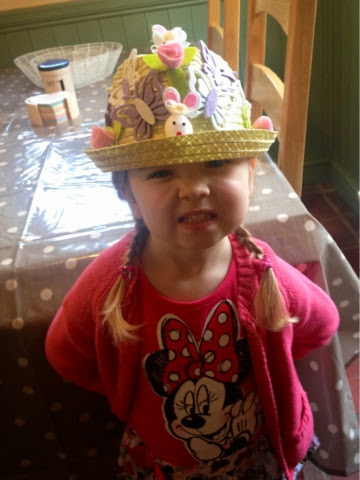 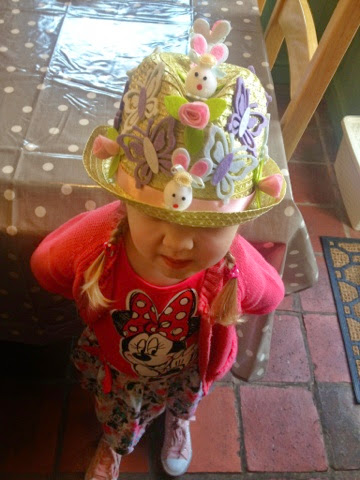 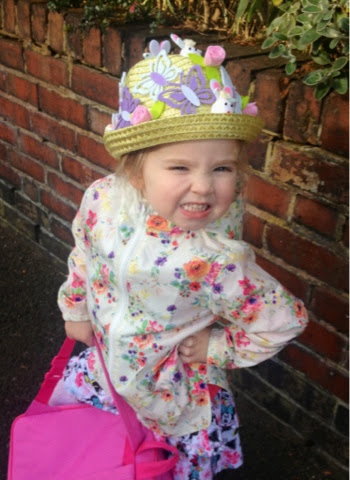