Think back to a film that really scared you. Made you fearful to go to sleep. Or be a little bit worried when you went to the toilet in the middle of the night. I bet that terrifying film had a creepy kid in it didn't it? Like the weird twins in Shine or lest we forget shudder "I see dead people". Lets face facts. Kids are cute. But there is a fine line between cute and them turning into a creepy fucker.

Since having children I have mainly been in love with them obvs. But sometimes? They have scared me. It's generally when I'm alone and there is no one to back me up that I am just being slightly mad.

Sometimes they look. And laugh. At nothing. Or a slightly ajar door. This mainly happens when they are babies. I immediately think to all the films that say kids can see spirits. And then panic like my house or child or both is possessed. 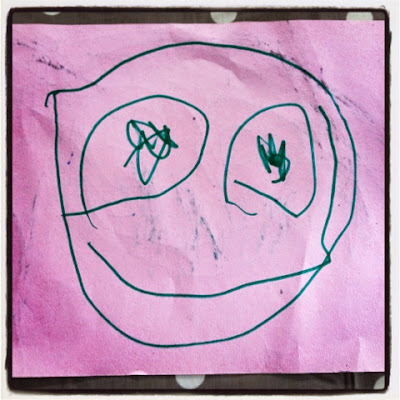 They produce the worlds most horrific art. To them it is a smiley face. To me? A manic smile of a murdering spirit that lives deep inside them. And at any point will come out and run amock whilst I sleep. And don't get me started on when kids start lining things up in rows and rows. I nearly got the child psychologist out.

I maintain that all kids toys are scary. It's the dead eyes and odd moving limbs. Or the way that sometimes turn on when you're alone, the kids are in bed and you are just about to watch Real Housewives Of New Jersey. All of a sudden in the distance you will hear "it's learning time" and for a split second you think it says "it's murdering time". And you freeze. 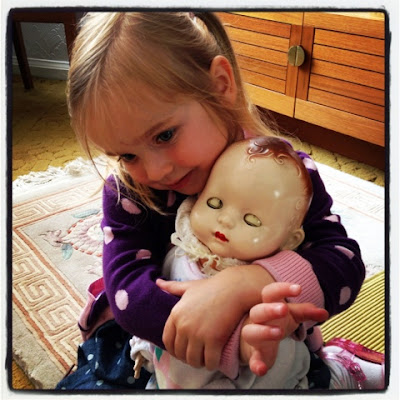 And finally. The most frightening thing. Imaginary friends. For anyone that has seen Mama or Paranormal Activity 3 we alllll know that imaginary friends? Evil spirits. Fact. Evil spirits that will play with your child and then lure them into doing something not very pleasant. When the girl discusses her imaginary friend I quiz said friend to check the evilness of it. Once the exasperated toddler said "Mummy, it's not real". Yeah I thought. You would say that.

Now you could say I have an overactive imagination, or watch too many scary films or eat too much cheese before bed. But I tell you, the next time the mobile in the nursery turns itself on in the middle of the night. And you hear to plinky plonky sound of twinkle twinkle whilst your baby giggles? Run. Run as fast as you can.
Share:
Posted by brummymummyof2
Labels: art, children, creepy, funny, humour, kids
Newer Post Older Post Home