On Sunday as I was dozing in the film Postman Pat whilst my girl was transfixed, I spotted something. Something that shocked me to my very core. In one scene. There was a little stats shot on Pat. Name: Pat Job: Postman etc and the age bit said he was 33. 33. THIRTY FLIPPING THREE??? But that means I am three years older than POSTMAN PAT!!! Who I feel always comes across as right old fuddy duddy. Right?

How the god damn hell was this possible? That means when I was in sixth form he would have been a mere third year at school (am I the only one who still judges people by the school year they are in?). What the actual hell! It dawned on me as I rammed pick n mix grumpily into my gob. I was old. It was official. If I was older that stupid Pat. Then? I was like proper old.

I don't know how this happened. It seemed that one point in life I was hip and trendy and down with the kids. I wore nice underwear. Hell I even owned a Marc Jacobs bag! And now? Mmmmmm I wear the worlds largest pants (so large today my girl tried to don it as she thought one pair was her vest, true story) and I own far too many Cath Kidston bags. The floral print which I so crave has to be up there on the lists of the desires of an older lady. 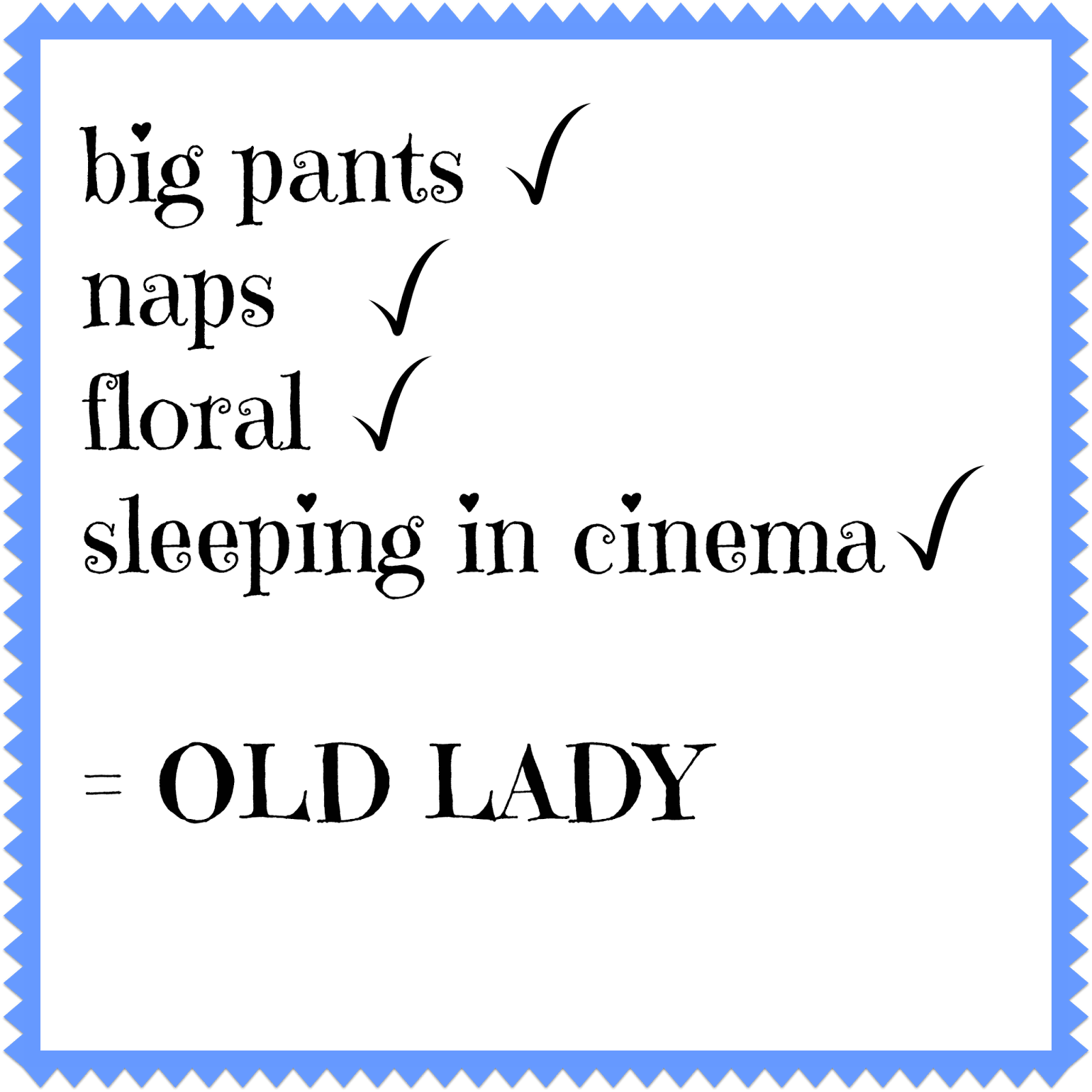 I always remember in 'Sex and the City' when Carrie turned 35, which at the time I thought was like well old. You know it's the one where no-one turns up for her birthday, she wears the most ridiculous headband and then drops the birthday cake she brought herself. How tragic I thought at the time. A) stupid headband B) how crap having all your friends to busy to hang out with you.

Now that's me that is. Minus the headband. I prefer the top knot or side plait. Probably looking equally stupid. It is so hard as a group of friends to get together. Friends have moved, had babies, got hectic lives. Life just kinda got away from us. My main social life now is play dates, which manages to combine gossiping and tea. Rather than nights out combining dancing and booze.

OK, in the scheme of things I am not really that old. And I'll be honest I am a lot happier that I was in my early 20's. I care a little less. And hell yeah I enjoy a bloody good nap. My pants are big but at least they aren't up my arse. The friends I have now are in for the long haul, seen me look a state with leaky boobs and manic, hormonal weeping. But you know what? I refuse to believe I am older that Postman bloody Pat. He so must have lied on his job application. Sly sod.