Why I am choosing to ignore my daughter.

I now work part time. Which means five days a week I am with my young children. Which is amazing. We go out most days and have adventures in farms and parks and zoos and (urgh #stinkyballs) softplay. We have been to music classes and dance classes. Also as I do long 11 hour days with the two of them let's just say we may (ahem) watch a 'smidge' of television. Recently however I have become alarmed by my girls behaviour. She is loud and bubbly and hilarious and such good company. But? She is seriously lacking in imagination. And basically. This is my fault. She cannot play alone. At all.

She plays tea parties, if I am a recipient of a cup of tea, she will play princesses if her brother is dressed as a fairy, she will draw if I watch and 'read' if I am sat with her. She has never once asked if there were monsters lurking under her bed, or has ever played for hours with her three, yes three, Disney Princess castles. I rarely hear her talk to herself pretending to be a shop keeper and generally she can be found one foot at the most away from me at any one time. A trip out to Thomas Land.

When she is with her Grandparents they, quite rightly so, indulge her with all their time and love and energy. At weekends her Dad, who doesn't see her much during the week, understandably likes to make every minute jam packed with play time, swimming, trips to the cinema. She knows how to work a tablet and can often be seen taking photos of us on her Dad's iPhone.

Today, I have told her that during the week? This is going to be stopping. That she is going to have to learn how to play alone. That I won't always be around to drink imaginary tea. That the television will not be permanently on in the background (she sobbed when I told her this. Sobbed!). When I was a little girl, I thought that one of the roads by my house actually led to Sesame Street. We used to play for hours outside and pretend we were in The Red Hand Gang. I want my girl to lie in bed at night and dream away of magical far away places. Not think just about Butlins or CBeebies Land.

As a teacher I have often seen pupils come into secondary school devoid of imagination. They struggle with creative writing. They find it hard to articulate their own point of view. But ask them about the inner workings of the latest tablet and they can show you in two minutes flat. With the current performance related play pressures of working in education we spoon feed the children to get the results we want them to get. But in my own home? I can play the game any way I want. 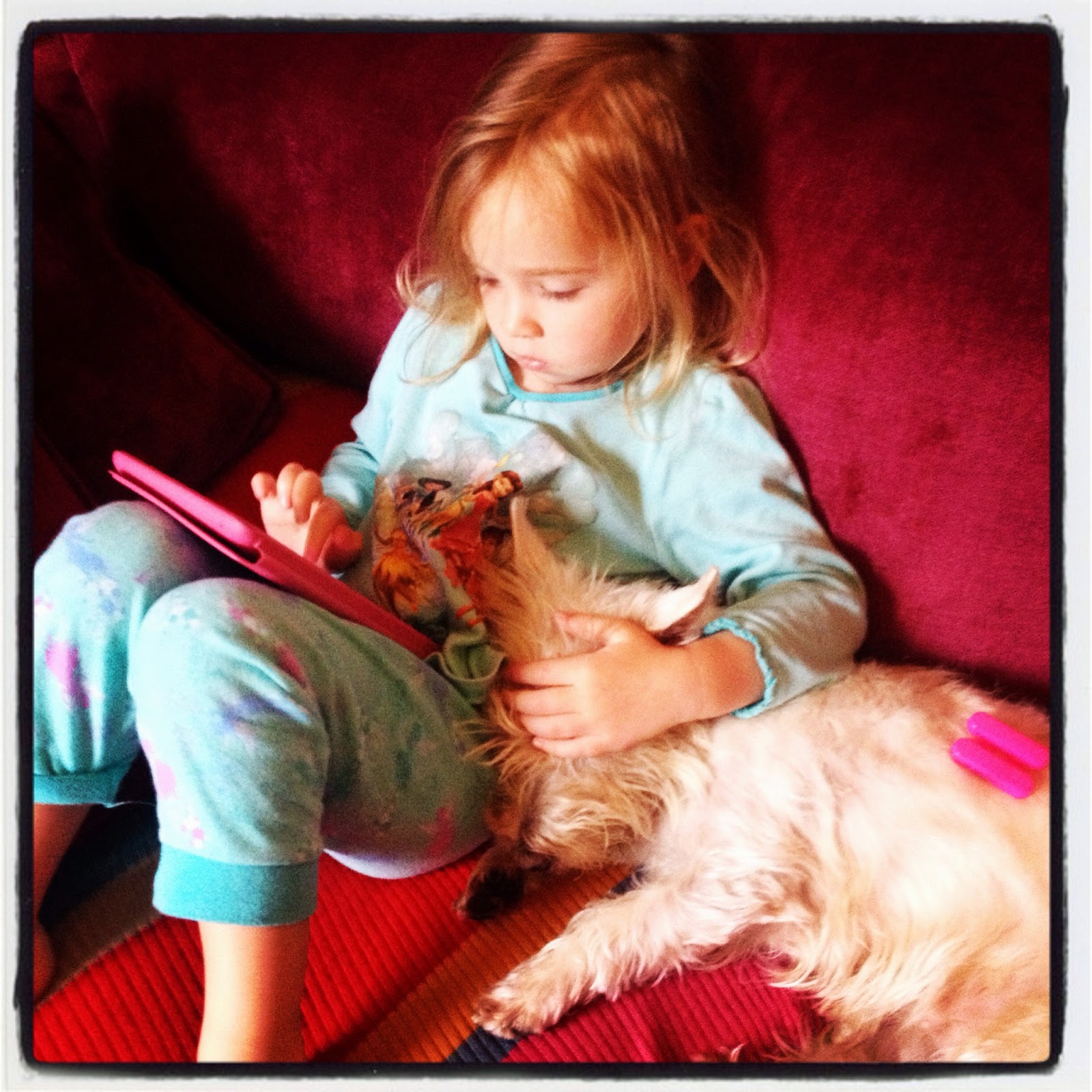 On the tablet. Again.

Let's be realistic. Peppa is not going to vanish from my television (no such luck!). I am still going to go out most days as I think trips help to educate children (and keep Mummy sane). Nothing better than learning about a pig, by seeing a pig in the flesh. But. When we are at home? I am going to at times ignore my girl. If she offers me a cup of imaginary tea I shall ask her to give it to her imaginary friend, if she comes and sits on my lap in the garden I am going to point her in the direction of the fairies I swore I saw in the play house.

So hopefully soon enough I will be recording in this blog funny made up stories my girl has told me, or maybe I can film shows she has put on with brother and a cast of thousands. And if she finds an imaginary monster under her bed? I shall send her Dad in with his imaginary sword to slay it.


What do you think? Do you encourage your child to play alone?
Do you have any creative ideas you could offer me?