Why staying indoors with children is A BAD IDEA!

You awake and you think oh you know what I fancy? A nice day in the house, pootling around, watching a bit of Real Housewives, having a nice cup of tea, putting a few loads of washing on. Nothing too glamorous. A chilling day. And then shit, you remember. You have children. Bollocks. And then this is the foolish idea you should always avoid "It's OK. I shall stay in the house with my two tiny children. They will be fine and play nicely all day. In fact it will be great!"

STOP RIGHT THERE! Put the internet on, find the nearest soft play, get yourself to your local sure start centre and eat some manky dirty nana with other tired parents. ANYTHING! Staying in the house with children is one of lives more foolish endeavours. And if you want further proof. See below a selection of pictures of what happened last week when I forgot the utter doom of staying indoors. For longer than two hours. With two toddlers. Shudder: 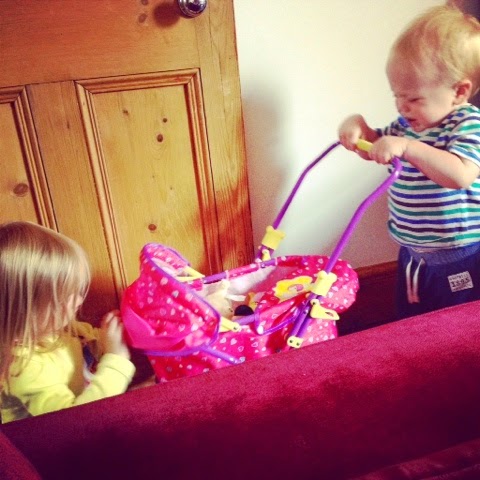 Relentless fighting over crap toys. Apologies about the blurreness of the photo, it was like an action shot, but seriously. This argument went on for most of the day. In the end? I used it as a bit of a reality show. Like a Big Brother task. Back story. There was an tatty old buggy they fought over. So I brought this new pram. Now no-one wanted the tatty buggy and so? They just fight over this f*cking Peppa Pig pram. Put Peppa on a turd and they would want to play with it. 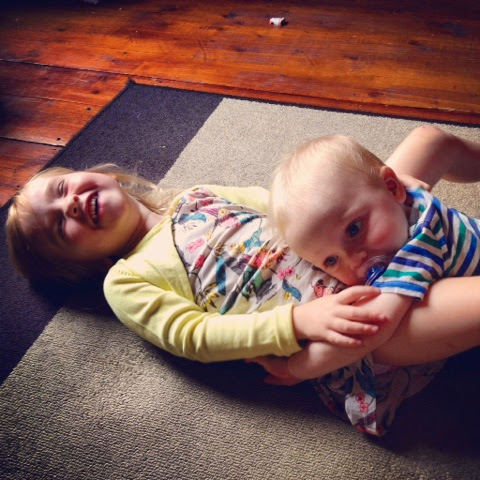 RELENTLESS FIGHTING WITH EACH OTHER

They then moved onto just fighting each other. It started as like lovely, yet aggressive cuddles, then proper rugby tackles, with hair pulling and there was an actual bite from someone (not me promise) at one point. One was always laughing whilst the other wept. I'm not sure who won really? It certainly wasn't me. Please note yes I did take photos and also just stood there and watched them fight. Call me mean, but this had been going on for an hour. There was no weapons involved unless the dummy can be used to harm with intention. I'm sure my boy could find a way. 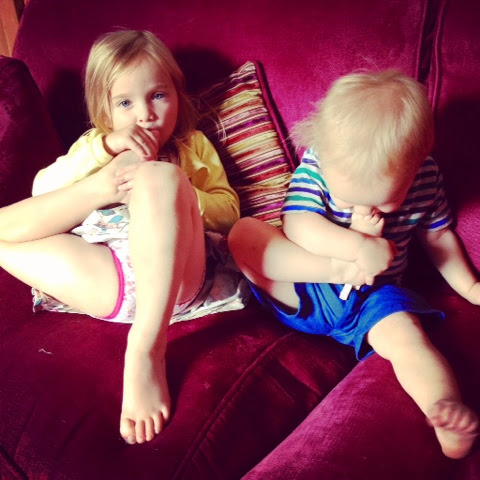 Yep. Then this happened. This was weird. I'm not sure how we got into a 'putting our feet into our mouth' stage. I think maybe it was just utter boredom. You know you're bored when putting your toes into your mouth seems an hilarious idea. I imagine this is the kind of thing that would perhaps happen in a mental asylum? Look at the girls steely determination, look at the boys crazy 'fight hair'. And worryingly? I joined in. Thank god they can't take pictures just yet.*

So if you ever think about staying in the house, with two teeny tiny children. Go back and look at this blog. Think of the fighting, the mess, the crying, the shouting and rush out to the local park stat. Don't say I never warned you.

*on a side note I can fit my foot in my mouth. At the age of 36 and after two children? I think this is a marvel.