A Day Out at In The Night Garden Live

Two years ago, when I was pregnant with my son, I took my then 18 month old little girl to see In The Night Garden Live. And it remains one of my most special memories. I sobbed and sobbed, as it was the first time she had really seen a show and she was just so happy. It was adorable. I looked like an utter maniac. Now my boy, the sod, is not a huge TV fan. There is no bunging on Peppa whilst you make a cup of tea, however he is occasionally tempted to watch ITNG before he goes to bed. So I thought I would buy tickets to the annual tour of the show. Here's a quick video to show you what happened! (imagine me weeping throughout).


It is held in this most bizarre of blow up theatres at Cannon Hill Park, which is one of my favourite places to visit with my family during the weekends. There's a nature centre there, a lake, beautiful flowers, a really nice cafe at the Mac (which is also a theatre and cinema). Its brilliant. Also some nice playground areas. Oh and make sure you take a few quid as there is a tiny toddler fair there all year round. We went with my rents to celebrate my Dad's birthday. 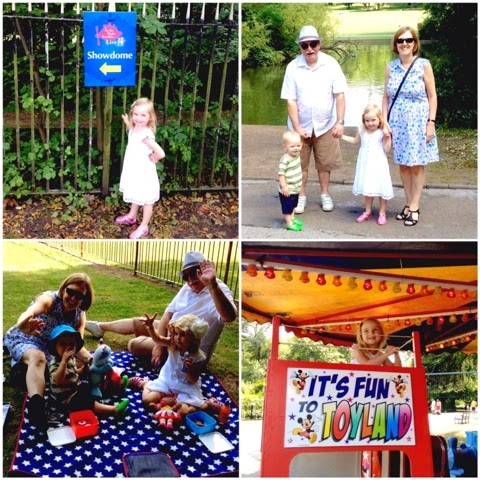 The show itself is magical, it's in a relaxed environment where you sit on steps rather than chairs, the kids can talk and sing and jump around. There is plenty of room and as it was really hot we were given fans which proved helpful. It's like a 360 degree experience. The pinky ponk is on the screens around and above you, Derek Jacobi does a show count down and ever so often you hear the squeak of IgglePiggle in the distance. 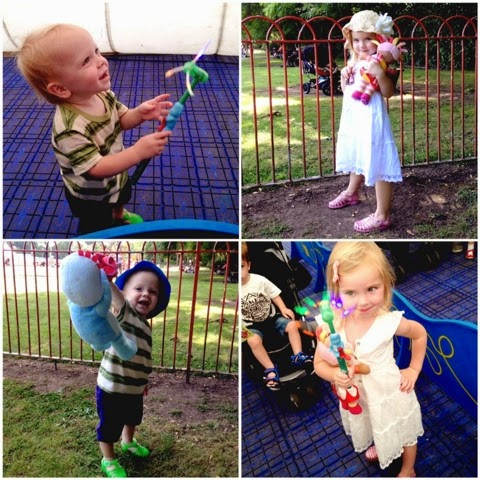 What I like most about the show is? It's really them. Yes I know I sound stupid. But? It is really like them? In Disney it's aces seeing Minnie but Minnie is a cartoon and she doesn't look real on the TV. The characters at In The Night Garden Live look JUST like them. Like they have jumped out of the screen and in front of you. Which is why I think I weep so much. It's the magic isn't it? The magic of my children thinking that IgglePiggle and Upsy Daisy are really there, in front of them. In fact my boy was so upset when Macca Pacca walked off he screamed! 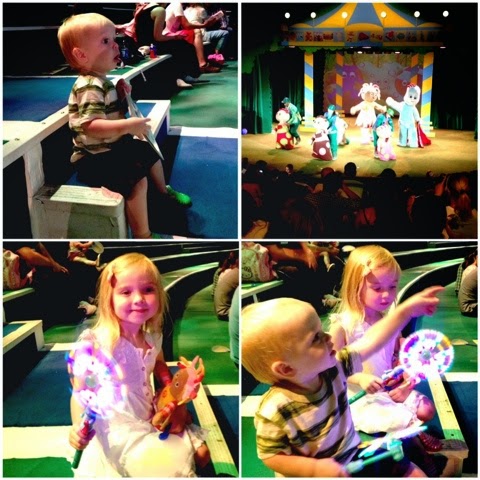 A few tips though if you intend to go (and you should!): 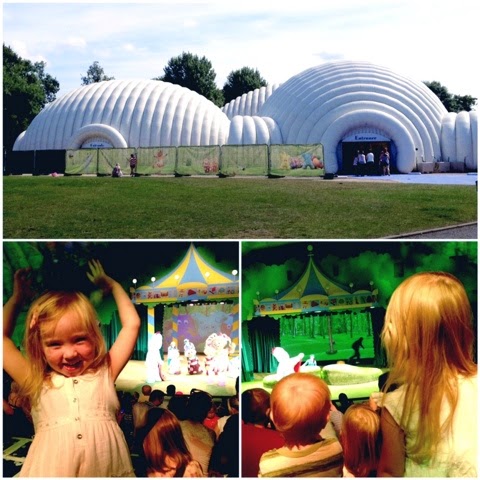 So, I wept, my Mum wept, my Dad wept, my boy danced, my girl sang and we all had a great time. I am sad that chances are I won't see the show again as I doubt there is a number three coming at any point! But now I have photos and a video that I can watch forever. And have a good weep ever so often. Aces

In the Night Garden Live continues at Birmingham for the next week and then spends the summer going to Manchester and Glasgow. Look for tickets here.