This week I took my two toddlers ice skating. Alone. It was hilarious. If there ever was a scene in Bridget Jones, and she was a Mum of two and they went ice skating? It would have been that. My gusset was round my knees. I screamed continuously. A lad, who was so young I probably could have taught him, had to help me scrape my children off the floor. It was hilarious. Probably dangerous. But just brilliant. Seriously brilliant. You see. When I am with my children? We are untouchable. Together they can drive me mad. There's sometimes where I cry and they cry and we all cry. But then there's times? When the world stops. There's just us three. And we are team. Best friends. Like Bros. I'm probably Craig. 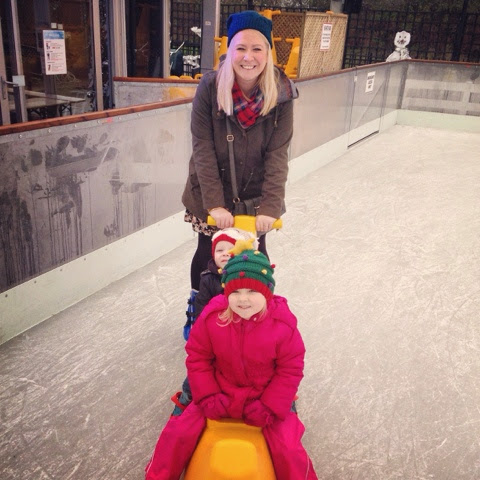 Laughing as my gusset is round my knees

On 'ice skating day' we were out of the house for nearly four hours. And I can't tell you how we spent the time. I do know I ended up getting conned into buying the dog a jumper and a ridiculously overpriced 'elf' for the playroom. We just walked around chatting and going for wees and eating and falling over and the odd shout or scrap. But I couldn't tell you if anyone else looked. Or tutted. Or raised their eyebrows. But I did see the odd smile as I shouted "put down that glass". And I defo heard a giggle as my girl did a full on dance routine to the very festive All Saint Pure Shores in the cafe. 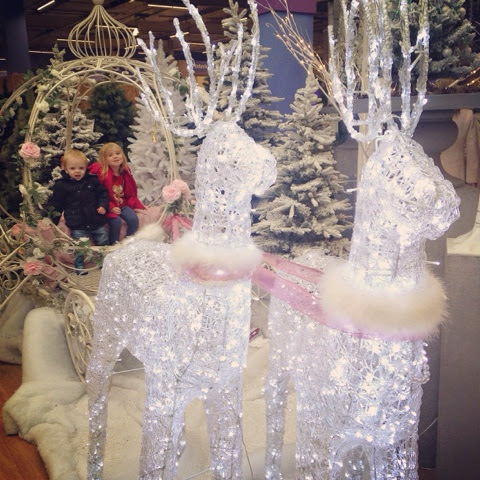 Four hours in a garden centre. We could have lived there!

I have learnt that the best thing to do when I'm with two toddlers is block out everyone else. And just focus on us. If I feel like taking the two of them to a theme park alone. I will. If I want to brave shopping. I will. The best advice my Dad ever gave me when I used to worry about the children crying endlessly in public was that everyone has been a child. Or knows a child. And everyone has been there. Yeah sometimes they forget and have a little moan. And believe you me I have had the odd shout at old ladies who've passed a rude comment or six. 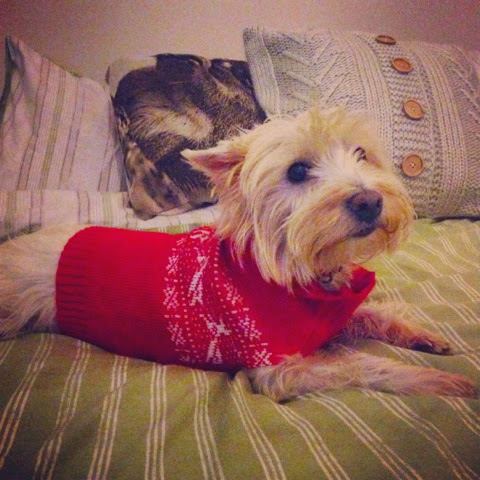 My advice for anyone when they are going out with their kid is? Just be a team. There will be some games you lose (for example when I took the two of them alone to Cadbury's World and my girl screamed so loudly over a pack of mishapes we had to leave after twenty minutes) but there are some games you win. And those seven to ten minutes ice skating where we screamed and laughed, right up until the point we put the overpriced jumper on the dog hours later and screamed and laughed all over again? We were perfect. We were? Untouchable.