Congratulations! Your child has been chosen to feature in the nativity play. OK so every child makes it into the nativity play but let's ignore that small and irrelevant point. And this half hour (and let's be honest it's a bit crap) play. That comes but once a year. Is enough to send a sane woman. Cray. Like proper cray cray...

1) the letters come out. You rush to see. Is your child a donkey? Or a rogue weird nativity alien? YES! They got the star! Not as much pressure as Mary. And not as much to do as the Narrator. Perfect. Sainsburys outfit for £6. Sorted.

2) it appears your child has to sing a solo. Like an actual solo. Your heart nearly falls out of your arse from sheer worry. And remains there for the next fortnight.

3) hey a solo is not too bad. Noooo. It's going to be great. Let's not build it up into anything big. It's just a nativity after all. Let's keep some sense of proportion. 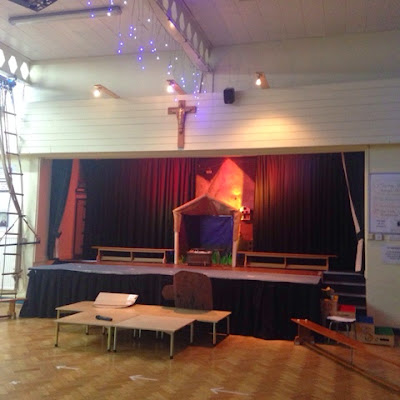 4) 10 minutes later you rush out to buy a microphone from Argos to practise on. Better to be safe than sorry eh?

5) you vow not to mention to anyone your child has a solo at the school gate. But like some weird Nativity Tourette's. You mention is approximately every three seconds. You find yourself telling the bin men. And the postman asks how the rehearsals are going.

6) the Sainsburys outfit on reflection just does not cut it. You think back to Boyzone in dungarees on one of their first TV appearances on that Irish chat show. How they always cringed when it cropped up on Live and Kicking whilst Zoe Ball howled with laughter. When your daughter is a star you want the 'this is the moment when it all started...' To look good. You pop out to Debenhams. And invest in a ridiculously overpriced tutu. 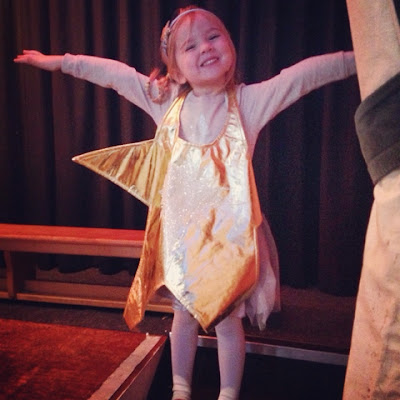 7) the night before your heart is now pounding so fast you make a vow to sing Wizard if she forgets her words. Get everyone to join in. It will be like Love Actually or something. Failing that you will flash. Or flip a table. Or a combination of all three.

8) you arrive bright and early to queue for seats. You are at the front. Lovely.... THEN YOU SEE SOME F*CKERS SNUCK IN EARLY AND ARE ON THE FRONT ROW. Don't they know your daughter has a solo? Don't you know this moment needs to be filmed for Saturday Morning Kids TV 2030???? B*stards! You secretly hope their sheep child trips. Or cries. Or wees themselves.

9) you have two phones and a camera poised and ready. The headmistress informs you are not allowed to show any footage on social media. WTF? What's the point of milestones unless you instagram the hell out of them? You spend the first 15 minutes of the show trying to film your child and not getting anyone else's face in it. Or think of ways to pixelate. En mass. 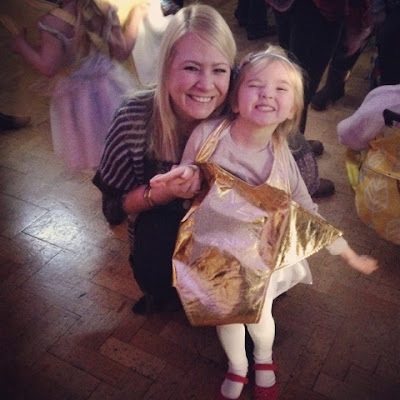 10) your daughter. Stands up. You can't even see her overpriced tutu. Her Sainsburys outfit is proper wonky. Her hair looks a bit of a mess. She starts to sing. And your heart stops. You can't breathe. You want to stand up and scream "I made that beautiful, glorious creature". You look around. And every parent is gazing in awe at their own child, the sheep, the donkey, the weird Christmas alien. Each equally important. Each equally amazing. You give a mental high five to baby Jesus.....