The Sound of Motherhood

When I was in my one and only 'how to have a baby' class at the local hospital (we never went back after they made my other half do role play with strangers) they talked about the noise one makes when in labour. They said it was almost animalistic. A guttural howling. Like a man changing into a werewolf. Pah! I thought. Not me...

Cue five months later when I am hanging off the bedroom radiator screeching at the top of my lungs whilst my husband looked on terrified. Wishing he was back doing drama with random men. I'm not sure why, but since giving birth I am now devoid of ANY dignity. Once you have had more than one hand shoved up your privates you kinda don't give a sh*t anymore. That wolf like howl is the just the first in list of very loud moans and groans and sighs I make now I am a Mum. Not sexual of course. Whose got time for that? There's episodes of Made In Chelsea to watch...

The Early Morning Groan
"Muuuuuuuuuuuuuuuumy" you hear. You look at the alarm clock. It says 5:37am. And you sit up. Throw your legs over the side of the bed. Rub your eyes. And groan. The only way to explain this noise is the sound of a Mummy in an old Scooby Doo cartoon. It's a groan to represent it's early, it's cold, it somehow seems TO BE YOU TURN TO GET UP AGAIN. It's a groan of sad resignation. And you have learnt this groan is far more productive than screaming at the top of your voice "Oh for f*cks sake!". 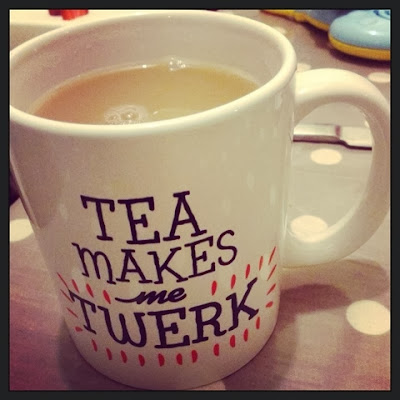 The 'nice cup of tea' Slurp
I spend a lot of my week with two very small children. I talk about Peppa. I sometimes watch Frozen (ALL THE TIME) and occasionally discuss "choo choos". Essentially? I have lost the plot. I find myself. When I have a luke warm drink at any point of the day. Doing a huge slurp and saying to no-one in particular "Ohhhh that's a nice a nice cup of tea". I often make the slurp and then look at the dog and say "nothing like a nice cup of tea eh Lucy?". She looks at me like I'm a pr*ck.

The Wee Sigh
Yesterday I went to London. I did a wee before I left the house. I did a wee when we got to New Street. And when I had to go one and a half hours without the ability to go for a wee? It was torture. I got to Euston. I sat on the loo. Did a wee and let out the biggest SIGH known to man. It's the wee sigh. Since children I spend my whole day needing a wee. But never quite finding the time to go and when I do? The sheer relief? "Siiiiiiiiiiiiiiiiiiiiiiiggggggggggggggggggh". And if other people hear my wee sigh? That's fine. It's a sound of triumph! No shame in that is there? 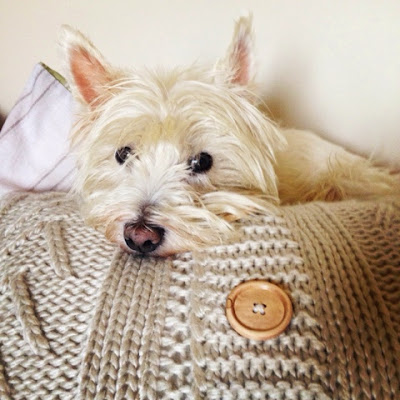 Stop talking to me. I'm a dog you pr*ick.

The Mum Tut
I tut ever such a lot now. Mainly at youths. I tut if someone walks past me a bit quick in Asda. I tut if someone's child shoves mine in the soft play. I tut when my husband...well I just spend most of my time tutting at my husband. The tut is also accompanied by an eye roll. An eye roll doesn't make a sound but if it did? I would like to think my eye rolls would sound like nails scratching down a chalk board.

I am sure that there are many other noises sounds I make to myself. It's like my internal dialougue is now out there in the open for all to see. The rantings of a mad, exhausted, mid 30s loon. But you know what? I don't care any more. I have no shame. Just a very, very weak bladder.