The Seven Deadly Sins Of Parenting

When I became a parent I thought it was going to be plain sailing. That I was going to be calm, and cool and just well f*cking ace. That lasted for all over 7 hours until I realised they had to be fed more than three times a day (a lesson in actually bothering to read baby books there folks) and they cry. A lot. More often than not when I am in the company of my two little ones I am a nice person. As regardless of how much they FRUSTRATE me, as a parent 90% of the time I try to act like I enjoy it and the other 10%? They are shoved on the tablet or in front of Peppa whilst I hide in the toilet reading Heat magazine and ramming a Crunchie down my gob.

I found there were hidden parts of my personality that came out that weren't really all that attractive. A side that when my husband sees it he, and this my friends is a direct quote, "just waits for the storm to pass". So behold the Seven Deadly Sins of Parenting. Whilst you may rock at most of the time? That other small percent? You are doing a few, if not all, of these bad boys. 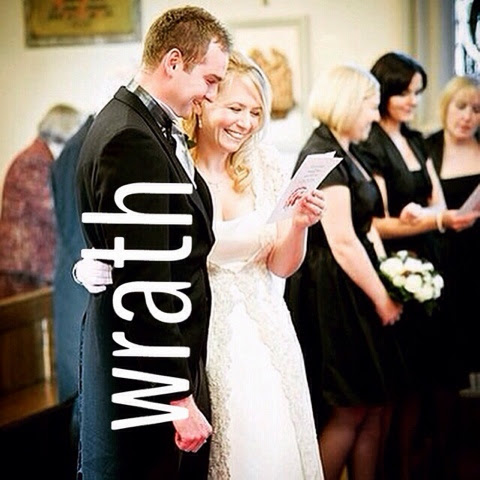 I vow to shout at you if you are late home from work. Even when it's not your fault.
Wrath
If my other half is home on time. There is peace in the house. If my other half is more than 7 and a half minutes late? I HATE HIM. I scream down the phone. I ignore the fact there is a traffic jam. How can he not have known there was going to be a totally unpredictable traffic jam? THE FOOL. That 7 and a half minutes goes slower than the whole rest of the day put together. B*stard. Earning money to put food on our table. How dare he? 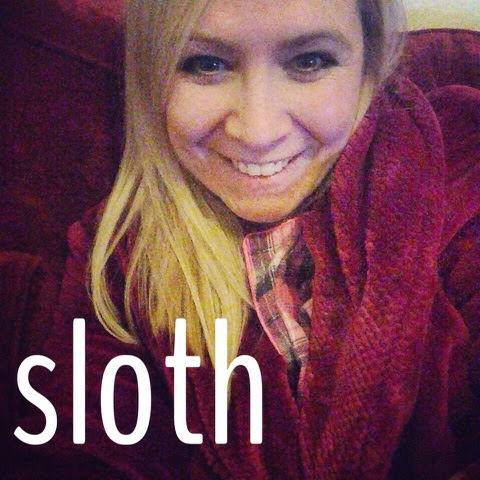 Rocking PJS and a dressing gown on a Friday night. Hell Yeah!
Sloth
I would like to say that sloth relates to leisurely lies in. And nice lazy afternoons in the spa. But it doesn't it relates to me rarely getting dressed. Actually scrap that. I do get dressed occasionally in clothes as humanly close to the 'pyjama' as possible. I rock a legging. I enjoy the 'Mum Coat' and those pants that really should have been chucked away when your youngest turned one. I also enjoy a snazzy dry shampoo - maybe the tropical one if I am feel particularly glam that day. 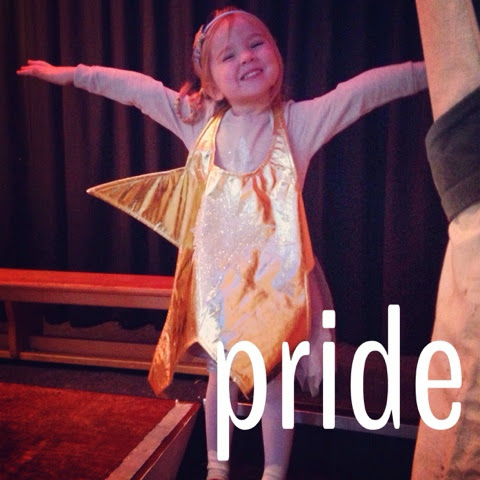 Basically? MY DAUGHTER IS BEYONCE.
Pride
I always vowed not to be a pushy Mum. When my girl was a baby I promised not to play the "oh your child isn't crawling yet?" game with other Mothers at soft play. But when my girl got to sing a solo in the school nativity? Well I went feral. I have shown everyone I know the grainy video footage of it and when I couldn't put it on YouTube? I was seething. And I have also been known to make her perform at any given opportunity with a "go on and sing the song". I am a momager. And proud/deluded. 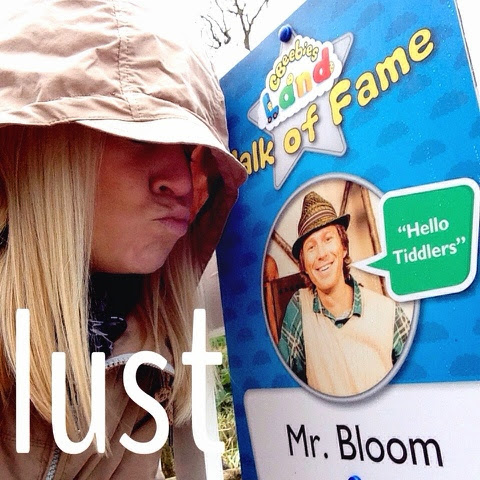 One of my hot dates with The Bloom. He loves a 'Mum Coat'.
Lust
When you are at home, alone all day, you start to have the odd affair. Not a real life one as that would require some sort of body maintenance such as shaving ones legs. No faux ones. With children's TV presenters. And I am now well into a four year relationship with Mr Bloom. We are taking it slowly. The closest I have got to seeing him naked was when he wore a wet suit in one episode, oh and when he wore tights in the CBeebies panto (both SkyPlus saved). YUMMY.

Envy
In days gone by I envied those women that were slim, wore amazing clothes and lived in slick city centre apartments. I now envy anyone that can have a bath without a bath toy Thomas the Tank Engine smashing into their face or can go for a wee without two children having a wrestling match at the bottom of the stairs screaming "MUUUUUUUUUUUUUUUUUUUMY". Sigh. 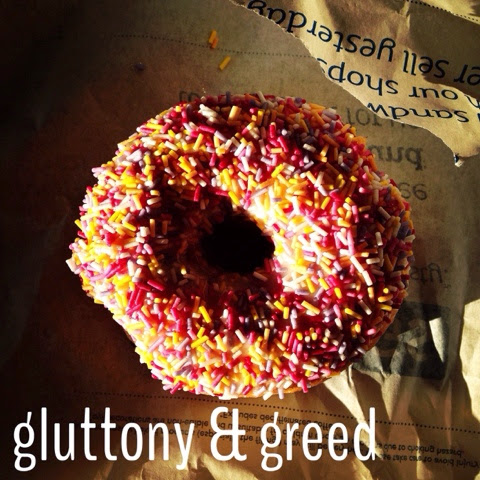 Everyone has a Wednesday afternoon donut don't they? It's the law!
Gluttony & Greed
I operate a one for them two for me policy in my kitchen. This could relate to anything from a malted milk biscuit to a fish finger or waffle. If I am washing up and there is half a piece of toast left from breakfast three hours ago? Well it would be waste. Nay even irresponsible of me if I didn't eat it! I have been known to eat half sucked Maltesers when offered to me by a grubby hand and I once may (totally did) have found a hula hoop under the coffee table and ate that. Which to be honest was a real low point. Also every playdate/soft play/trip to the shops when you have a child seems to involve a cake. I have now convinced myself this is some sort of law and that these MUST be calorie free no?

Look in the grand scheme of things these sins are hardly taking drugs and dancing in a club all night with your boobs hanging out (which would be literally the most awful sight). They aren't being envious of people for wealth or gorging on caviar. OK being a bit mean to your husband ever so often really is not nice. But you know what then? He shouldn't bloody be late then the sod.