The Snow Day. A Mothers Failings.

You may be a fan of 'the snow'. You may love snow so hard that you actively go on holiday to places where there is snow all the time. Your dream is to take your whole family ski-ing and can't think of anything better than snowboarding down the alps. Do they do snowboarding on the alps? I wouldn't know as I AM CRAP IN SNOW. Sure I start out all enthusiastic but by midday I am crippled, along with the rest of the UK it seems, by the prettiest of all the weathers. Every snow day is also a Groundhog Day in this household. Is yours similar?.. 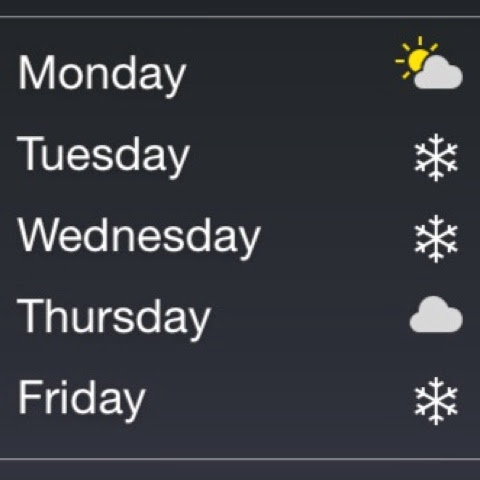 This weeks forecast. I am screwed.

7am (ok more like 6am sods): You awake and it has snowed and I along with the rest of Birmingham turn rabid*. As if we have never seen snow before. As if we are from a country where snow has never ever fallen. Not from one where it happens more often than is called for. 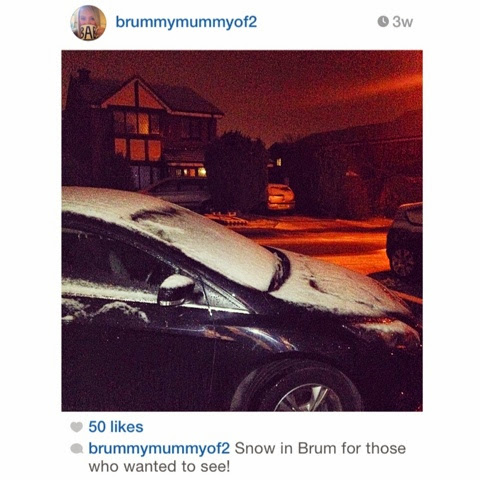 
7:01am: I scream at the children "SNOW!" We rush to the backdoor and Instagram the snow, then I Facebook the Instagrammed picture (cross that it never looks as good on the camera), then I tweet one word "SNOW!" and then I phone my Mum up and say "Have you seen it's snowing?" and we chat about...snow.

8:00am: Ah isn't it pretty looking at the snow (cue wistful looking out at the snow feeling all romantic and cosy like in an American made for TV film)?

8:20am: Kids want to go out in snow. "LET'S GO OUT IN THE SNOW!" I scream. All enthusiastic. Husband rolls his eyes. Now where are the snow suits? 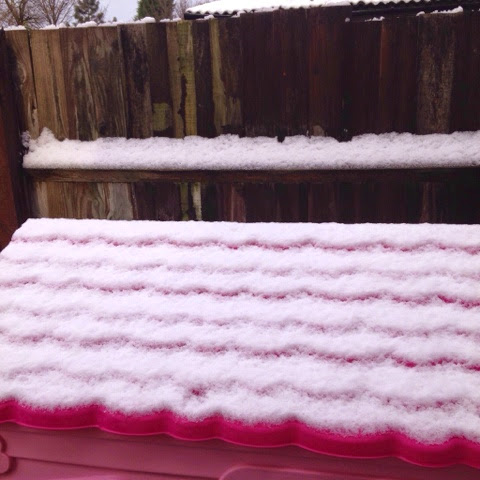 Snow on the playhouse. How picturesque.

9:20am: Finally find snow suits. There is one. It is for a one year old. I have two children who are two and four. Mmmmmm. This is not panning out well. I fashion a snowsuit for them out of wellies, leggings (boys can wear leggings right? It's trendy!), ginormous coat, and those super thick Peppa socks from Poundland. I then spend ten minutes trying to ram their fingers into gloves. How can gloves be so f*cking hard to put on? I'm swearing profusely as I have six layers on. Including my special 14 year old 'snow' Mum coat.

9:45am: Now. I only seem to own slippers, ballet flats, Converse and Uggs. And I seem to remember from the last time it snowed Uggs get a bit wet and leaky? They will have to do. Kids are crying as they are hot. Maybe four layers for them was two too many?

10:00am: Phew all kitted out! Let's go and build a snowman!!! It's easy right? You roll the balls of snow up and then squidge them together. You ignore your husband saying "it's a bit harder than that". Screw you killjoy! 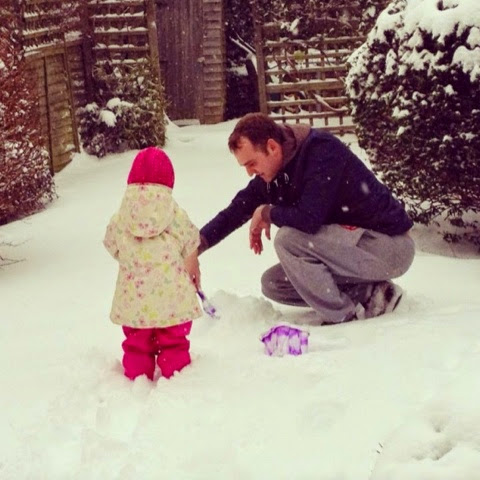 Dad. That snowman is proper sh*t.

10:13am: How. F*cking. Hard. Is. It. To. Build. A. Snowman??? Anna was frickin mental for trying to force Elsa into such a foolish endeavour. She was right to ignore her pleas. Also one child is weeping as there is "snow in my weeeeeellllllyyyy" (to be said in the worlds wingiest voice). The other fell over the second they came out and is now defrosting in front of Peppa. Hastily Instagram cute family footprints for Facebook cover picture. No-one needs to know we were all out together for approximately 13 minutes.

10:20am: God snow is so cold. And a bit boring. And I really need to go to the shops. And my Uggs are leaking. And this snowman looks like a turd. And the kids have gone in and I am alone.

11:00am: Indoors now. Grumpily looking at other families amazing snowmen on Facebook and shout at husband for his failings as a man and a provider for this family due to lack of snow art skills. Instagram an icicle hanging off the roof to make me feel better followed by cute snow on dogs face shot (B&W obv). And then consider sledging...that's fun and easy with two toddlers right???? Now where did we put the sledge???... 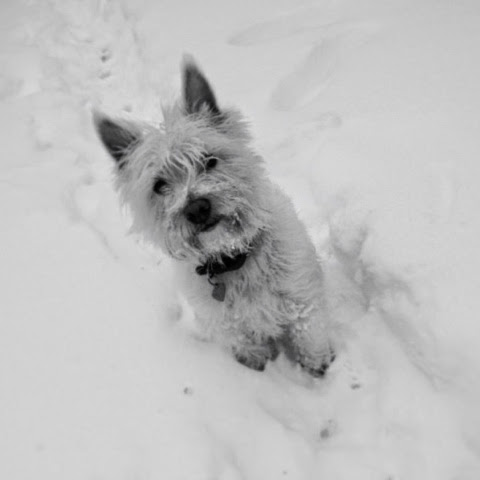 See the snow on the dogs face. Why. It is like an Athena poster.


*PS this snow day is taking place on a weekend. If it was a week day when I work as a teacher. I would be rabidly sitting next to the radio waiting to hear if my school was closed. Fingers crossed. And praying. Natch.