The Don't Beat Yourself Up Guide to Staying at Home

I like to feature guest posts in The Don't Beat Yourself Up Guide series about things I can't really write about. I'm a part time working part time stay at home Mum (catchy no?) so to get the point of view of a stay at home Mum, Aileen from fab blog The Malcontented Mother has written a post all about the issues she deals with...

There’s a lot of talk out there about ‘stay-at-home mums’ right now. According to some people we are all over-privileged ‘yummy mummies’ who drink coffee and carry designer nappy bags, then at the other end of the spectrum we’re doing the ‘most important job in the world’. In reality, we’re neither. As far I’m concerned, A&E nurses, people researching cures for cancer and gin manufacturers are all way ahead of me ‘job importance’ stakes!

Don’t get me wrong, bringing up children is probably one of the most important jobs there is, but every parent is doing that. I hate the term “full-time mum”. Just because you’re sitting behind a check out, or teaching a class or performing brain surgery, doesn’t mean you’ve stopped being a mum! We’re all full-time, whether we like it or not. It’s just that some of us do more childcare!

So for this post I’ll be using ‘SAHM’, though I’m not a massive fan of ‘stay-at-home mum’ either. It sounds so passive and blah. It doesn’t sound like what I want to be. Then again, what I want to be is an all-singing, all-dancing, all-cleaning Supermum who is fluent in baby-signing and can crochet a whole outfit during one episode of Eastenders. (I’m none of the above.)

And that’s the problem, isn’t it? All of us, whether we’re working in the home or outside it, are holding ourselves up to some unobtainable image of motherhood that just doesn’t exist. So, for all you SAHMs out there, here’s a few things to not beat yourself up about! 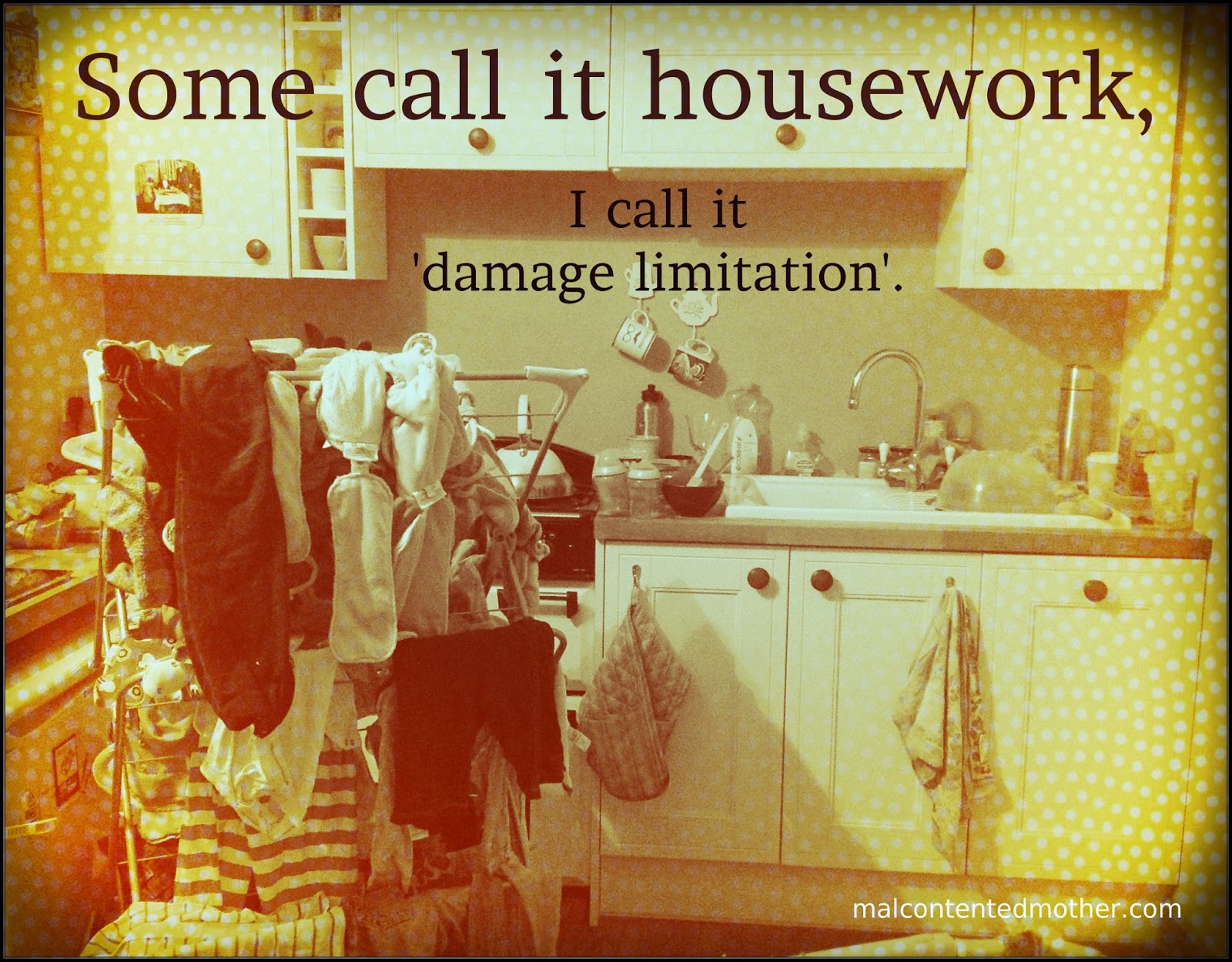 What do you do?
A while back I was at a party where I didn’t know many people so I had to do the whole small-talk thing. Of course, most people lead with “What do you do?” Sadly, I felt self-conscious when I replied that I had a one-year-old son and I was looking after him at the moment. Maybe I imagined it, but I thought I saw a slight awkwardness in the other people’s expression, as if they had no idea how to talk to me anymore. I’ll never know whether that was true or not because after about 3 seconds of silence I leapt in with “and I write a blog, and it’s been on Mumsnet and…” I spent most of the time talking about that, as if the care of my child was a ‘side-line’ to my glittering literary achievements.

And why did I do that? Because when you stay at home with your child, you can feel quite, well, uninteresting with other adults. Spending most of your days watching CBeebies and reading books in silly voices does exactly help hone your social skills. I used to have banter! Where is the banter people??

Of course, we don’t need to feel this way. If you were an interesting person before you had a baby then the likelihood is you are still that person. If anyone thinks you’re a dowdy ‘housewife’ or an over-privileged ‘yummy mummy’ because you, either through choice or practicality, look after your kids during the day as well as the night, then there are obviously kn*bs, aren’t they? 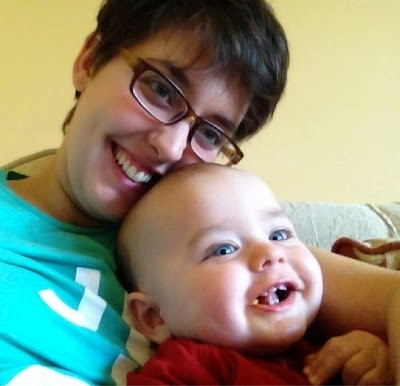 How did you pay for that?
For most people who stay at home, not having an independent income is a new and very odd feeling. Different households manage it different ways. Some people get a bit of money from their partner, others have a joint account. We do a bit of both. Joint account for joint things and a bit of money for me. You know, so I don’t have to have a panic about whether or not to buy myself a coffee.

Still, it’s odd. I definitely question my purchases a lot more. Now, this frugal mind-set is both necessary and sensible, but if the question I’m asking is “would he mind if I bought this?” rather than “can we afford it?” then that changes things. You either don’t buy yourself anything, or you feel guilty about buying it. You might even feel you need to explain your purchase to your partner. Bleurgh.

*(I should probably say that my Hubs is not the kind of guy who would mind if I spent £5 on a moisturiser. At all. Although once he did make a joke about ‘cutting my allowance’ in front of some friends. Well, he knows that’s not funny now. #IfLooksCouldKill)*

So, here’s the way I reason with myself in these times of guilt: The nursery down the road from us costs £58.75 PER DAY. (I know, right?). Therefore, the money I spend on myself in a MONTH rarely amounts to two days at that nursery (3 days at a cheaper one, but still!) So, you know? I think it’s okay.

Shouldn’t an SAHM do some bloody housework?
Children make a lot of mess. You feel like you’ve spent your whole day running around after them, sweeping up bits of rice cake and wiping sticky handprints off things. But by the time your other half gets back the house still looks like an absolute pigsty. Plastic crockery piles up by the sink because you never emptied the dishwasher; toys and tiny shoes cause trip hazards all over the place; and you still have gotten to the upstairs bathroom. (seriously, we’re starting to convince ourselves that the brown ring at Bubs’ water level is an original feature of the bath).

But you’re home all day, surely you should make the time?? You go to other people’s houses and wonder at how immaculate they look. Are you just being lazy?

NO! You are not! Even if you did manage to get a twenty minute break today and actually used it as a break rather than putting a wash on/hanging a wash out/putting clothes away that was not lazy; that was bloody important. See BrummyMummyof2’s ‘me time’ post for more on that! 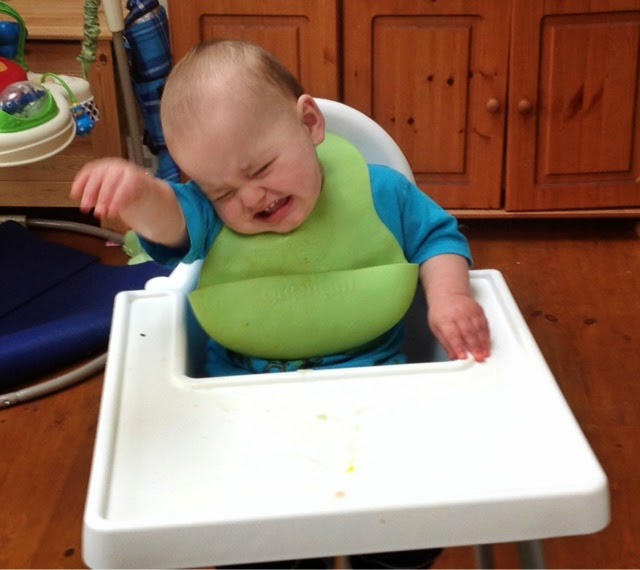 Should I be enjoying this a bit more?
There are many people would give their right arm to be able to stay at home, or work part time. Being aware of this, the guilt tends to set in when it's 11.30 and I’m already longing to hear the closing credits of In the Night Garden. We’re constantly told to treasure this time. But sometimes that’s blooming difficult!

Dealing with the tantrums of pre-verbal human is one of the most frustrating things I have ever encountered. Nobody enjoys it. That would be weird.

Going to the same playgrounds, reading the same books, playing the same games over again is just plain dull. Of course there are moments of wonder; sharing giggles or making new discoveries, but these are the exception, not the rule.

Like many worthwhile occupations, as an SAHM there are a lot of repetitive tasks and stuff you just have to get through. Show me a woman who enjoys every nappy change; every rendition of ‘That’s not My Duck/Princess/Tractor/Monkey…’; every manic play-group; every nap-time struggle; and I’ll show you a golden unicorn.

Being a parent is hard. It’s stressful and it’s wonderful. Whatever choice you’ve made about work, that won’t change. So give yourselves a break!

To read more from Aileen go and check out her blog The Malcontented Mother here.
Or check her out on twitter here. Or why not go over and like her Facebook page here!