Prior to having children you are vaguely aware of CBeebies on the periphery. You've heard it mentioned but have paid no attention to it at all. And then? Roughly four months after your first child is born. It's ingrained into your everyday life. You know the songs. You have brought at least five pieces of merchandise and your drawers are stuffed with 15 free Mr Tumble phones off various overpriced magazines.

And being a Mum. And being bored sh*tless from the repetition of the programmes (did you know the afternoon shows are EXACTLY the same as the morning shows. A particularly bad case of croup in both children AT THE SAME TIME taught me this as I drowned in coughs, fruit shoots and wotsits, weeping (me) at Rhyme Rocket). You start to well. Find someone, anyone, to fancy. 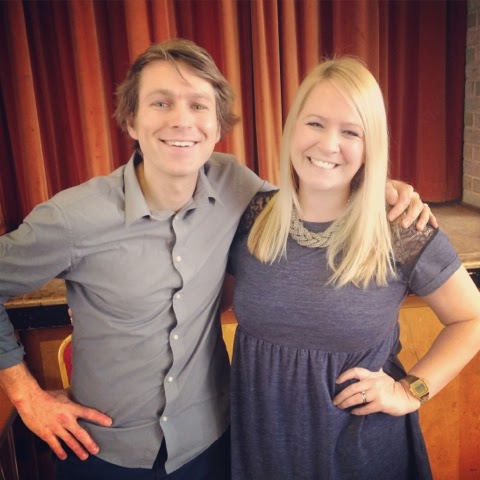 Apologies if this is only me. And apologies if you think I sound heartless and you think I don't love my husband. Because I do. I love him very, very, very much. But when trapped in the house with a small baby, covered in sick, dry shampoo and wearing my pyjamas for 48 hours straight you start to look at the children's TV presenters in a different light. You start to, well there is no polite way to say this, perve a bit. You may love the way Mr Maker can make anything out of a pipe cleaner. You could lust over Andy and his curly locks combined with his superior knowledge of Dinosaurs. You could think Tumble is top totty (which means you really are knackered).

My secret boyfriend for the past four years as been? The Bloom. A popular choice with the housewives. With a nation of women in uproar when he appeared on the Bedtime Story show. As himself. Yes. Himself. He is not a non descript northern gardener. And nor does he live with talking veggies (and no I am not going to make any smutty 'parsnip' jokes). Bloom has got me through a few dark days. Where I have took the time and nice cup of tea, to have a cuddle with my two and actually be vaguely interested in the crap they are watching. 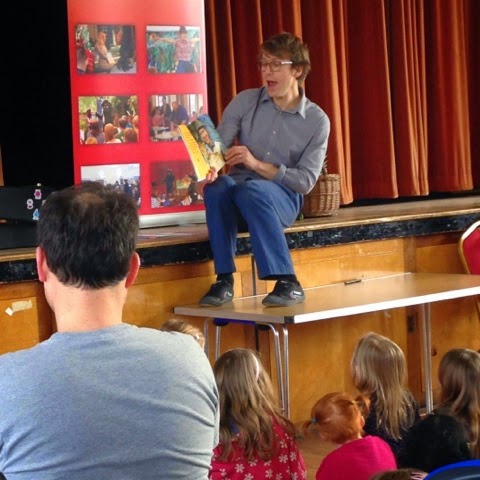 And today? I met my secret boyfriend. The secret being? He clearly has no clue. Which is good as we could have been entering stalking territory. From talking to the organisers they were a little shocked at the sheer excitement from the Mums, rather than the kids, when they announced he was doing a local story telling session. And looking around the audience it did appear that the Mothers seemed to be smiling a bit too much and one wonders if the little clips they were recording on their phones were for the kids? Or them.

Ben aka Mr Bloom, seemed lovely. He was fab for the kids, saying "Hello Tiddlers", singing the odd song and doing some quite frankly marvellous Dad dancing. He seemed a normal chap who is probably baffled by the excitement over his job. So all I want to say is this. Mr Bloom (you will always be Mr Bloom to me). Thank you. Thank you for taking my mind off the sometimes horrifically boring job of being the Mum of small children. And when my kiddos are all grown up I will think of my days watching Peppa, with a bit of light relief in the form of you, fondly. You probably think all us Mums are desperate, knackered, loon bags. And you know what? You would be right.

A day in the life vlog featuring The Bloom, swimming and a most uncooperative daughter.