Learning to drive is one of life's most exciting adventures. The freedom! The ability to go where you want when you want! The joy of sitting in your car and listening to you favourite tunes! That automobile becomes like a good friend, it's part of the family and you love it like your child. Then? You have a child, who does everything in it's power to DESTROY YOUR CAR. Here are the traits of the everyday common 'Mum-Mobile'.

Make
At first? You try to survive having a small baby with a two door car. Clinging onto the dream you can still rock a trendy small make that can nip in and out of traffic. This lasts approximately two weeks when you realise? BABY CAR SEATS BREAK BACKS. You resort to a five door saloon. It's huge, it's clunky but it means you don't swear under your breath but very close to your child's face every time you try to get the f*cking seat belt over the f*cking seat.

Exterior
Whilst you used to maintain the upkeep of your car with regular washes and polishes the only wash it gets now? Is? The rain. Yes. It's wet. It manages to get rid of the bird sh*t (well most of it). You wonder why you once ever bothered with car washes. What a waste of money! You also mentally gloss over (rather than actually gloss over) any random bumps and scratches from when you may have been distracted from a weeping baby and your reversed into a bollard. Twice. 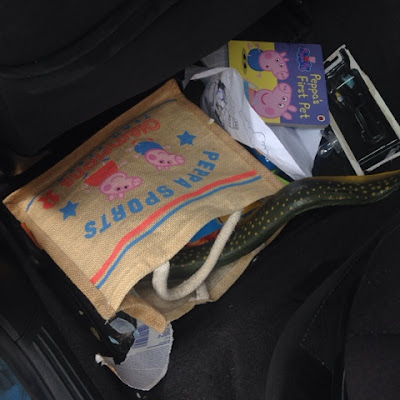 Interior
Imagine a rubbish dump. Then times that by ten. And fill it mainly with moulding raisins. The inside of my car? Is soul destroying. There is rubbish, small tiny toys, objects you have never seen before and aren't really sure are yours, the odd dummy (which of course can NEVER be found when you actually need it), two fruit shoots rolling around. And a toy that cannot be found but every time you turn a corner? It says "Hello I'm Percy". Cleaned weekly. Wrecked within three minutes. 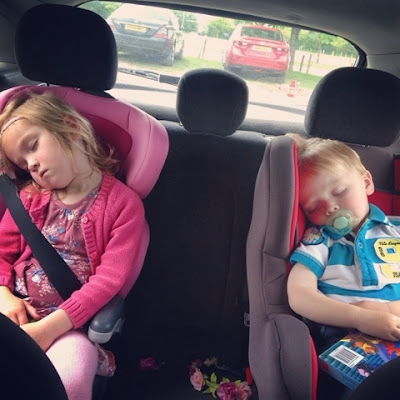 Now. Whatever you do? DO NOT SLEEP. Oh sh*t.

Facilities
A boot filled with every piece of useless crap known to man. Including a rain cover for an unknown buggy. A 6-9 months babygro. A broken ball. Bent out of shape window shades. Two sets. Dirty coats. Dirty shoes. Dirty pants (NOT MINE!) and so on. Oh and a potty. Which really should have been used in the situation when the car seat was weed on.

Look I can't moan. I'm lucky to have an old banger to drive to soft play and hurriedly shove kids in and go to pre-school. And twice a week? I get to drive to and from work listening to Ultimate Boybands rather than Anna and Elsa. But if I don't find that "Hello I'm Percy" toy soon? I'm going to lose my sh*t.
Share:
Posted by brummymummyof2
Labels: humour, Motherhood
Newer Post Older Post Home