How Small People Capture Your Heart. AND THEN BREAK IT!

I am sure that there is some science (if I really investigated it) that when you hear your child's cry you immediately react. When you are a new Mum your breasts will spurt milk whilst you think "f*ck" holding a weeping baby in the middle of Matalan. If you are in the midst of the worlds busiest soft play you can hear your toddlers scream above all noise and you immediately panic they have broken both legs. It's instinct. The bond between parent and child is almost animalistic. But at some point? Kids kinda get wise to this. And then you my friend? Are screwed.

I recently when to London to visit my sister. My children were dropping me off. They had an amazing day planned with their Dad. Yet my girl chose to 1) make me a secret card 2) with my face on it 3) inside it exclaimed how she loved me and she draw a picture of herself next to our house. OUR HOUSE! HER TINY BEAUTIFUL FACE BY MY HOUSE! As if symbolising in her own small child way that I was deserting her. She then wept hysterically and as they drove off at the train station all I could see was a tiny hand waving slowly. I nearly vomited from guilt. 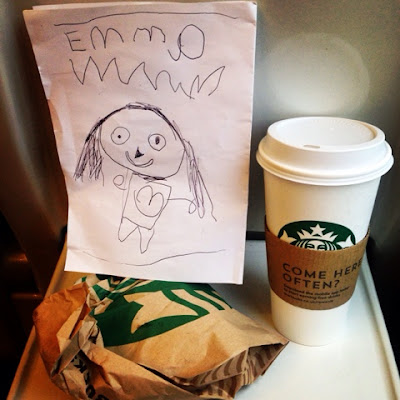 Nope. Not feeling guilty. At all. No way. SOB!

I would like to say these occasions are rare but they aren't. Almost on a weekly basis I am thrown in to turmoil by a look, a phrase or a drawing that makes me think my children are in utter despair. It leaves me weeping. Or texting my husband 'sh*t!'. It could be my daughter saying something about not having friends. Or my son having to be peeled off me at nursery whilst screaming "DON'T LEAAAAAVVVEEEE MEEEE".

Generally there is some incident of one of them howling for "Daaaaaaaaddddddddyyyyyyyy" when Daddy is in fact at work and will not be back for hours. This is usually (of course) in public. Whilst people look at you like you are a stranger that has stolen them from their real parents. We also have the "I wish Nanny was here". Or the classic "Do you remember that time you never came to see my nursery show". Which was two years ago. I had just given birth. 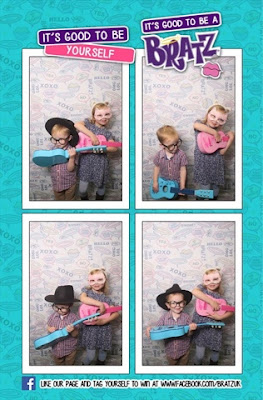 Taken five minutes after I left. Where is the weeping now eh?

I know that by the time I got on the train my daughter was having the time of her life. I also know (as I phone them like a maniac) the second I leave the nursery my son is laughing and playing. I also know that when I'm not around my children weep for me. It's just another one of those weird things you 'have' to come to terms with in parenting like the utter doom of tantrums and the fact the one day you forget a nappy? Your baby will sh*t up it's back. Jeez being a Mum is rock hard sometimes isn't it?
Share:
Posted by brummymummyof2
Labels: Motherhood
Newer Post Older Post Home