When I was in my youth I went to an A-ha concert (bear with and no it wasn't 1987 it was a reunion one. I'm only 21...OK 37). On the way I was in the car with my mates and someone drove into the back of us. We were stationery and they literally just drove into the back of us. And I? Lost my sh*t. Started screaming at them and in the end my friends had to drag me back in the car. The thought of my friends being hurt brought on such a rage I could not contain it. Today? Someone drove into the back of my car. I was with both of my children and I? Did nothing. But calmly get out. Exchange numbers. And drive on. Manically smiling as I did so.

The lack of rage was not because I didn't care about my kids. It was the total opposite. The love I feel for my two is so deep and so animalistic that in reality I wanted to rip the driver's (who seemed to be a nice young girl) actual head off. But the love for my kids didn't want them to see this and wanted them to know that when they are with their Mum nothing can hurt them. Nothing can phase me and they are safe. Inside I may be screaming like I belong in an insane asylum. Outwardly I am cool, calm and collect. 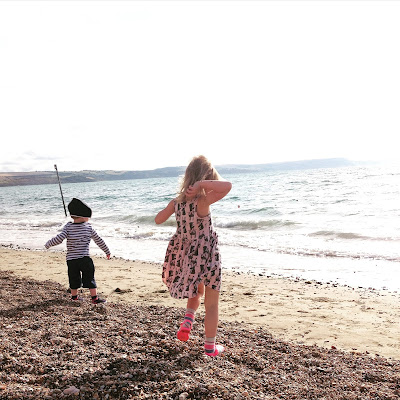 There have been split chins, a rather nasty incident with a dent in my daughters head in a local shopping centre and various trips to the hospital. Twice in ambulances (with the sirens on and everything) and I have kept a level head whilst the husband panics. I've sat in waiting rooms with vomit and blood down me. I also didn't bat an eyelid when I had to sign that dead scary c section form that says "you understand you may die".

It's like I have this shut down mechanism. I can lie in bed at night weeping that someone at work may think I am an idiot or worry that my daughter has come home from school with the wrong jumper on.  But when the big things in life happen. I just get on with it. We just get on with it. In these moments I feel invincible and there is no problem I won't solve for my children. There is no disaster that I won't tackle head on and try my hardest to sort out. 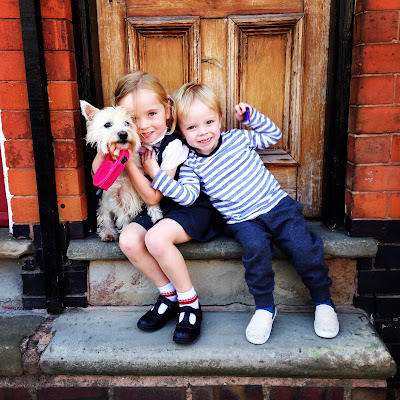 There's going to be some bumps in the road that I won't be able to sort. Broken bones, broken hearts and perhaps the time when my very own little girl may have to sign a scary form that says she may die whilst having a baby. But for now? My two are mine all mine and any danger that comes along I am going to tackle it head on. With a smile, a manic laugh and perhaps a little bit of sick on my top.
Share:
Posted by brummymummyof2
Labels: Motherhood
Newer Post Older Post Home