The Best Mum In Their World

Last week I chased my son and daughter all the way to school. My boy was 'Superman' and my girl was 'Wonder Woman' (despite neither of them actually seeing either film). I held an Iron Man toy and ran whilst they both screamed with glee. I found myself talking in a weird Iron Man voice. Even shouting "GREEN MAN" at the zebra crossing in it. Robert Downey Jr must be quaking in his boots. For that ten minute walk I was officially the 'Best Mum In The World'. Their world.

I am super hard on myself. I'm not a great cook. My two will never know the joy of a handmade birthday cake. I also despise messy play and play doh is banned in my house (THEY TREAD IT IN THE CARPET). But this morning? I was up at the crack of dawn googling 'guinea pig Christmas decorations' as I knew it would make my daughter smile (and my husband scowl - double joy!). 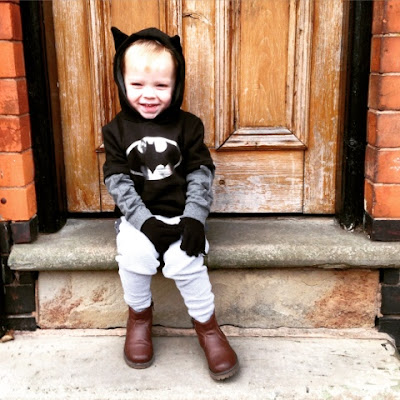 "I'm Batman" (you just did the voice when you read that didn't you?)

As a Mum you could spend your whole day worrying you aren't doing enough. And nights could be spent beating yourself up about one thing or another (the birthday cake things pops into my mind every year a few weeks before the main events). But it's silly. It's a waste of time. We should be embracing the things we can do. Highlighting to ourselves the many and varied ways we rock. 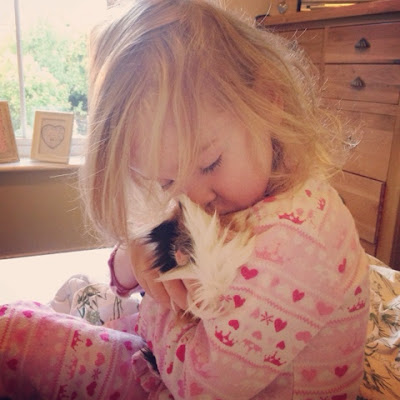 If she had her way? She would tie this guinea pig up with string and strap her to the Christmas tree

So next time you are at a birthday party of epic proportions and a cake is revealed that you know you could NEVER bake in a million years. Gasp at their amazing efforts (and inwardly be really jeal) and then turn to your son, whisper in your best Iron Man voice "I'm going to buy you a Spiderman one" and watch his little face light up with glee.
Share:
Posted by brummymummyof2
Labels: Motherhood
Newer Post Older Post Home