How To Embrace Being You Is Good Enough. A Little Thank You

I am sure you can gather by now? I'm not cool. Nope. There is not one inch of me that is cool. It's something that makes me pretty annoyed and a bit sad. I long to pop on skinny jeans and a T shirt and look chic rather than a tubby hobo. I have beautiful friends with beautiful fringes. Fringes on me? Look like my Mum has shoved a bowl on my head and just randomly hacked at it. My accent? Also not cool. Every year they do surveys. Every year 'Brummie' is nominated as they worst accent in the world ever. Bab.

I am ashamed to say over the past decade or so I have spent quite a few nights having a little cry about why I am not cool. Totally beating myself up over things I've said, items I've fallen over, that time my skirt fell down in a whole school assembly (sadly a true story). I talk. A lot. I can't stop. I've been known to sing in the streets, dance showing off my pop socks and offend people with my comments without noticing. 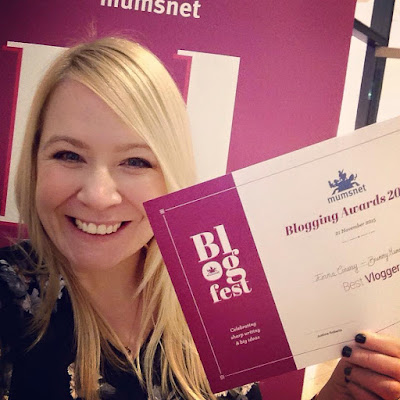 Obviously I wasn't really ever going to be a cool and hip Mum. So I started a blog. A way of shouting into the void about all the things that make me laugh, break my heart and frustrate me about being a Mum. I prayed someone somewhere would listen. And fortunately some people did. If you read my blog. And then meet me? We are one and the same. If you watch my videos. That's pretty much what I am like (bar I don't swear on my videos. No-one wants to see a Mum saying f*ck at Peppa Pig World). 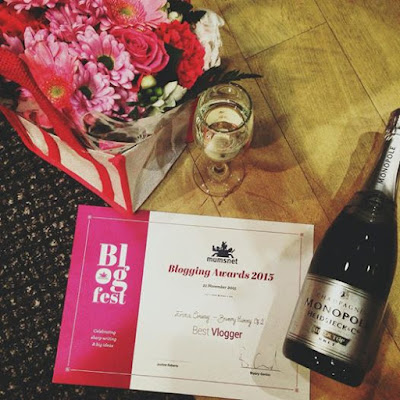 So this is a huge 'Thank You'. It shouldn't take an award to make us feel good enough though. It shouldn't take our other half to say "You're doing a great job". We should know it ourselves. But sometimes we get a bit lost, we long to be on that side where the grass is greener, the legs are thinner and there is time to put on a bit of lippy before the school run. So my award this weekend is a win for the Mum's who are crap at cooking, the Mum's who do spend an inordinate time in their pyjamas and the Mum's that really? Should be high fiving themselves rather than sitting around for an award to tell them they rock (cough me).