Today celebrates my second blog birthday. I started two years ago when I was the proud owner of a  soon to be one year old boy and a quite frankly insane just turned three year old. During maternity leave I had gorged on the likes of Zoella, Sprinkle of Glitter and Tanya Burr so I thought I would have a crack at writing. I had found being a Mum to two small children a lot harder than I thought, I wanted a place I could talk about some of the tougher bits. And so my blog was born. 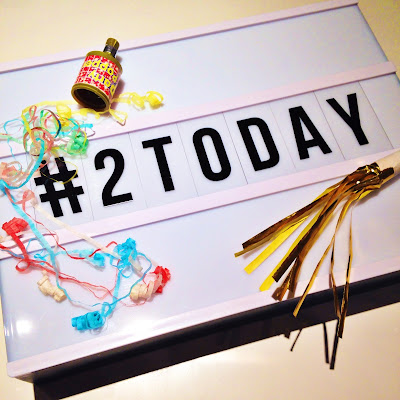 Two years on? Life is easier. My girl is now a wonderful five year old who is in reception and my son? Well now he has taken the mantle of insane soon to be three year old. In the past year my blog has become a place where I record the frustrating things they get up to, the milestones that break my heart and the fun we have. My YouTube channel? Has become a place where I like to pretend I am on tele. I think my husband just thinks it keeps me off the streets and in a way it does. 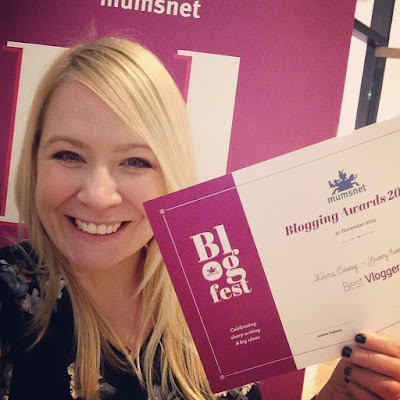 2015 has been pretty bloody amazing. So many wonderful things have happened to me due to the hours I put into the blog. I was nominated for three pretty big blogging awards. And I actually won one from Mumsnet for my video about Kate Middleton. And yes I was called the wrong name throughout the speech about it but that's OK. Mumsnet have made my blog front page a few times this year and I also have made videos for their YouTube channel. Both things that have helped to push my blog. So I am truly thankful to them and their lovely little team. 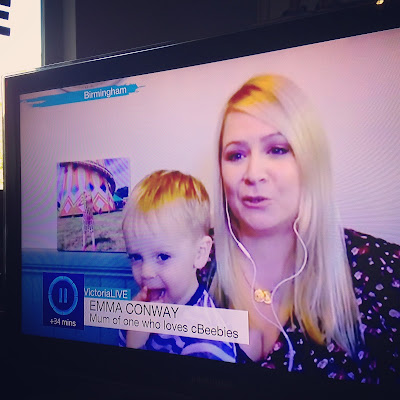 "why yes I have no pants on"

This year I also bizarrely got national coverage. I popped up in a few papers with my Wicked Wednesday linky. Whilst the piece was nice, the comments were a bit brutal. And valuable lessons were learnt. When you put yourself out there? Not everyone likes you. And you know what? That's OK. That's life. I also went on LIVE television. Live. As in "I could say anything and the nation would hear". I did the whole thing in my pyjama bottoms and had no pants on. So essentially? I had my arse out on BBC 2 (it was a Skype call you could only see my face but my arse was still bare!). 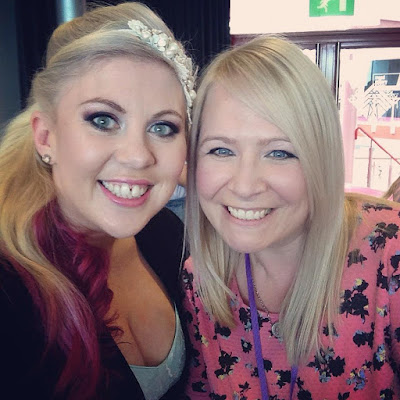 "This woman is a maniac" thinks Sprinkle of Glitter

I also was lucky enough to meet my blogging hero this year. A lovely YouTuber called Sprinkle of Glitter. If you have not watched her videos. Go do it now. You know there's the old phrase about you shouldn't meet your hero? Well she for sure shouldn't have met me. As I cried. Yep. Cried. Like a 14 year old girl meeting Mark Owen in 1992. I was mortified. I still think about it now. She was lovely. I wanted to say "thanks so much for inspiring me to write and make videos". What came out was "OHHH DBAPSH RAPIH LGKJSDGN SDF sob". Awful. 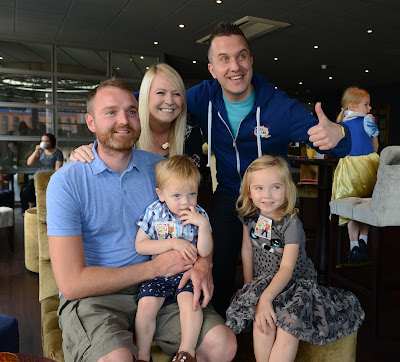 A lot of the time I get comments saying that I should treasure the kids, shouldn't moan about them, that they will be grown up soon enough and that posting photos of them having tantrums isn't right. 2015 for them? WAS THE TIME OF THEIR LIFE! The blog means that I have been able to do things with them I would never be able to do otherwise. They went to IgglePiggle's birthday party, we were Thomas Land and Sealife Centre ambassadors, we got to review Camp Bestival, hang out with Mr Maker and my daughter regulary got Barbies in the post. If you really read my writing. A lot of the time I am pointing to my failings. Generally there is a positive message at the bottom. No-one need worry about my two. They are perfection with a smidge of annoyingness. 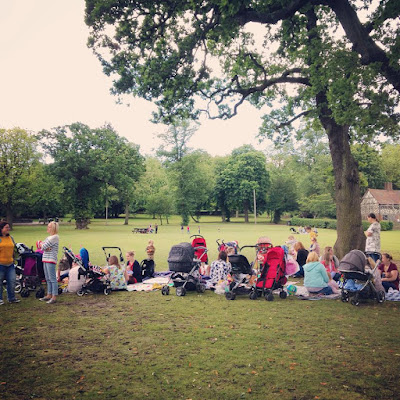 Strangers meet in a park. Amazing

Finally 2015 meant the growth of my Facebook page. Which really has become one of my favourite places to be. These are a group of women (and the odd man) that I am in contact with on a daily basis. We laugh together. I get dms from them worrying about things. We are a little crew trying to be the best parents we can but with a lot of gin involved. After writing a post about loneliness I organised meet ups over the summer and this is something I intend to keep doing in 2016. So watch this space. Anyone that ever comments, I read every single one and I really appreciate your support.

So writing blogs can change lives. It can bring you the odd free Barbie, or a day out at Alton Towers. But it also means you get to make new friends, not feel alone. It means you can write little stories and say "is it just me?" and have people reply loudly and clearly "NO IT'S US TOO!". So 2015 has proved to me I'm not mad, I'm not a bad Mum, I'm fairly normal and sometimes? Normal can feel pretty ruddy amazing.


Here are some of my favourite and most popular posts from the past year...
12 Signs You Are Going Out Out. Mum Style
Seven Bang On Trends. Mummy Style
What The Hell Is A Basic B*tch. And Am I One?
The Ten Rules Of Being 'Mum'
The Don't Beat Yourself Up Guide To C Sections
I Hope You Know I Love You
The ULTIMATE 'Things You Need' Mum List!
The Don't Beat Yourself Up Guide To Feeling Lonely
Share:
Posted by brummymummyof2
Labels: Blogging, Motherhood
Newer Post Older Post Home