Actually scratch that. Dear 'Mr Man Who Features On Kids TV Programmes'. Could be Mr Maker, Dr Ranj or Andy. If you're a fan of Milkshake it may be Derek or the slightly 'hunky' one from the Go!Go!Go! band on Nick Junior. This is just a quick letter to say "Thanks". From the legion of bored and exhausted Mothers up and down the country. Who are subjected to hours of TV and quite frankly need to take their mind off why Mr Potato is so big and why Topsy and Tim's Mum is a bit of a knob (that woman is clearly on crack).

You don't mind that we are sat there in our dressing gown. At 2pm. You don't care that we have dry shampoo in. Again. And those sick/poo/'what the hell is that?' stains down our leggings don't bother you. You don't want us to make you tea and you couldn't give a toss that the vacuuming isn't done. You enter our living rooms several times a day and make no demands on us whatsoever. 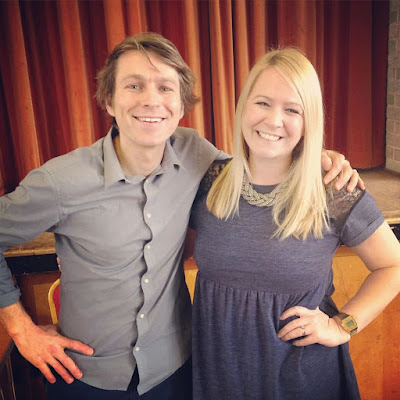 And we? Love you. OK love is slightly strong. We fancy you. We really, really fancy you. Sometimes we do snog, marry, kill with our friends about you (then follows a discussion on how we would murder Mr Tumble). And when you turn up at a local park for an event? We take the kids along and put on a bit too much blusher. You're our dirty little Mummy secret. You see since we had kids we have got a bit desperate. We aren't saying we don't love our other halves and we aren't saying that if you actually walked in to our actual living room and said "Hello Tiddlers!" we would run away with you to grow organic talking veggies. 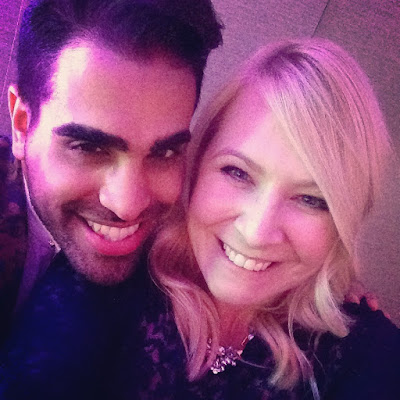 But for that five or ten minutes you take our minds off the total and utter f*cking mundane TV that our children love. You may sing songs about poo, you could be making a real sh*t paper mache car or telling my son a boring fact about dinosaurs but you do it with a smile. You don't send me passive aggressive texts about the washing up and you are always up at 6am. On the dot.

I like to think that you love all the adoration and when you are doing the CBeebies Panto you are really doing it for us. Popping on some tights or an outfit a bit too tight to give us a thrill. I don't want to think about conversations banded about yourselves using words such as "lunatics", "maniacs", "sex crazed middle aged losers". I would like to think in your own small way you love us too and really desire a woman who wears pyjamas at 4pm. 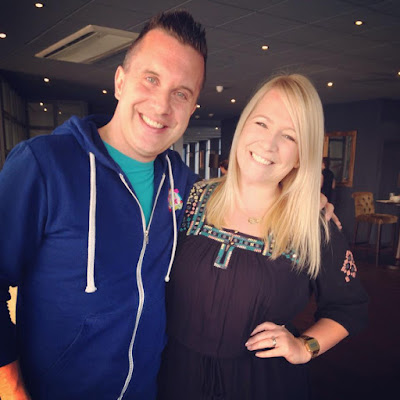 So from all of us to all of you. We love you. And if you could make the Panto a updated version of 'The Full Monty' next year we would be most appreciative.


Yes. These are photos of me with TV Presenters. Yes I clearly put on a bit too much make up.
Yes I was RABIDLY happy. Yes my kids didn't actually give a sh*t.
Share:
Posted by brummymummyof2
Labels: humour, Motherhood
Newer Post Older Post Home