This morning, after a bit too long snuggling in bed in front of YouTube and toast, we were late for the school run. Actually scrap that. We had just enough time to wash our teeth, brush our hair, get dressed and rush out of the house. Except neither child was in the mood to rush, after several "are you getting ready lovely?" and a small fight with my toddler over the fact that to put a jumper on it needs to go over your actual head (?) we had exactly three minutes until we had to leave the house and I? Totally and utterly lost my sh*t.

I became my alter ego known as "shouty Mum". A bit like a rough character in a soap. A fish wife. Someone whose voice could smash windows and probably makes the neighbours think "Oh god she's at it again". "GET YOUR TIGHTS ON. PUT THEM ON. JUST PUT YOUR TIGHTS ON. YOU SAID YOU WERE GETTING DRESSED" and so on. Whilst my son helpfully ran around laughing and shouting something about wellies. My blood was boiling and in that moment that navy pair of tights were the enemy and so was my lack of ability to have a nice peaceful school run. 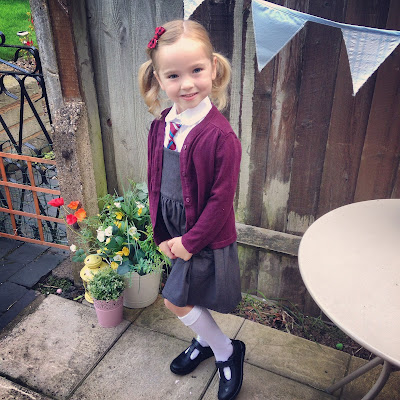 My lovely five year old burst into tears. Informed me I was no longer her best friend (yes that is the sound of my heart breaking into a million pieces). After a quick cuddle and a swift brush of the hair we were out of the house and on the way to school. I felt dreadful. Totally and utterly awful. I wish I could have turned back the clock and handled the whole thing differently. I wished that we were skipping to school with bags of time and I wish I had cut the early morning cuddles in half.

As she went into school I whispered that "we were still best friends" and she looked at me in that way that only five year olds can. You know all forlorn and heartbroken? And she sadly walked in. I hung my head in shame and came home. And over compensated by being 'nice Mum' with my son. He was allowed to have whatever snacks he wanted, got to put on his brand new Captain America outfit and persuaded me to watch Superman. He was loving life. 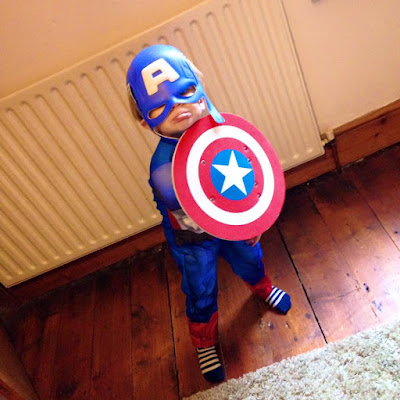 I? Counted down the hours until I saw my daughter again. It took every ounce of me not to run into the school and scoop her up screaming "I AM SORRY SO SORRY MY LOVE WILL YOU BE MY BEST FRIEND AGAIN?". But obviously I didn't as I would have been sectioned. I hate shouty Mum. I hate the way she rears her ugly head under pressure and I worry that she will be the Mum that the kids remember. Not fun Mum, or lovely Mum, or the Mum that cuddles you whilst you are poorly. No stupid shouty Mum who gets cross about a pair of navy tights. Roll on the summer. Socks are far easier to put on.
Share:
Posted by brummymummyof2
Labels: Motherhood
Newer Post Older Post Home