6 Ways You Know You Are A 'Mombie'

Vacant Expression
Due to a distinct lack of sleep Mother's (or Mombies as they will now be known) can often be found in parks, coffee shops, local playgroups staring off into the middle distance. If you are brave enough to approach them topics of conversation will revolve around their lack of sleep. Sometimes they will be distracted mid sentence by totally losing their train of thought or the fact that their two year old is standing right on the very top of a climbing frame and is attempting to fly off.

Groaning
Groaning can mainly be heard when Mombies are awoken at 5am. It can also be heard when their offspring (also known as babies or small children) refuse to go to bed or when they wake up approximately seven minutes after their head hits the pillow. Groans will be heard when the Mombie is trying to squeeze into their jeggings, when they are trying to overfill their washing machine with wee stained sheets by using a foot to squeeze them in or when they are trying to carry their shopping, a baby, a toddlers scooter and a mum bag to their car. 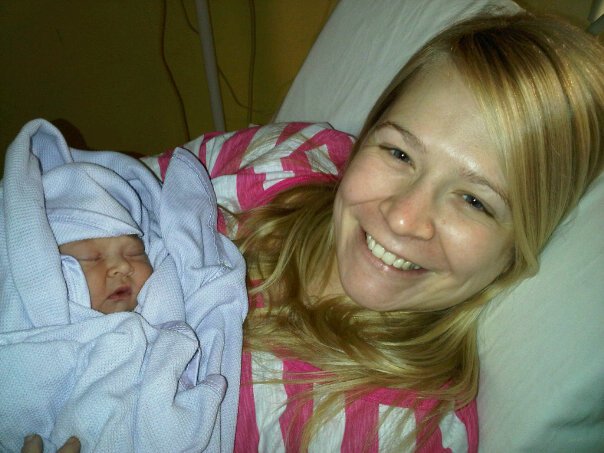 Poor woman. And so her transition begins. She's a lost cause

Slow Walking
Alone Mombies can in fact be quite fast. They can nip into the shops for half hour or walk down to post a letter quite quickly. But as soon as their offspring are involved it means that everything takes a lot longer. A trip to do food shopping can take three hours due to tantrums over Peppa Pig plasters, arguments at the magazine rack or a baby that has crapped all up its back before the door is even open. Walking is also hindered by a giant bag that Mombies insist on carrying at ALL times.

The Urge To Kill
The urge to kill is quite strong in Mombies. And often found being aimed at their other half (they will be known as 'Dads' not 'Dadbies' as they seem to get much more sleep than Mombies weirdly). These feelings will be most strong when Dad's forget to take the washing out of the machine, or don't quite hear a night feed. Whilst (most) Mombies do not follow through with their desire to murder they use words or passive aggressive text messages to kill their other half metaphorically. 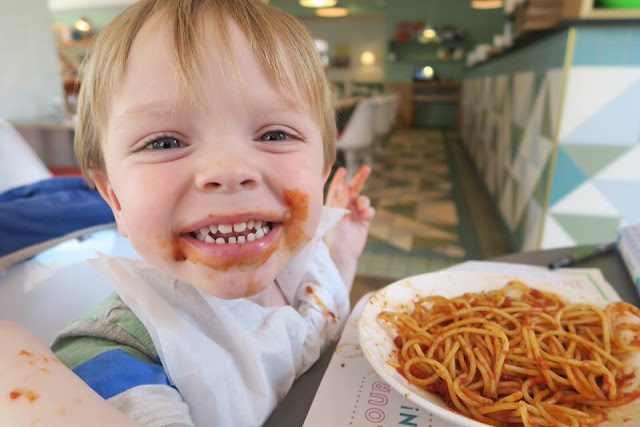 Look really if you don't want to eat that all? Mombie will help out!

Eating Other Humans
Fortunately Mombies have not yet reached the stage of eating other humans. They are one step removed by 'Eating Other Human's Leftovers'. A strange phenomenon where they will stand at the sink and eat whatever ever is left on someones plate. May be half a cold waffle, or perhaps half a fish finger. Could even be a half chewed crisp their child just wants to get rid of.

The Cure
Whilst Mombies are never fully cured and will remain distracted and groaning for the rest of their lives. With time the urge to kill lessons, walking becomes faster and conversations can indeed be had. But the strange thing about Mombies is that they indeed inflict this on themselves and more often than not decide to go through the whole process two, three or in some cases four more times. Bizarre. 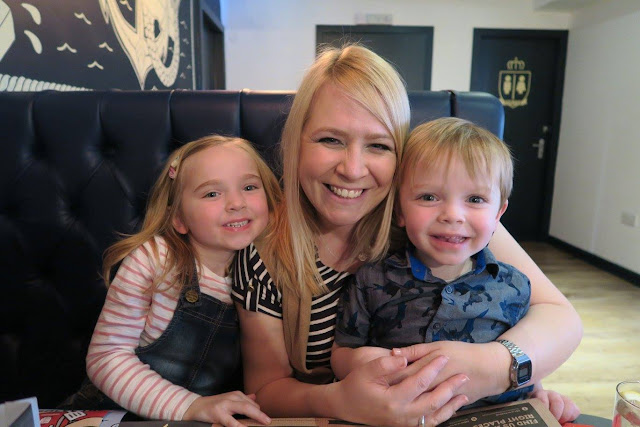 And here is a cured Mombie. She has learnt her mistakes and will not get ill again...we think
Share:
Posted by brummymummyof2
Labels: humour, Motherhood
Newer Post Older Post Home