Even Mummy's Need A Time Out

Today was a pleasant enough day. I dropped the children off at school and nursery. Then came home to do some work, some 'Mum-Min' (you know the never ending round of chores like pay for tuck money, organise outfit for pirate day) and I had a clean of the house. OK so I also watched Love Island. Normal bog standard day. Then? At 2pm I picked up my three year old son...and that's when the fun began.

Firstly he refused to walk anywhere without a wet paper towel in his pocket. Next it was ridiculously hot so we had to have the windows down in the whole car and I drove fearful he would chuck his toys out. Then he really wanted a strawberry milkshake. So I took him for one. He declared it "disgusting" and howled hysterically for an ice cream. He then point blank refused to put his shoes on. And I, in the ridiculously hot weather, had to wrestle him to the floor to do up his doodles. Top lip sweating. Manic voice declaring "He's just overtired HA HA HA" to strangers.

I made the school run by the skin of my teeth and then my two fought for an hour. Daddy arrived home just in time to see my son draw on our recently painted walls. And that was it. That was my breaking point. It's that moment when you think "I am either going to scream, flip a table or run away and never return". We all have them. When we are on our last nerve, our blood is boiling and you feel like you may implode. And this is when Mummy needs a time out. 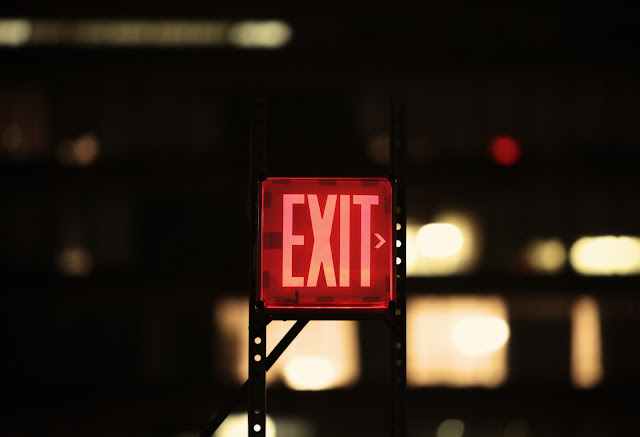 These are the times when I walk away. To another room. To the garden. I lay face down on my bed and I let my husband take over. Because my children can push me to a point of such frustration that I want to scream "BUT I AM YOUR MUMMY WHY DO YOU DO THIS TO ME?". And for fear of scarring them forever I have to remove myself from the situation. They don't understand that they are acting up as it's really hot. They don't get why the newly painted walls are so precious to us and they clearly don't understand why shoes are mandatory.

It's one of the hardest things about being a parent. The fact that sometimes the sh*t hits the fan and everything just goes wrong. So this post is just to say you're not alone. That all of us are pushed to our very limits by the small humans we love most in the world. That's why it's so hard. So difficult to deal with. I am quite, quite convinced that even Kim K and Kanye are gobsmacked when North smears lipstick over a brand new designer coat and I bet Beyonce screams "OH FOR GODS SAKE JAYZ IT'S YOU TURN. BLUE IVY JUST PUNCHED MY TIT". So sometimes make sure you take a time out. Send them to Nanny's. If you're on your own go to the bathroom, lock the door and look at handsome men on social media. Think of it as a reverse naughty step, where you're the one that is isolated. Sometimes it's just about survival until the storm passes.
Share:
Posted by brummymummyof2
Labels: Motherhood
Newer Post Older Post Home