The Relentless Sound Of My Own Boring Voice

It's official. I'm a nag. I am a boring old nag faced naggy mc nag. We have been away this weekend and lets just say there was lots of rain, there was lots of rubbish decisions and a rather tricksome night in a hotel. And it became clear. I have developed one of those voices. You know the ones you hear in the park during those first few months of having a baby. During that bit where you are a knackered new Mum so you get your beautiful newborn all dressed up in a, I dunno, a babygro like a bear or something and you go for a walk. And then you hear it. The screech of a Mother.

Probably saying something like "BE CAREFUL!" or "STOP FIGHTING" or "FOR GODS SAKE PUT THAT STICK DOWN WILL YOU". And then comes the relentless repeating of their child's name. Over and over again. You look at your beautiful baby, who at this point does not move, speak or picks up sticks and think "That will never be me. I will NEVER be a fish wife repeating my child's name at full volume". I am here to tell you? You f*cking will. 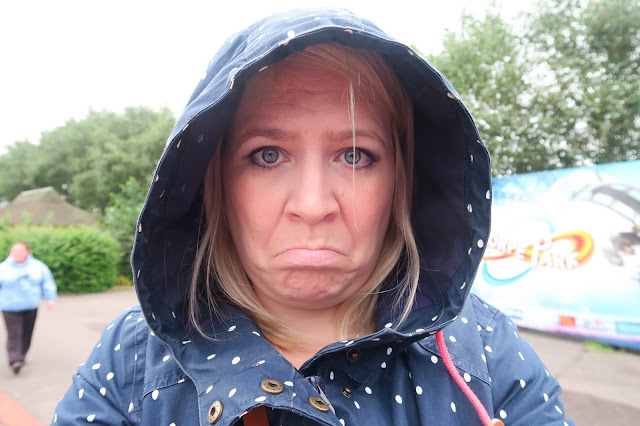 It p*ssed it down

Sometimes I have an outer body experience and float above myself and look down on the situation. Watch how it is playing out. See my two loons running around having the best fun. Climbing that bit too high. Going a bit too close to a river. Doing that thing where they shove their hand up your top so your gut is on sight for all to see. And I wish I could look down and go "Oh she is so cool and collect. She is such an earth Mother". Instead I see someone screeching like a maniac. Whilst others around raise their eyebrows.

And the nagging doesn't stop there. The nagging is about washing machines, and tidying up, and "PUT YOUR RUDDY SHOES ON". How did it happen? Why does this happen? And more importantly when the hell does it stop. I am fearful it never stops. I am fearful that my nagging will eventually be about a teenage boy that won't get out of bed or a daughter that doesn't call her Dad from Uni on Father's Day. That rather than nagging about taking the washing out of the tumble dryer. I will be nagging my husband to go on holiday to make the most of our time now the kids have gone. 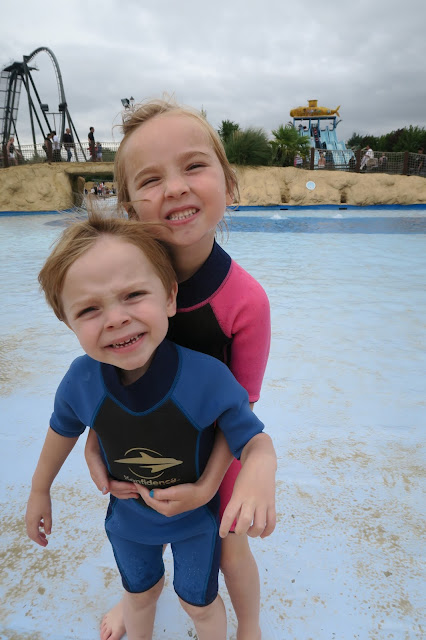 BE CAREFUL IN THAT WATER. BE CAREFUL. WATCH WHAT YOU ARE DOING. GAH!

Perhaps I have always been a closet nag and there has been this burning desire in me to sound like a total biatch in public? Or perhaps 'becoming a boring old nag faced naggy mc nag' is part of becoming a Mother. Along with always having to do the packing and wearing a coat with a hood. I feel that there is no cure to make me nag less. My husband is highly unlikely to do all the household chores I wish he would and my son will still try and shove his head up my top in the playground for the foreseeable future (however if he's still doing that when he's a teen then that will be a whole other blog post). I am a Mother. Therefore I nag*.

*And did I mention when I typed the fourth paragraph of this post I ended up screaming my son's name as he threw a tablet at his sister? The nag force is strong. Sigh.
Share:
Posted by brummymummyof2
Labels: Motherhood
Newer Post Older Post Home