The most dramatic of titles for the most dramatic of times. For the past two months I have been suffering with a bad back which has meant that walking has been constricted to bouts of 20 minutes, driving has been impossible and my bed has become the cool new place for me to hang out. What started off with me hobbling along with a stick, progressed to me being pushed along in a wheelchair. The results have come in and it appears I have slipped two discs. One which is small and the damage it is doing is minimal whilst the second is compressing the nerve in my right leg quite badly.

An operation is needed immediately. I tried exercises. I tried hot baths, heat patches and a few sessions of acupuncture with a lovely lady called Janet who shoved needles in my head and said I had a strong pain threshold. Which made me feel really hardcore and show off to my husband. I tried small walks, long walks. I tried a mix of lotions and tablets that left me sick for the whole of half term when I decided to stopped one I didn't realise was an opiate (totes Begbie Trainspotting withdrawal). And another that makes me so constipated I've watched whole films sat on the loo. Sometimes two. TMI? 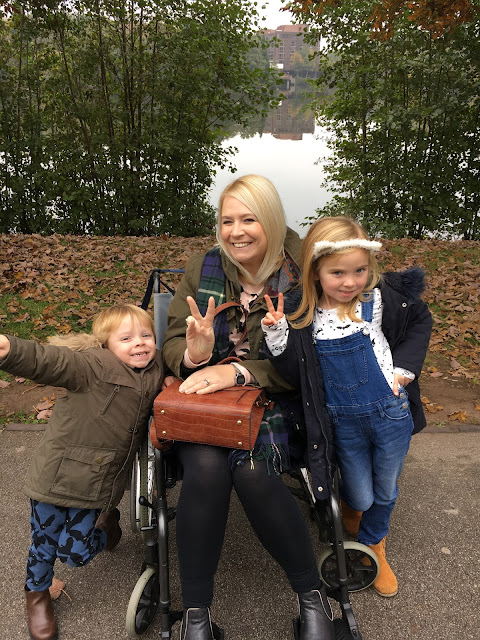 I've watched boxsets by the shedload and read more copies of Take A Break than is normal for a human. I've cried. A lot. Screaming out to my husband as the pain got too much. Kissing my daughters head wishing so very badly I could do the school run. Attempting to get my son from nursery and collapsing in pain when I got back. I've missed parents evening, meetings about phonics, as well evenings out with friends and fun with my family. It's been debilitating physically and mentally.

But...in a weird way the worst of times has been the best of times. It's shown me how capable my husband is as a Dad. Both of our families have leant on each other and helped out when we needed it most. It's made me sit back and think of a lot of different things I want to do in 2017. And whilst I've not done the 'normal' things with my kids I have been able to sit down with my girl and focus on her homework whilst having the odd cheeky nap in bed with my boy. Friendships have been shown in their true colours with some women being utterly amazing. I've sobbed on the phone to them. They have sent me gifts in the post and messaged me things that have had me crying with laughter. 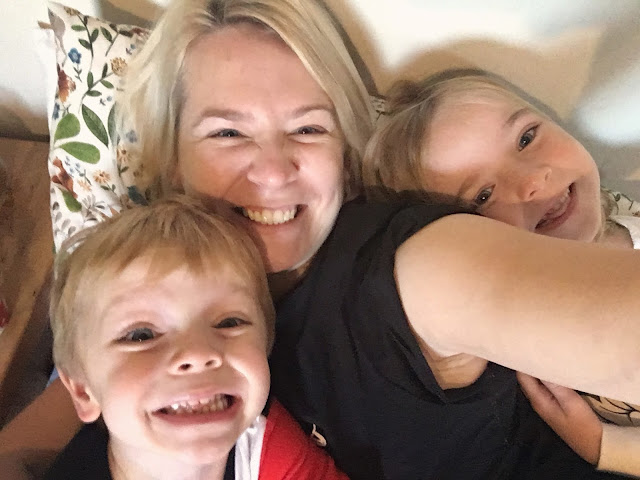 If you are reading this? You are most likely a follower of my blog and you have kept me going. Getting dressed to make a video, or laughing at the comments on a Facebook post has totally kept me sane. Seriously. You have no idea how much strength I get from you. When I posted that my daughter had been chosen as Mary in the school Nativity you were nearly as pleased as I was! It was amazing. So when I go down to my operation this week and have to survive the next few weeks of getting better again? As well as have having my nearest and dearest to support me I know you lot have got my back. Love you lots and see you soon xxx
Share:
Posted by brummymummyof2
Labels: Motherhood
Newer Post Older Post Home