This week sees the arrival of T2 Trainspotting. I have somehow managed to get a babysitter and am going to go for a cheeky afternoon showing this weekend with my husband. To prepare for it I thought I would rewatch the film. Make sure I was up to speed (no pun intended) on what went on. And within 30 seconds? I was transported back to being an 18 year old. As each song played, a different memory popped into my head. Just as Take That's revival a few years ago reminded me of poster covered walls, wearing bomber jackets (the first time round) and shaggy perms. Trainspotting will forever be synonymous with me becoming a woman...well at least thinking I was one.

It was the rebellious soundtrack that played in my head the time I jumped off a bus to go and get a dreadful tattoo on my shoulder rather than going to a lecture at Uni. Or my first girly holiday to Newquay where I used to phone my boyfriend on the payphone each night sobbing I missed him. But then ten minutes later was found downing Hooch whilst prancing around with lads who claimed to be surfers. Songs that used to play in clubs and house parties where boys smelt of fags and I wore a dress that looked like a nightie. Evenings full of heartache, or snogging or just dancing with wild abandon. Thinking I was fat when in reality I was a glorious creature four stone lighter than now. 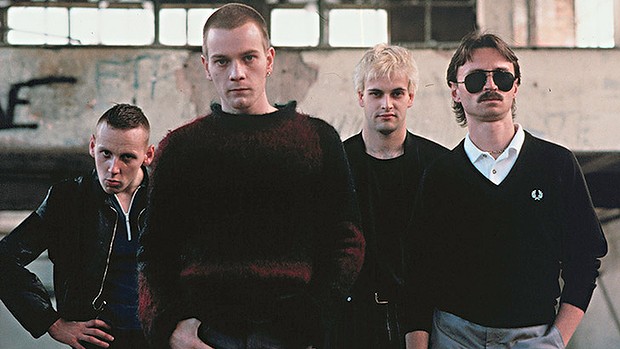 And it seems a world away from where I am today. Evenings here are more likely to be spent trying to put children to bed. Hooch has been replaced with Prosecco and my nighties don't even look like nighties anymore. They are a huge, vacuous pair of pyjamas that have seen better days. And it could make me feel a little bit sad. It could make me yearn for those days gone by where everything was carefree but I think? We were the lucky ones. We grew up in a time where being carefree was just that.

There's no photographic evidence of me flashing my boobs on the coach to Cornwall. I never had to see my ex boyfriend snapchat a photo of him getting off with one of my friends. Nobody tagged you in anywhere and if you wanted to take a camera out? It was probably disposable and the photos you left months to develop would come back blurred or not at all. It was heavenly. My head is full of happy moments 'choosing life' and not choosing to be on social media. I'm sure there were sad times but they have been tucked away safely in a folder in my brain marked 'do not open' rather than a folder on Facebook called 'P*ssed in Ibiza'. 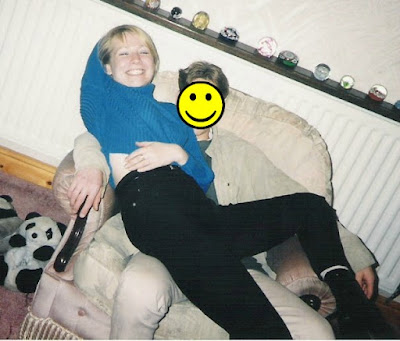 When I turned 21 I went to see a play starring Ewan McGregor. After it finished he came out to the bar. I had a photo (since lost in boxes under the stairs) and asked for a kiss (I was a young woman with very little shame). He obliged and I will always remember that he smelt of beer and cigarettes. That smell has remained in the back of mind alongside memories of first loves and tracks by Iggy Pop, Blondie and Underworld. When I'm old and grey I shall hold that scent and those songs close to me as a reminder of some of the happiest times of my life. And no sierra filtered instagram will EVER top them.