Now you may not have heard of the Heebie Jeebies. You may call it 'The Beer Fear'. Or perhaps just plain 'the morning after the night before paranoia'. But the Heebie Jeebies are something that I suffer from dreadfully after a night out. I go to bed feeling like literally "I AM Beyoncé" and I've pretty much had the time of my life. And I wake up thinking...."mmmmmmmm sh*t". Now don't get it twisted. It's not like when I get unleashed into the public I start fights, become addicted to crack or get a full face tattoo. I just am a teeny tiny bit of a d*ck.

I'm not actually a huge drinker. I tend to have one or two gins on a weekend as you lot know and that's about it. But on the odd occasion I do go out I will have a few and then? That is when the inner d*ck is unleashed. She's always bubbling just under the surface on a day to day basis. She's the antithesis to Sasha Fierce. She's a really crap version that laughs that little bit too loudly, tells a rude joke or ten and also enjoys a few home truths. But the really weird thing is whilst she is out and about sipping Prosecco and lording it up. My version of Sasha Fierce thinks she is wicked. 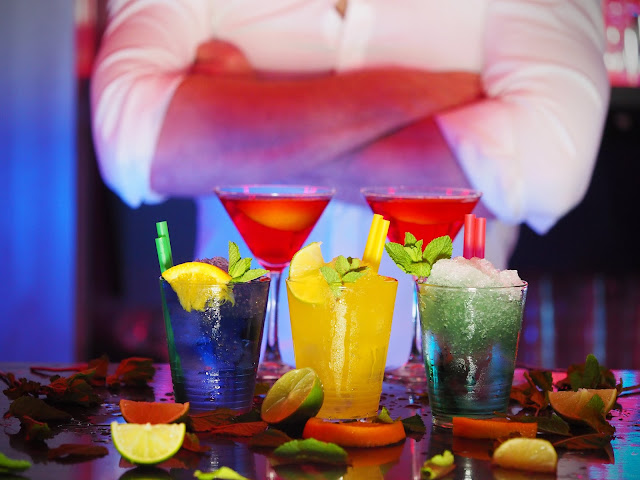 I can't remember if she has always been there. I mean I've never been particularly cool to be honest. But I don't remember being quite so uncool when I was in my early 20's. The older I get the more ridiculous I get. And I don't think that it's just me. I've been with friends who have vomited on my feet and been in bed by 8pm or messaged me the next day going "good god why did I do that last night". It's like we've all got this person lurking inside us just waiting to reveal themselves.

I wonder if it's because we spend so much of our time not swearing, remembering homework, ensuring that we keep small people alive. Day in. Day out. We are responsible adults. And let's be honest adulting is really really boring. It's as if when we get those few sweet hours of freedom we totally lose our sh*t. We can't cope. It's as if our body is screaming "FREEEEEEDOOOOOOOOMMMMMM". My topics of conversation become filthy and my laugh becomes shrill and high. And don't get me started on if they play any 80's music. You would have thought it was the first time I had heard a song.

So the morning after the night before is always a bit of a chore. I know it's going to happen as soon as my eye's open. There's the inevitable 50 texts to mates asking if I was bad. Them reassuring me I wasn't and then me not believing them. Within 24 hours the feeling of dread has vanished and it's all back to normal again. My d*ck version of Sasha Fierce goes back to sleep. Hiding in the back of my head behind dull facts about phonics, around the corner from remembering to book a dentists appointment. And can only be seen after the next night out...or if Aha comes on in the car and I sing really loud whilst no-one is watching.
Share:
Posted by brummymummyof2
Labels: humour, Motherhood
Newer Post Older Post Home