This morning my girl made a bold statement. "I KNOW EVERYTHING ABOUT PEPPA" she said. I quizzed her, yeah she knew that she had a brother called George, and that her Mummy and Daddy were called...well Mummy and Daddy. It appeared that yes she did indeed know everything about Peppa bloody Pig (it's hardly rocket science is it). So even though it is before 8am I thought we would have a crack at drawing Peppa to take part on NOW TV Nickelodeon Swap Shop draw your favourite Nick character competition.

I got out of the Pimms case I won at BritMums that now contains all my kids art stuff (booze and kids is OK right? No, you're right it is weird but it's such a pretty hamper!) some little people templates I got from Poundland. OK so I know that Peppa is not a person but she speaks, goes to school and wears wellies so that's good enough for me! We used one of those ridic pricey Peppa weebles as a very wobbly impractical model and set to work! My boy just sat there watching, chewing on a ridic pricey Danny Dog weeble but he was so happy so that's all good. 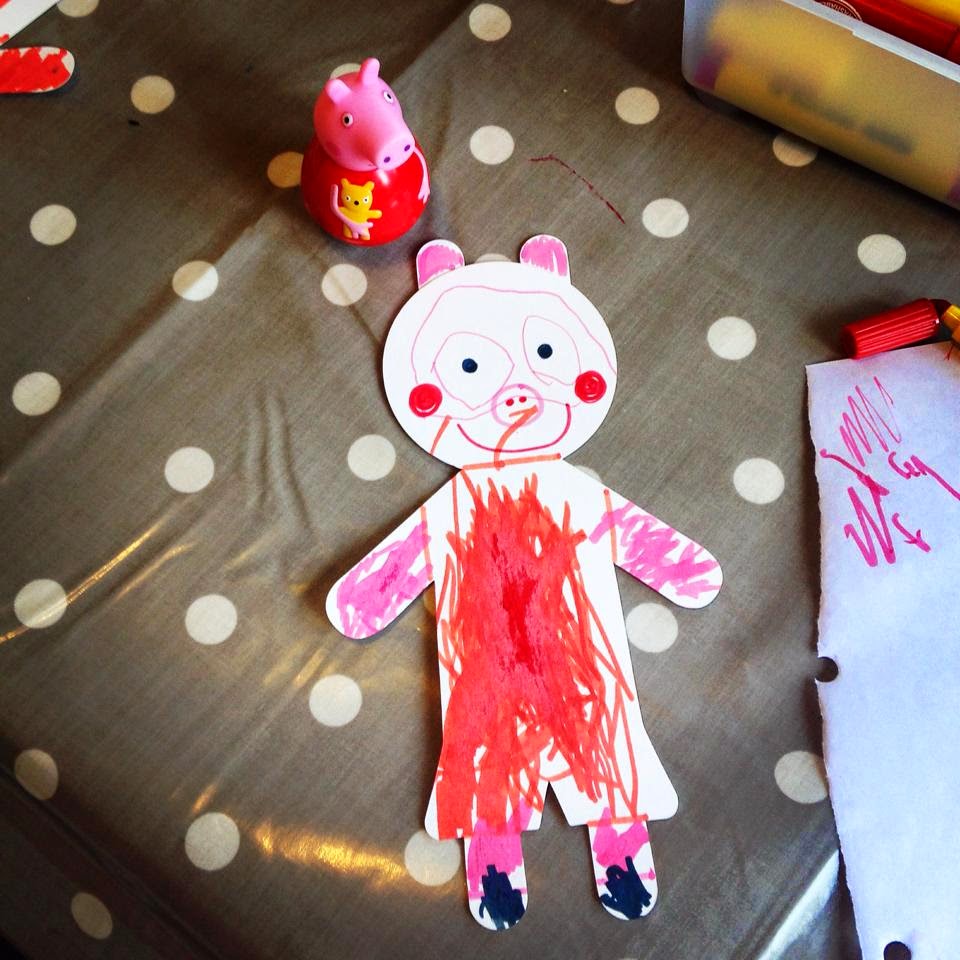 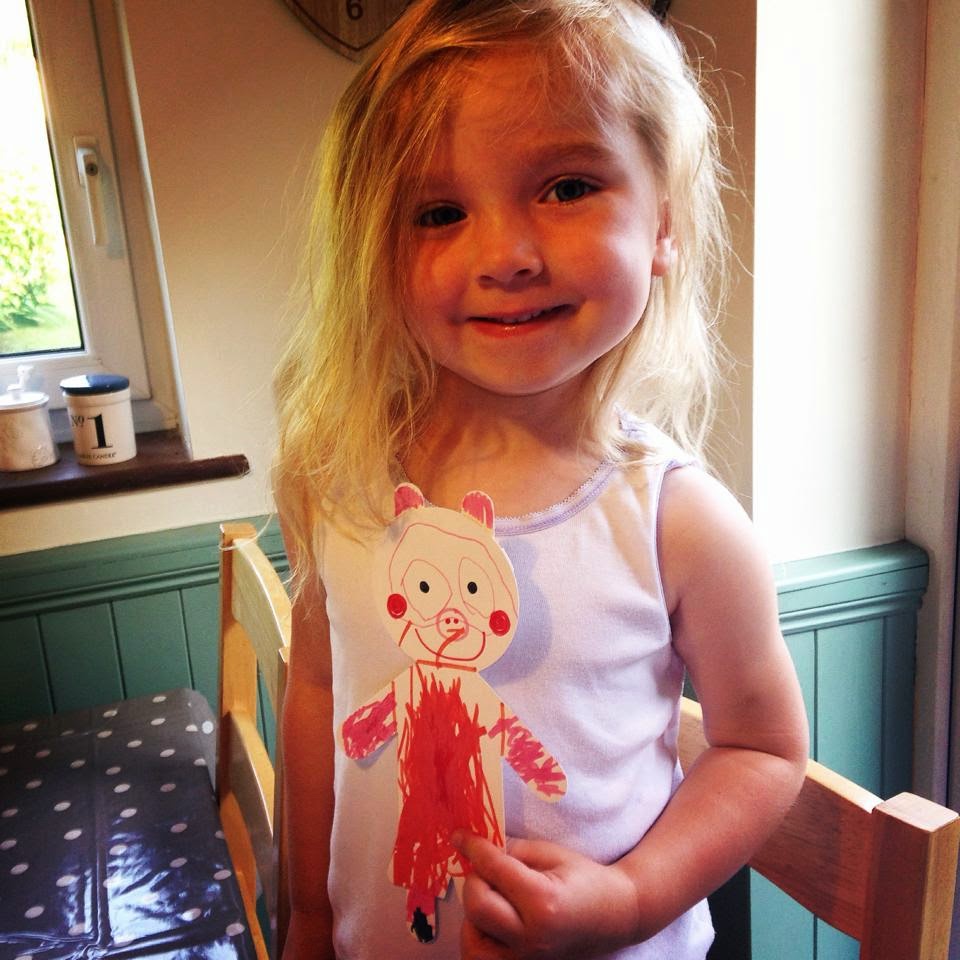 You can tell it was dead early in the morning as my girl as crazy bed hair and she is in a vest like an extra from Annie! Bless her. She is so happy with her hybrid pig/person/creature! Which is now on my fridge with all the other strange and terrifying pictures she draws.

I am sure that your children can do much better so if they can, taking part is easy peasy, all you have to do is follow NOW TV on Twitter or Facebook. Over the next two weeks the NOW TV Nickelodeon Swap Shop will post characters from some of Nickelodeon and Nick Jr.'s most-loved shows like Peppa or Thomas. Then it is over to the kids to get creative by drawing or painting a recreation of their favourite Nickelodeon characters. Tweet a picture of your children's artwork with the hashtag #NickelodeonNOWTV or respond to the post on the NOW TV Facebook page to receive their free digital activity pack.

Every submission will receive a digital activity pack and also be entered into a competition to win a Nickelodeon goody bag and a NOW TV Entertainment Month Pass. Judges will pick the winners by selecting their 10 favourite entries each, which will be showcased on the NOW TV Facebook page for everyone to see. This is all to celebrate that NOW TV Viewers can now watch Nickelodeon and Nick Jr. at any time, without a contract via the Entertainment Month Pass. For more information go and visit NOW TV.

PS She also had another crack at another one of her fav Nick characters. Who do you think this monster is???? And no it's not Holly. And yes. This is now on my fridge too. 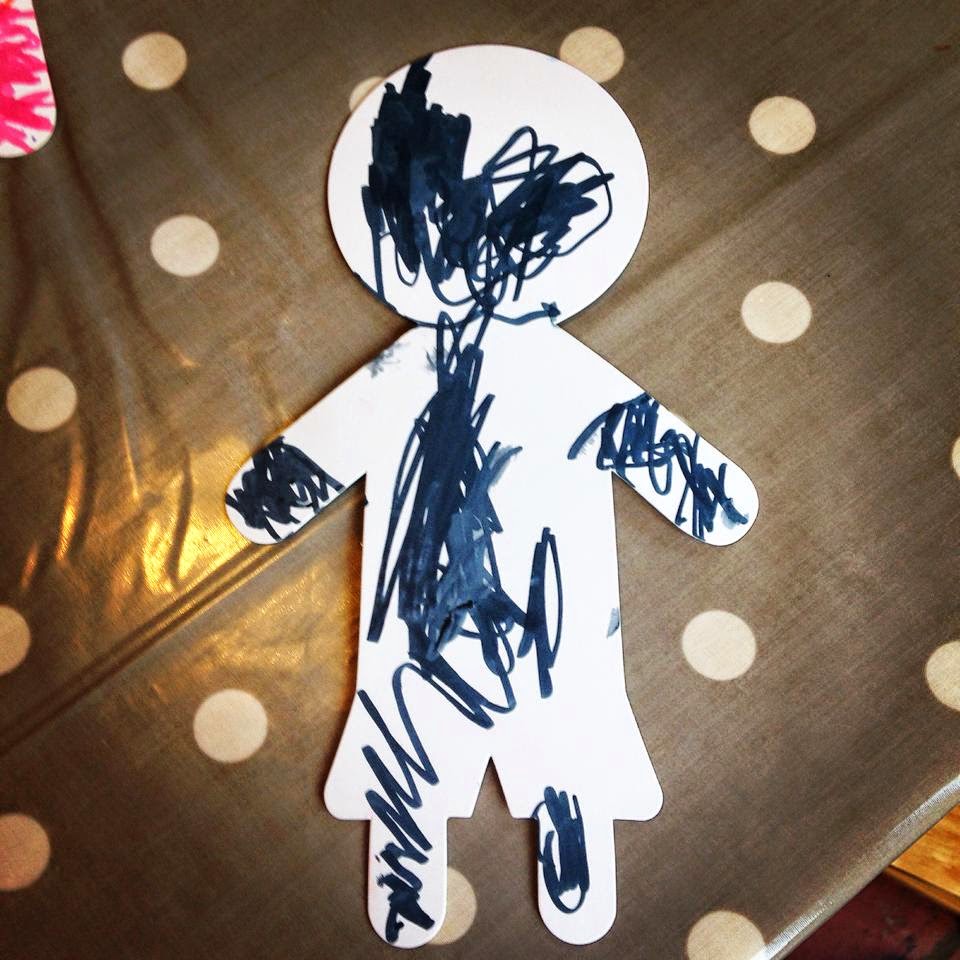