10 Signs You Are Staying In (Again) This Friday Night

1. Preparation
Whether your Friday has been looking after children all day, or being sat in a office from 9am. You are exhausted. The preparation for your weekend to begin is the sweet sound of the clasp of your bra being undone. And dropping to the floor. Hell it's only 5:30pm! But it's never too early to let those puppies hang free (and low) #kneeboobs.

2. OOTD (that is youth speak for Outfit Of The Day)
Bra is off. Pyjamas are on. Generally these are thick, warm and probably tartan. Sometimes you may wear a long striped shirt nightie. Thinking you look all cool, trendy and a bit sexy. Combined with two year old Matalan slippers and a dirty dressing gown. You don't. And put some bottoms on for gods sake. We can see your fanny.

3. Knowing Ones Limitations
Around Wednesday you start to get excited for your Friday night take away. You are going to eat that Chinese/Pizza/Curry SO HARD it won't know what's hit it. You lustfully discuss with your other half over text how you plan to ram prawn toast down your gob. You wonder how many spring rolls you can consume this week. There are no limitations for Friday night take away. You survived another week. YOU EARNED IT. And everyone knows calories don't count when the weekend starts. It's a law. 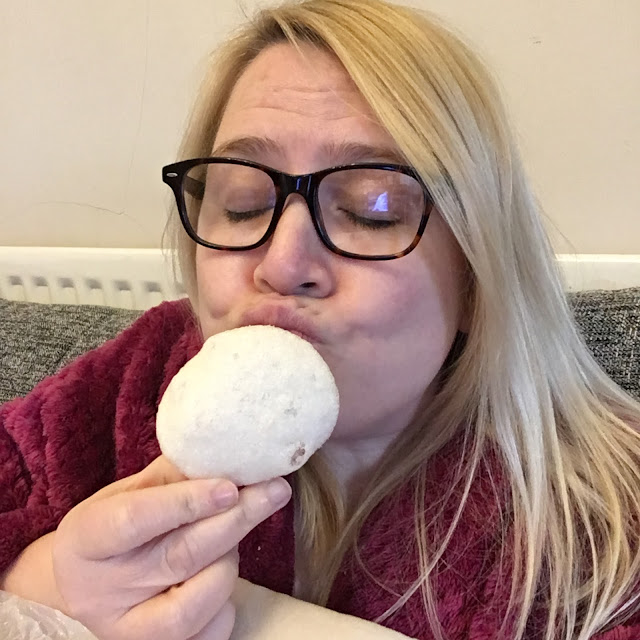 4. That All Important First Drink
YES! The kids are finally asleep. You scour the drinks cupboard for anything that is vaguely alcoholic. You realise that all that is left is one solitary shot of gin. That's not going to cut it. Your other half is sent out to get some more. You add sweets to the list. Remember? No food limitations on a Friday!

5. Company
Is your other half. But technically speaking it isn't really company is it. You sit on different couches, tucked under the filthy 'couch blanket'. Gorging on food, drinking a cheap bottle of booze, occasionally asking him to turn the channel over or if he minds "watching Made in Chelsea". He couldn't give a sh*t. He's ignoring you playing Disney Emoji Blitz.

6. Other Humans
Are not welcome. No one should dare think of knocking your door on a Friday night unless they are delivering a take away. And even then they will be forced to witness your low flying boobs in a grubby dressing gown and possibly get a little peak of your fanny (told you to put some bottoms on).

7. COCKTAILS!
Cocktails on a Friday night would involve some sort of actual getting up from the couch. Booze when you are staying in, is often warm, sometimes tin based and never consists of more than a shot, a mixer, ice and a comedy Poundland straw if you're feeling super fancy. 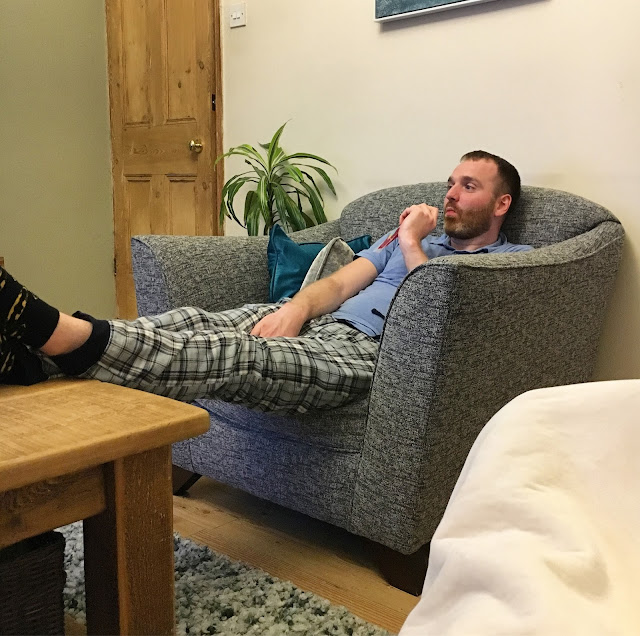 9. Time to Go To Bed?
You wake up at 9:34pm on the couch wondering where the hell you are. Then you remember you were half way through an episode of Game of Thrones (which you have still never managed to see more than one episode of). You vow to stay up till at least 11pm. You have some Fruit Pastilles to tide you over.

10. Time to Go To Bed!
F*uck it. It's 10pm. You have been up since 5am. You work out really that's the equivalent of someone who gets up at 7am being up till midnight! You congratulate yourself on staying up and jump happily into bed. Trying really hard to not think about what you will have for your take away next Friday night.