To Them I Am Perfect

Recently I've had a bit of a revelation. My children were eating fish finger sandwiches (declared by my little boy as "THE BEST FOOD EVER!"), playing Minecraft (I have no clue what the hell is happening in it) and chatting nicely (unheard of). And for the first time in a long while I thought to myself "this is where they are meant to be". For years I have worried about my kids and if I am really doing a good job. In my head I had little tick boxes that I used to decide if we had had a good day or not. A checklist of how to be the perfect Mummy.

'Children eating healthy meals at the table whilst we chat about day to day issues' would have gotten a tick. 'Mummy manages not to raise voice and children leave the house fully dressed by 8:35am' might have been allocated two ticks. 'The shower would be clean and fresh towels laid out first thing on a Saturday morning' well that would have been 10 ticks and a small triumphant dance from me. It was an internal reward chart going on in my head. Me allocating myself points and valuing my parenting abilities based on a whole host of things I have seen on TV or social media. 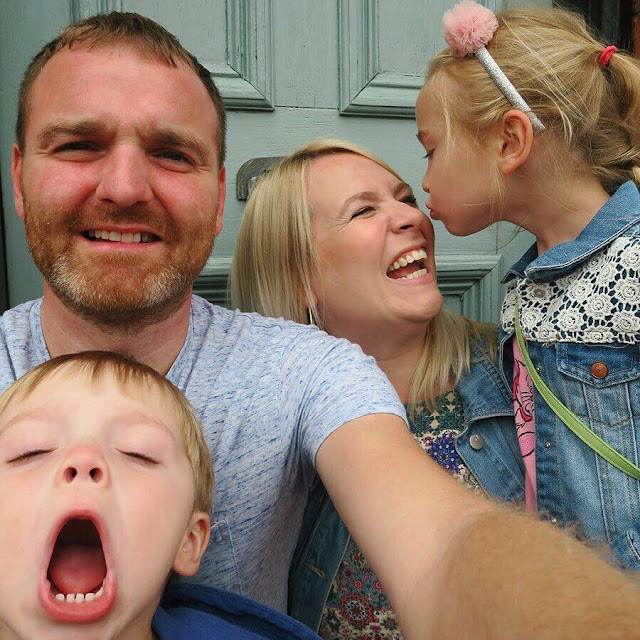 We've all watched the American programmes haven't we? You know the ones. Where the family is all sat around a table, in a beautiful kitchen, in a giant house. Mum is serving some sort of huge meal whilst the kids chat about what they have been up to in the day. Or the social media account where a whole host of products are used on a daily basis to make everything shiny and sparkling. I have a giant drawer with ALL of those products. Different scents for different seasons. Different cloths for different surfaces. But it just doesn't seem to make my house quite as shiny. However. My children do not care. They love our house. Their home.

They love the shower with the special strawberry shampoo Mummy bought just for them. They don't mind that sometimes meals include waffles, fish fingers and lashings of tomato sauce. And with the amount of after school activities they both have, spending an hour or so staring at a screen and chatting with your sister is the perfect way to unwind. As is watching Netflix under a snugly blanket on a Saturday afternoon when we really should be going out for a big healthy adventurous walk. Or a bit of a lie in on a Tuesday which results in Mummy shouting "PUT YOUR SHOES ON NOW!". Ten times in a row.

My kids are happy. Do they fight with each other some of the time? Yes! Do they occasionally declare that they don't like me much whilst stamping their feet? Yes! Have they ever said "Mummy why doesn't our bathroom shine?". No. This house is their wonderful safe retreat. And each little thing we do is filling their brains with memories for them to chat about when they are older. How Thursday night was fish finger sandwich night. How Mum would ensure that there was an extra waffle on the side and added extra tomato sauce. How she did it with such precision so it wouldn't touch the bread. You're doing a good job. Heck I'm doing a good job! Even though sometimes I do long for a giant American house. Preferably one with a utility room.
Share:
Posted by brummymummyof2
Labels: Motherhood
Newer Post Older Post Home