10 Reasons Why 'Home' Is The Best Club In Town

1) There is no dress code in the best club in town aka 'home'. Hoodies worn at University 20 years ago are perfectly acceptable. As are dressing gowns that are a bit grubby. Best of all no one stares if you've got no bra on and your nipples are facing towards the floor.

2) Whilst nights out with friends are meant for socialising and chatting. Nights in with other halves are meant for silence and scrolling through social media. This is immensely pleasing.

3) There is never a queue for the bar at home. Sure there is a short walk to the kitchen but the barman (me) is very generous with the measures and often will provide a free Kit Kat chunky or a cheeky pack of Fruit Pastilles.

4) Lying down whilst drinking alcohol from a tin under a giant fleecy blanket is encouraged at home. One may be mistaken for a tramp if doing the same thing in a nightclub. This may result in being kicked out or 20ps being shoved into your hand. 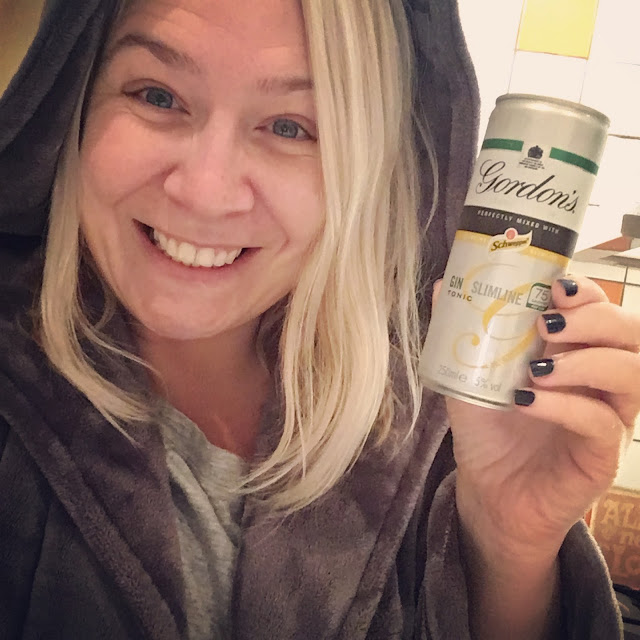 This barmaid provide free drinks! (even though her nipples are nearly dragging on the floor)

5) There is rarely a queue for the toilet unless your other half decides to take an hour long poo. But then you can just bang on the door and scream at him to get off and no-one will get offended and potentially want to fight me.

6) Whilst nights out involve you trying to actively get some sort of sexual action? Nights in are you actively trying to get non. The downward facing nipple, uni hoody, gin in a tin and tramp blanket should aid you in this endeavour.

7) Nights out involve you having to learn how to twerk or crunk or whatever the hell the youth do these days. Or that sexy grinding move that you've seen on Geordie Shore. Nights in involve you lighting a festive Yankee Candle and maybe humming to the opening of The Walking Dead.

8) Rather than having to queue in the freezing cold for a dirt burger that will most likely give you the sh*ts. People will bring you a dirty take away to your door. YOUR DOOR. And even then you moan a bit about who is going to answer it #igotitlastweek.

9) In a nightclub you may feel like you have failed if you leave before it finishes which could be as late as 3 or 4am. In your house? If you last till 10pm? You are practically a rock star!

10) There are no flagging down cabs, scrabbling around for coins to split the fare or bizarre rude drivers. Just a slow climb up the stairs. With the odd groan as you pull yourself off the couch. Five seconds later? You are tucked in bed, still in your take away stained hoody and happy as a pig in sh*t.
Share:
Posted by brummymummyof2
Labels: humour, Motherhood
Newer Post Older Post Home