9 Things That Can Break The Average Family

Ah families. Before you have children you and your other half chat about all the things you will to together when you are a unit. The adventures you will have. Experiences you will enjoy with your offspring. It's going to be magical. It's going to be wonderful. It's going TO NEVER HAPPEN. As it becomes clear that there are certain situations that no matter what will break the average family. Even a family that actually gets on can be tried and tested and one if not all of them will end up crying or whisper swearing. So here are 9 ways that are guaranteed to ruin a wonderful family experience and make you wish you never bothered.

1. Car Journeys
You have organised a wonderful holiday. You have forward planned and made sure each child has a tablet, snacks, their favourite toy and poundland stickers. Still within 20 minutes your car? BECOMES A TINY JAIL OF HELL! Tablets are dropped on the floor and no-one can reach them. Someone hit someone in the face with a toy. Someone is crying they want the window open and someone says they feel sick. You threaten to go home at least 86 times. But know you never will and have at least 5 f*cking hours till you get to your destination.

2. Meals Out
Technically what could go wrong? You're out together as a family celebrating a birthday. You don't have to cook. You don't have to clean up. Sounds glorious. But then for some inexplicable reason your food takes an hour to come. You can't find the Wifi code so your kids can't watch Kinder Eggs being opened on your phone. Someone spills a drink. Someone tips salt everywhere and when the chips finally arrive? They are hotter than the sun. People stare and you wish you had celebrated in a drive through like last year. 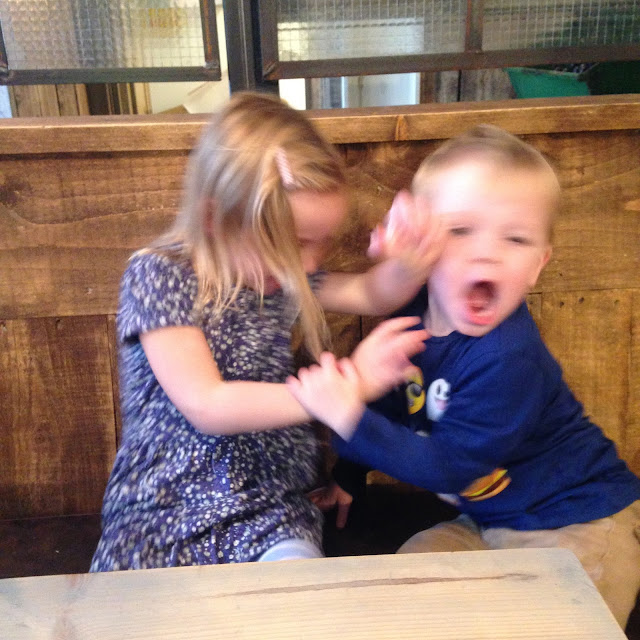 WHERE IS THE FOOD?!

3. Board Games
"Let's be educational!" you think. "Let's play a game!" you announce. You get Kerplunk set up, or could be Head Bandz. And for the first round it seems that everyone is going to get on and "play nicely". Then someone cheats? Then someone loses a round and bursts into tears. Then someone decides to just smash the game up and then you vow "NEVER AGAIN" and go back to watching TV.

4. Staying In Hotel Rooms
No joy can be found in hotel rooms with small humans. Much like the 'tiny jail of hell car journey' you took to get to the hotel you are now in a tiny room of hell. But one where the prisoners can run around and turn the lights off and on, jump on the beds they refuse blankly to go in and eventually pass out where you were meant to sleep. You end up hanging off a single bed at 8pm wondering whether you should lie in the bath and watch YouTube on your phone but are scared in case you wake the little monsters up 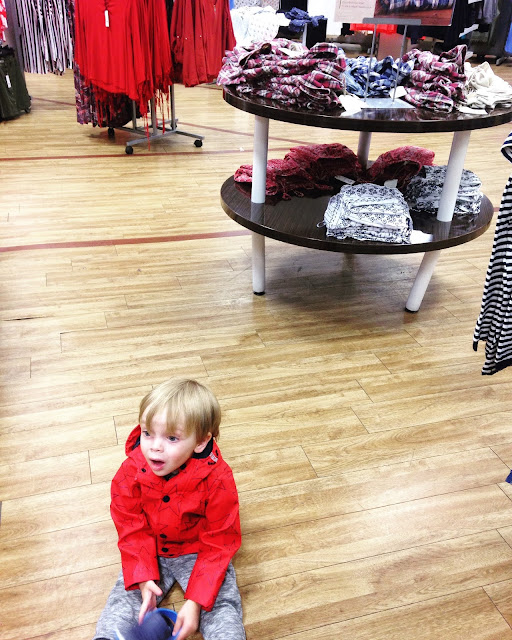 Oh no he's not normally like this! HE IS JUST OVERTIRED!

5. Clothes Shopping
"I'm going to treat you all to a nice outfit!" you exclaim. You go into town. On a Saturday afternoon. And realise that this was the worst idea you've ever had. Once you finally manage to drag your small humans out of the Disney store crying. It becomes clear that every shop makes you sweat like a pig, your daughter refuses to try on anything other than sequined mini dresses and your son enjoys hiding under the t-shirts while people stare tutting. You use the word "overtired". A lot.

6. Food Shopping
Just when you think that you can manage to take your children food shopping. Remember THAT YOU CAN'T. Asda always puts kids magazines at the front (the f*cker) so you either cave in and spend a tenner on that crap or endure screaming for an hour. You then have to avoid every aisle that has Peppa products in. I swear to God there must be Peppa tampons somewhere as her face gets on everything. Old people stare. You sweat and leave with nothing. Bar a £10 magazine the child immediately rips and leaves in the car.

7. Sunday Morning
Should be relaxing. A time to bond. But more often than not it's a time to wonder when the f*ck the local softplay is open and what they hell are you going to do to entertain your little ones for four hours. Your husband has had ANOTHER lie in so you want to kill him and if you could reasonably inject caffeine into your eye balls? You would. 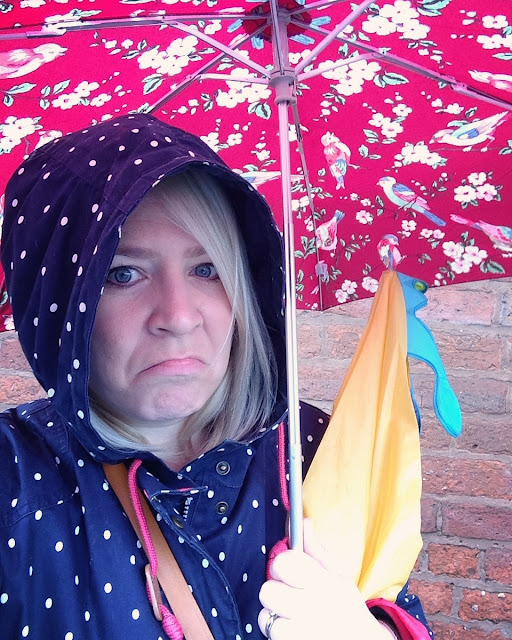 Rain is no Mother's friend

8. Rainy Days
See Sunday Morning. BUT IT LASTS FOR A WHOLE DAY. This is also when you most often attempt 3) Board Games #sadtimes

9. Choosing A Family Film
I dreamt of a day where we could sit around and enjoy a family film together. You know like you see on cheesy American films. We would eat popcorn. The fire would be on. We would be united. What I didn't bank on was that no-one wants to watch the same film. Two of us hate popcorn. And when we finally do pick a film someone will be shouting "BUT I HATE THIS!" all the way through. And that's just my husband.
Share:
Posted by brummymummyof2
Labels: humour, Motherhood
Newer Post Older Post Home