So when you have a baby you are obviously meant to immediately become skilled in feeding them, changing their bum, getting them to sleep and all that jazz. But as they get older. You realise there are other skills you need. Some take time. Some come with ease. Some? I am yet to master. Maybe I will one day. By which time they will be 18 and won't give a sh*t any more.

Finding the f*cking dummy
Where oh where is the dummy? You know you brought ten of the sods at £5 a pair so why, when your baby is weeping is it nigh on impossible to find ONE. Just one. Any one! The ones you brought for 'best' or and old one. Just ONE! There has been times where I have resorted to a new born one with my 18 month old or even an old one my girl used to have that randomly appeared in an under the couch panic inspection.* 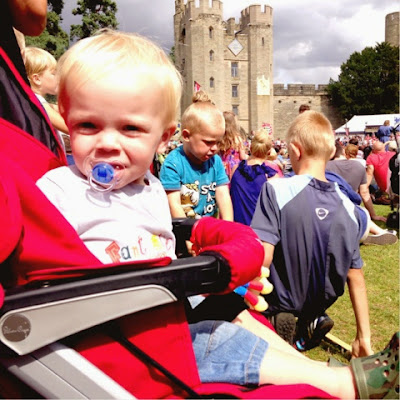 DO NOT LOSE THAT DUMMY!!!

Stopping naps in the car
Now. I'm not saying I have ever done this. But if one is ten minutes from home and one doesn't want ones child napping thus either a) wiping out the dream of the afternoon nap or b) sending the child into a rabid spin post ten minute stupid car nap. Well. One may drive with one arm on the wheel and one arm shaking the child's leg and hysterically singing a hastily made up "don't go to sleep tra la la laaaaa" song. But I've never done this. As it's dangerous. Ahem.

Making a trip to Poundland exciting
You've come to the end of you maternity leave and you're skint. And you need to leave the house for fear of losing your tiny mind. So where do you go??? Poundland of course! My children think this is dream of all shops. And when I mention Poundland they yelp with joy. And when I can say they can choose whatever they like? The wonder in their eyes. I reckon this lasts for only a few years till they realise £1 is actually less than a loaf of bread and Poundland loses it's allure. Then? I am screwed. 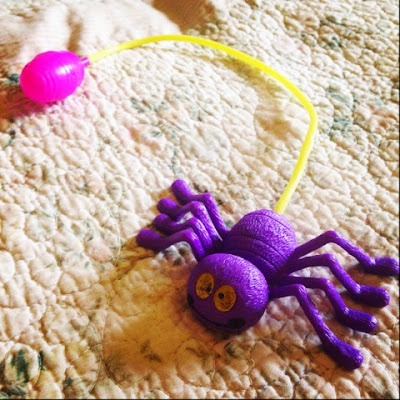 This cost you a pound? Never!

Packing a small bag with everything you may ever need in the world ever. Ever
Ah the 'Mum' bag. You need to know how to pack a oversized bag and even if you go out for ten minutes you need everything ranging from a bog standard nappy to a sun hat to spare socks to snacks to a spare dummy (in case you lose one which you will then you won't be able to find the spare dummy). The Mum bag is a wondrous place but also a place where something as simple as a pack of baby wipes gets lost whilst you are covered in sick or there is poo leaking up your babies back.

Making the mundane. Marvellous
This takes the talent of an Oscar winning actress this one. Making the ordinary normal everyday crap, dead boring, tasks. Marvellous. "Who wants to go to the Post Office to go and see Postman Pat!?" you exclaim whilst clapping your hands with glee. In reality you want to say "We have to go to the local shop immediately as we have run out of toilet roll, and kitchen roll which could have been used as a substitute and baby wipes block the system and last time we used them your Dad told me off so we need to walk in the rain and buy a substandard product from the worlds most miserable shop assistant". But you leave, and sing all about his black and white cat as you jump in muddy puddles. 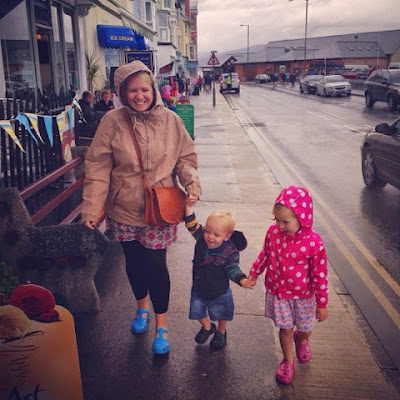 There are other skills you need such as trying to win toys on a rip off clasper machine whilst your child weeps, not rolling ones eyes when your Mother in Law tries to force mittens on your child. Again. However small steps. I just found a quid under the couch whilst looking for the babies dummy so we are off to go and Spend Spend Spend!

*Yes we use a dummy. They make my children happy. No further discussion is needed unless you know of a dummy finding device.
Share:
Posted by brummymummyof2
Newer Post Older Post Home