Not So Lonely Now...

A few weeks ago I wrote a post about the crippling feeling of loneliness that sometimes comes with being a Mum. How you can be surrounded by little people for 12 hours a day but still feel totally alone. I was overwhelmed with the amount of women saying “I feel like that too!”. It was made Mumsnet Blog of the Day and over on their Facebook Page the response was the same. After reading it two women suggested that I organise a meet up.

One was the very lovely Amy, who blogs over at Surviving Life and Motherhood (Just). She is doing something similar down in Greenwich, London throughout summer. The other was a reader called Claire who dmd me on my Facebook Page. So after a bit of a chat with my sister? I decided to plunge in headfirst and put out an open invitation for strangers to come and meet me in a park. Not only that but I also asked them to share this invitation with their friends. I chose a date, a central location and said “come and have a picnic with me!”. 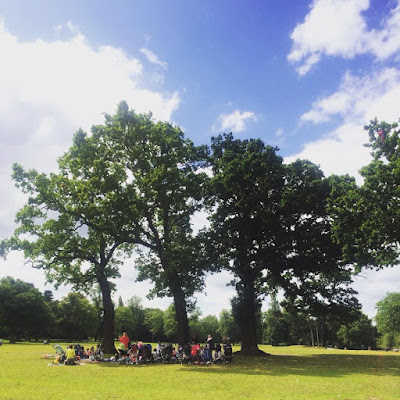 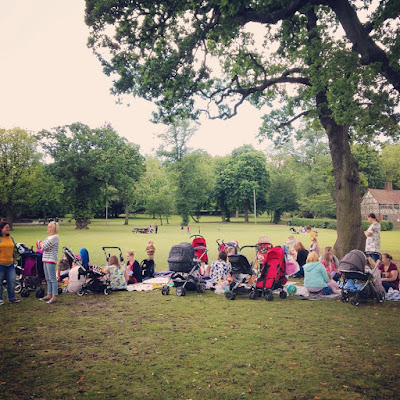 The day of the meet up arrived. And I will be honest? I sh*t myself. The internet is a scary place and I’ve had my fair share of trolls so I literally had no idea of who was going to turn up. It didn’t help that I chose the worlds BUSIEST day. Opposite the park was the a big game at Edgbaston Cricket Ground. So the traffic was bad and the streets were full of random people dressed up and waving flags.


When I finally made it into the park. The only people there were a group of yoga enthusiasts who were doing some yoga type stuff. So I sat down. With my kids. A blanket and a picnic bag. And waited. No-one came. I took a selfie in an empty park. Sent it to my sister. I waited a bit more. Speaking in a high pitch manic voice to my kids who kept looking at me like I was insane...And then? I noticed two women, with buggies walking to me. THANK F*CK FOR THAT! I ran over enthusiastically and as if on cue? My kids started to fight over the picnic. Standard. 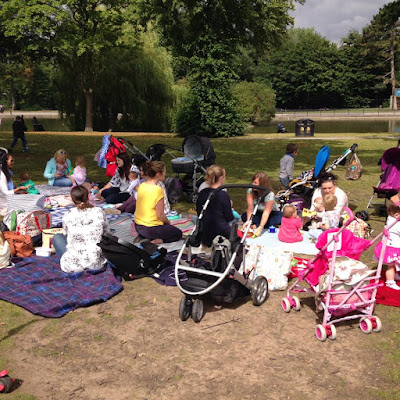 Over the next two and a half hours loads of women turned up. Some bravely by themselves. Some with babies. Some with toddlers. Some with both. All with picnics. It was amazing. I couldn’t believe that my little spot on the internet encouraged some Mum’s to come out to a park and chat to strangers. A couple of bloggers also came to support me who was lovely. Thanks to Sarah for bringing cake, Erica for bring chalks (genius) and Beth for braving it with her tribe.

So I’ve decided that once a month I will organise a BrummyMummy meet up. There’s no rules, you don’t have to come to every one, or you can. You can bring mates, or come alone. I also am planning on organising a BrummyMummy 'Going Out Out' night out. I worry for the people of the second city when a bunch of rabid, gin drinking, twerking Mums descend on it.

Now for the w*nky bit. Thanks to my blog, thanks to the internet, thanks to social media it has meant I don’t feel quite so lonely anymore. It’s restored my faith in humans. There’s LOADS of good-uns out there. Sat in their houses, hating Peppa, eating waffles and doubtlessly cleaning their privates with baby wipes too! For more information on the next meet up pop over and like my Facebook page here where I will give regular updates. And to all those that came? You my friends. ROCK. See you soon?