You will never win an argument with a toddler. Ever. They have the hide of an elephant and are as stubborn as a mule. In fact they have most animal characteristics including being legally allowed to just poo and wee wherever they fancy.

Unlike us it is fine for them to scream and shout in public. Make slanderous comments ("Mummy you're hurting me!!!"). Drop and play dead. Drop and stamp fists and feet. Howl and cry uncontrollably, and the buggers get the sympathy vote from strangers (especially old people who seem to hate young Mums) too. Gits.

So to save you some trouble here is a list of things you should never say or do with a toddler unless you fancy a full blown war where you make the idle threat "I'll phone your Dad!". Knowing full well he will do absolutely nothing. Bar maybe laugh a bit. The sod. 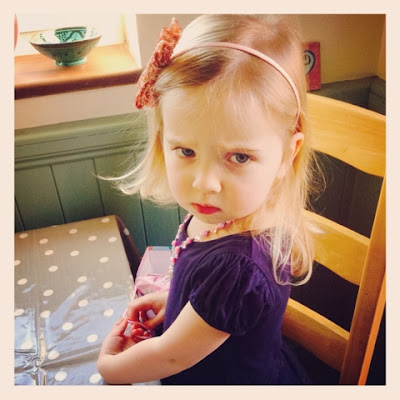 Do not take your child to Toys R Us or the Disney shop unless you are willing to shed a lot of your hard earned cash. They will say they know they aren't allowed a toy and promise they will be good. They lie the cunning monsters. They will weep and grab things and make you look like you have never ever brought them a toy ever.

Do not expect your toddler to get jokes. They don't. If you dare to call them an horrific and offensive name such as a "silly sausage". They will howl like you have called them the c word (you know the dead bad one). So don't joke. Tickling is fine. But even that can go wrong if you tickle the wrong place. But you don't know it's wrong as they have never mentioned it before.

Do stick to promises. They have these weird memories do toddlers. Past 30 we are lucky to remember what we had for lunch but they remember promises from weeks ago. So if you bribe them with a chocolate coin and then instantly forget. You best get yourself down the corner shop stat or they will go in a rage. And you will get the guilt. You will be the parent that let's them down. And worry about the future psychological impact. All over a chocolate coin. 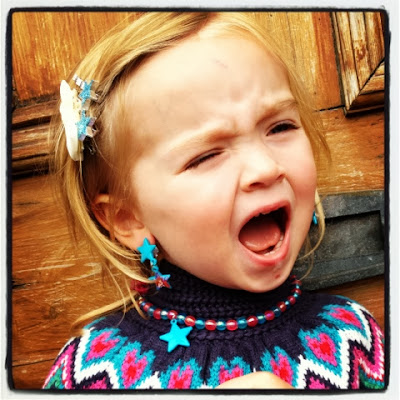 Do expect poor behaviour in your friends houses and plan accordingly. A play date sounds a great idea! And then your generally normal toddler goes psycho. Fighting over the most crappest of toy. My girl and her friend once fought over who liked the colour purple most (?). They had to be separated.

Do not rush a toddler. They don't rush. They don't get "hurry up" or "go faster" or "come on" or "I'm getting cross now we're going to be late" or "for gods sake get your wellies on and GET IN THE CAR". They won't. They will say just "one minute!" or decide they hate the clothes they are wearing. Or worse decide to pack a bag of crap. And if you dare to help them with their coat. They do that thing where their arms go rigid. Or they put all their fingers into the thumb part of a glove. And you want to scream. But you don't. You're just permanently late. For ever. 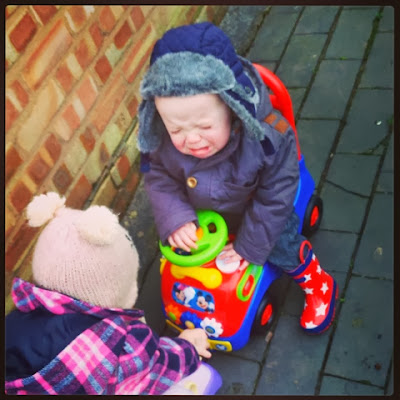 Finally... just embrace the fact you're always going to lose. That's just the way it is. Once you have given into your fate your life will be a lot lot easier. Take it from someone who knows.