The Don't Beat Yourself Up Guide to Tantrums

Tantrums are like arseholes. All toddlers have both of them and more often than not? The former also results in them turning into a total an utter arsehole as well. Tantrums are one of the most frustrating and horrible parts of being a parent. Your little beauty goes to bed all lovely, smiley and smelling of baby powder on the eve of their second birthday. Then they wake up the next day as a psychotic, unreasonable monster. Or if you're super lucky? It may even start as early as 18 months. Wahoo!

As far as I can see the 'terrible twos' seem to last well over one year. My girl is four and sometimes she still just drops to the floor in a fit of madness over me making her wear a coat in the pouring rain (how dare I?). I understand the logic behind tantrums. That it's partly to do with the lack of being able to communicate with us what they want properly. Combined with them discovering their own way in life, their own opinions and ideas (curse them not obeying us forever!) but it doesn't mean that it doesn't tip you over the edge. 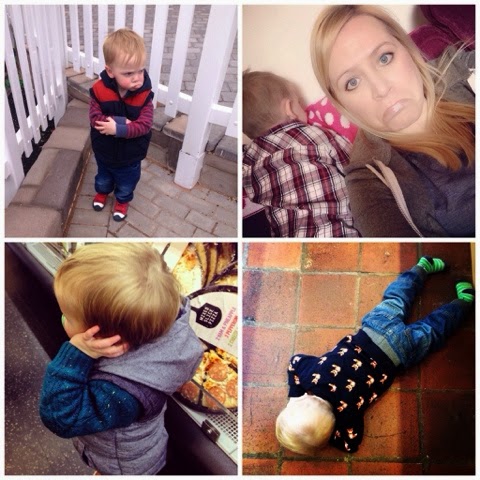 I still remember my daughters first public tantrum. We were at playgroup and she had pooed so I decided to change her to stop the other Mothers gagging. We went to the loo, which helpfully happened to be within ear shot of the group. And by the way she screamed you would have thought I had commited a murder. She was inconsolable. She was kicking. Then ridgid. Then howling. And repeat. I was getting hotter and redder knowing that all the other Mums would be judging me and possibly thinking I was swinging my girl round by her hair. I was mortified. I go all sweaty thinking about it now.

I left the room. And sure enough all eyes were on me. Or were they? With hindsight I'm not so sure. When a tantrum occurs in public you immediately become paranoid that everyone thinks you are a dreadful parent. You think the old ladies in the corner are whispering about you. Actually with them? You probably are right. It seems that elderly people forget the doom of tantrums. Maybe we repress them past 70? I've often snapped at someone helpfully suggesting saying like "Oh you poor baby. Is Mummy being mean?". No I mearly wanted them to stop trying to open random yoghurts off shop shelves now f*ck off*. 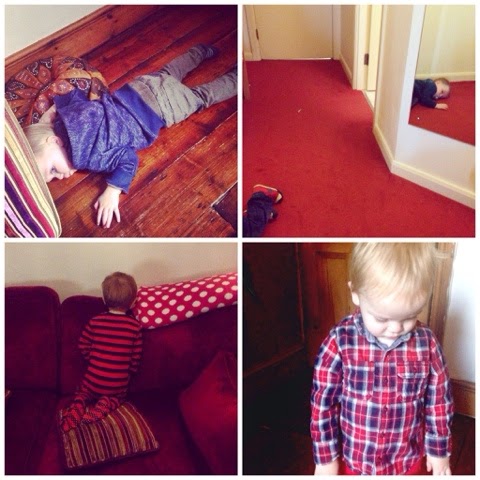 If you read my blog or take part in Wicked Wednesdays, where other bloggers link up real shots of family life, you will know there's nothing more I like than a photo of my child mid tantrum. It's not to be mean, or taunt them. It's just sometimes life with toddlers is so ridiculous that you have to pause, take a moment and think of the insanity. The shots above include a tantrum over a ham sandwich, one because we decided we wanted to go the the beach and a whole host of other pure lunacys.

Next time you child is screaming at home or in the middle of Poundland. And you can feel your blood boil, all eyes appear to be boring into your head as you grab fruit shoots off the shelves to shut them up but they "wanted the puuuuuuuurrrpppppplllllleeee one" and they start scream louder? Stop. Take a deep breath and look at the situation. Whilst your first thought maybe to run or scream. Embrace the madness. Look at the strangers with their rolling eyes who are making you worry. And think about the fact that not only do they have arseholes but they also would have had tantrums too. It's part of growing up innit?