The Five Stages Of Accepting Naps Have Stopped

Denial
Your Mother tells you "he's really hard to settle for his afternoon nap you know". You ignore her. The lady at nursery says "he didn't really sleep much today". You ignore her. Your husband angrily texts "I've been trying to get him to sleep for two hours now and he won't f*cking go!". You ignore him. And then one day after three hours of cajoling, reading stories, rocking, singing, stroking, slowing losing your mind?... 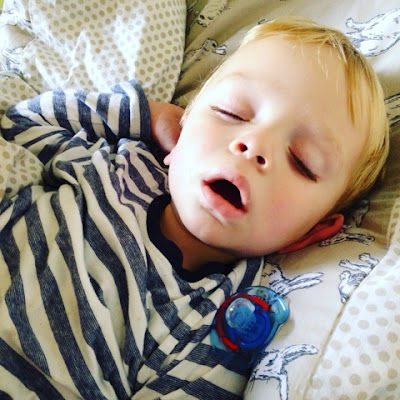 Anger
...YOU CAN CATEGORICALLY STATE THAT YOUR SON NO LONGER WANTS TO NAP AND THIS MAKES YOU SO ANGRY AND YOU DON'T KNOW WHAT TO DO AND HOW HAS THIS HAPPENED AND FOR F*CKS SAKE HOW ARE YOU GOING TO GET ANYTHING DONE AND IT'S NOT FAIR AND YOU READ SOMEWHERE SOMEONE'S KID NAPPED TILL FOUR YEARS OLD SO WHY IS THIS HAPPENING TO YOU. Sob. 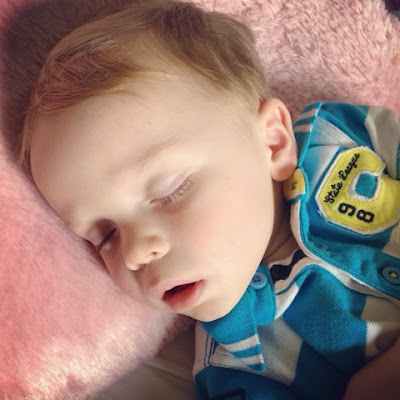 Bargaining
You resort back to ye olde tricks that you used with your first child. The 'nap on the move' manoeuvre. You go for drives to McDonalds. Sitting quietly supping on a Diet Coke for an hour desperately needing a wee. You shove your son and his long limbs into a too small buggy and walk around the streets where you live. You try singing songs in a manic voice in a vein attempt to get him to drop off (My song of choice? 'Hold On' by Wilson Phillips. Never f*cking works. B*stards). 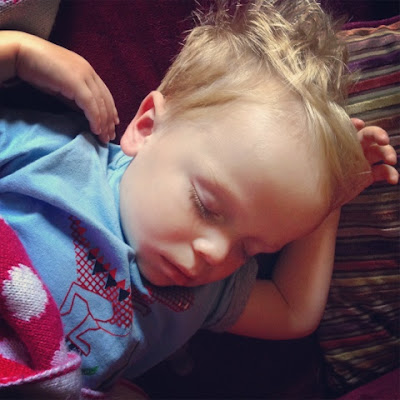 Depression
You reflect on the joy of naps gone by. That one once that was three hours long and you managed to watch two films. Or those brief three weeks where you got both children to nap at the same time. You sadly say goodbye to the odd hour here or there watching Made in Chelsea. Times when you attempted to clean (aka put a baby wipe over the grubby coffee table in the living room). It's gone. These moments have gone. And lets never forget those odd occasions when you managed a nap with your child as you were "JUST SOOOOOO TIRRRREEEED". 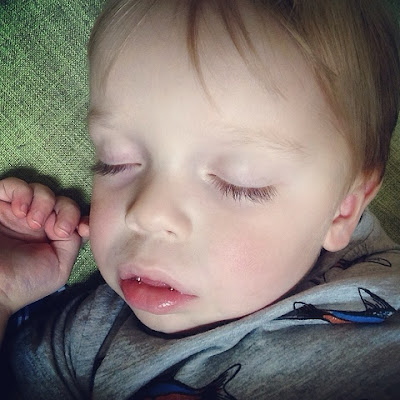 Acceptance
You knew it was coming, You had been putting off and it is time to accept that you no longer have any children that nap. Ever. You need to embrace it. Start to plan some messy play in the afternoons, or perhaps join a local playgroup...

...F*CK THAT. As long as his limbs aren't dragging on his floor your afternoons will be roaming the streets like a hobo pushing your son around and singing 90's ballads whilst the neighbours look on in amusement. 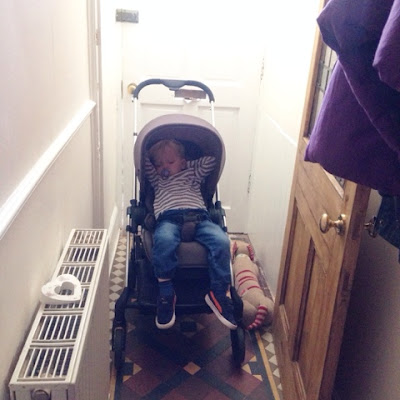