The A-Z Of Parenting A Toddler

A is for anger. Never ending anger. Being angry about important things like not wanting to wear a coat when it's snowing. To little things like your Mum being a b*tch for buying you a Marvel outfit.

B is for bedtime. The trauma that is trying to get one small human to go to sleep. You think the first six sleepless months were hard? Wait till you try and catch a screaming naked three year old to put them in bed. Relentless.

C is for crap. Crap EVERYWHERE! Free toys off the front of magazine. Happy meal toys. LEGO. Naked Barbies. Broken wax crayons. Crap under the couch. Crap in the car. And don't forget the bag of crap they carry around with them at all times. CRAP. 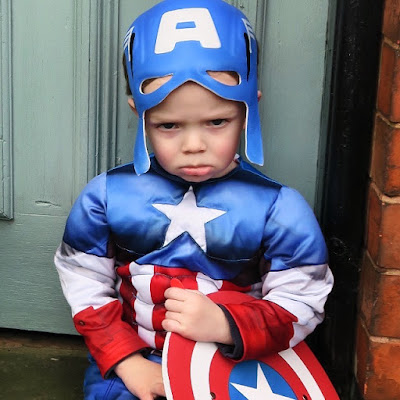 I didn't want to be Captain America. B*tch

D is for dummy. The thing you swore you were never going to give your baby. And here you are two years later trying to pull it out of their mouth and give it to the dummy fairy. Or whatever bulls*t story you have created. They ain't daft. And that dummy? Ain't going anywhere.

E is for exhaustion. Often created by very early morning rises. And remedied by a quick watch of YouTube for them. And ten cups of tea for you.

F is for food. The mind boggles about how much food a tiny child can eat. No sooner have they finished their 8th snack of the day they are onto meal number 5. And let's not forget the demanding of pudding for breakfast. EVERY DAY. 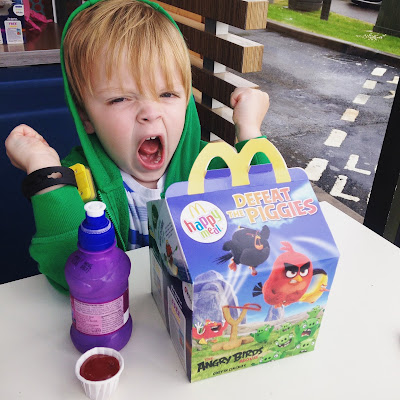 WHAT IS FOR MY PUDDING?

H is for hard work. Toddlers can push buttons more than anyone else. They are smart in the ways of how to break you. Quite often I can be found face down on my bed in a pitch black room trying to grab five minutes peace and quiet. Sigh.

I is for "I give up". That phrase you say to your other half when you are at a wedding, or on holiday or just somewhere pretty lovely and your toddler has a full meltdown and you don't know what to do. Often followed by "it's your turn to take them now" through gritted teeth.

J is for jumping in muddy puddles. Let's blame Peppa for that one. The knob.

K is for kicking. See A. Anger is often combined with kicking. In public. Generally in Asda with a full audience of elderly people who tut and say "would never have happened in my day". F*ck off! 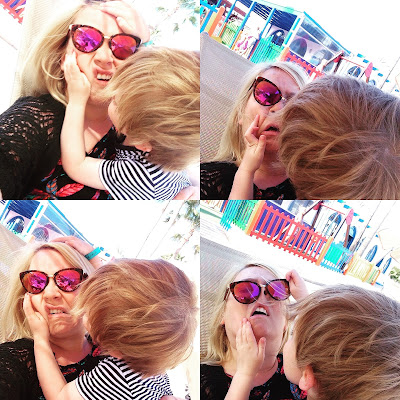 L is for love. Toddlers love you like no other. Such is their love it sometimes comes in angry hugs that knock you off your feet. Kisses that leave slobber all over your cheeks. And the odd 'love punch'. A strange way to show affection but affection non the less.

M is for 'me time'. When you had a baby 'me time' was classed as having a poo alone and a quick shower. Neither of these exist anymore as your toddler thinks you changing a tampon is proper good entertainment. 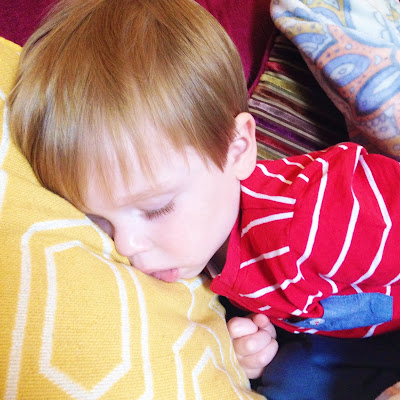 Don't got to sleep on the couch! Balls

N is for napping. Or rather RIP 'the nap'. Remember the beautiful days of the baby's naps? You could easily squeeze in an episode of Made In Chelsea. Now? They either refuse a nap all together and go insane at 4pm. Or worse nap for ten minutes at 4pm thus them finally dropping off at 10pm. If you're lucky.

O is for opinions. If they want to do the school run dressed as a witch? Or in a swimming costume? No amount of cajoling is going to stop a toddler. They know what they want. Even if it is ridiculous.

P is for potty training. The horrific act of trying to get a child's small bottom to poo and wee in a pot. It seems quite a simple concept but in reality? IT IS SO HARD IT MAKES YOU CRY AND NEED A DRINK (see G).

Q is for "QUICKLY". A word that bypasses toddlers. A "quick get your shoes on" can take up to an hour and a "quick get your coat on" often leaves you going out in the p*ssing down rain without on. 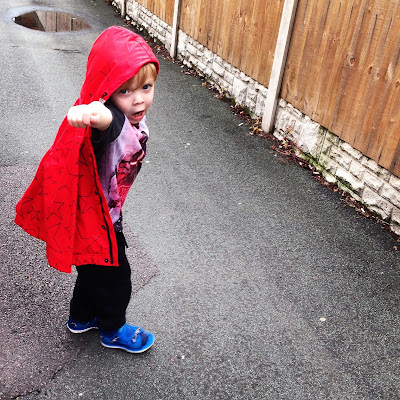 PUT YOUR COAT ON

S is for screaming. See A is for Anger and K is for kicking. Screaming happens quite a lot. Sometimes with good reason but generally? For no actual reason at all bar the fact that they want to break you.

T is for TANTRUMS. Never ending tantrums. The terrible twos often start at 18 months and continue well into four. Your child's choice of tantrum may be a good old drop to the floor in silence. It could be a loud screaming. Or even a manic thrashing of their limbs. Or worst? A bizarre combination of all three. 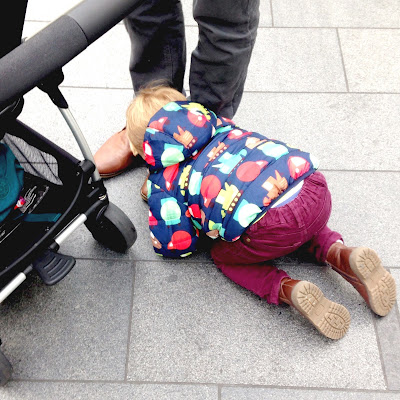 U is for underwear. The 100's of pairs of tiny pants that potty training destroys. The poo pants that you consider scrubbing but often? Secretly put them in your bin hoping nobody sees and judges your frivolous ways.

W is for WINE. ALL THE WINE.

X is for x rated words they suddenly start hearing from you, cleverly understand they are bad and repeat when in the company of your in laws. F*ck. 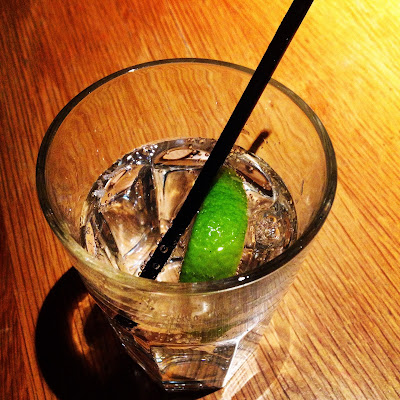 Y is for "yes". As in this is something they never say. From "do you want your coat on?" to "shall we tidy up now?". The answer is more often than not a big fat "NO!".

Z is for zzzzzz. That glorious moment when you finally get your little one to sleep. You forget all the kicking, screaming and poo pants. They still look like a baby. So peaceful. You want to crawl into bed with them and hold them whilst just staring at their beautiful face. But you don't. You walk down stairs, sit down and refer back to G.
Share:
Posted by brummymummyof2
Labels: humour, Motherhood
Newer Post Older Post Home