How The Clock Change. SCREWS WITH OUR LIVES!

When you were in your twenties and the clocks went back it meant that you had that extra sweet 60 minutes in bed. I remember being in a club and they were like "HELL YEAH LET'S STAY OPEN ANOTHER HOUR!". It was the stuff of dreams. Let's make the clocks go forward 15 years (see what I did there) and as a parent of two children. The clock change. PLAYS WITH THEIR MIND. It screws up what little routine is going on in our household and means for at least a month, or until the next clock change. Everything is that little bit out of kilter.

The Premise
Something to do with cows. Something to do with nights being lighter. Something to do with I literally have no f*cking clue and no-one really does but I for one do not need lighter nights. The darkness has happily cocooned my two beauties for the past few weeks and helped them to drift off to sleep. And the chilling thought of being forced to watch slightly creepy people open Kinder Eggs on YouTube during a pitch black freezing morning makes me want to weep.

The 'Extra Hour'
Hooray you gain an extra hour in bed! Try and explain that to children. They don't want to be in bed. So when they sit bolt upright at 6am on Sunday morning it won't be 6am will it. IT WILL BE 5 AM. And if you are unlucky enough to have a son that sometimes wakes up at 5am. IT WILL BE 4 AM. Which is two hours till the start of CBeebies. Rather than a sweet extra hour snoozing it becomes an hour extra to be tortured by kids TV. 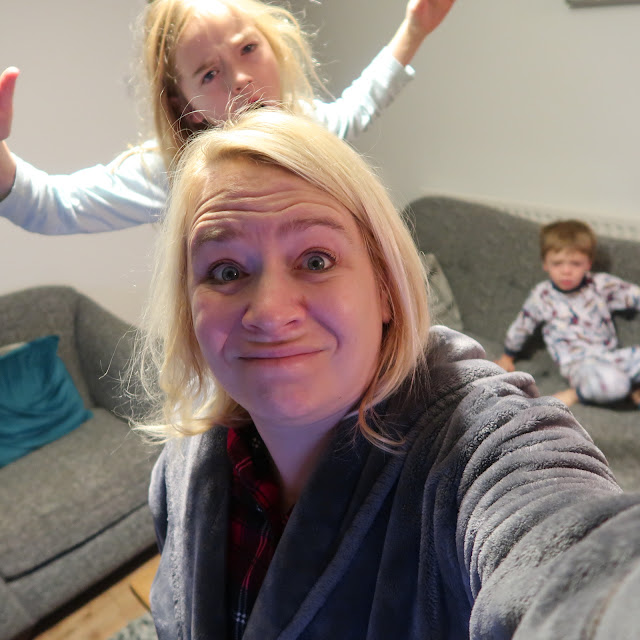 At this point I have no clue what time it is

Food
So you are up at 5am (but really it is 4am and you will continue to think like this angrily in your mind for a fortnight until you accept it is 5am). So you have your breakfast at 6am (IT'S 5AM!). Lunch happens at some point around 11.30am (10.30AM!) and by the time it comes to dinner you have no clue what's going on and end up having to have four meals a day for at least a week.

Bed Time
We have already discussed the ballache of 'lighter nights' so now lets touch on the doom that is bedtime. Logically your kids really have been up since 4am. So when it gets to 6pm you think "phew they must be knackered. Early night it is!". As really it's 7pm isn't it? But then one smart arse shall exclaim "But why isn't In the Night Garden On Yet?". GAH! So they stay up till 7pm but it's not is it it's 8pm. And then you get into a whole world of overtired. No-one knows what's going on and TBH? By this point I just want gin.

So there are the reasons the clock change screw with our lives. I am sure some farmer somewhere is super happy and I am grateful for all the nice milk and that but to be honest? I would prefer everything to stay exactly how it is. Forever.
Share:
Posted by brummymummyof2
Labels: humour, Motherhood, Parenting
Newer Post Older Post Home