The Seven Stages Of Sibling Spite

A vintage post from February 2017 to make you smile...thankfully they have stopped fighting...a bit!

One of the many reasons I had another child was I thought that it would be good for the two of them to grow up together. To play with each other. To make each other smile and to generally be besties. F*ck me I got that wrong! From the minute they wake up (generally before 6am obvs) till the minute we get them into bed kicking and screaming they row, they bicker, they shout, they push, they tell tales and generally? They seem to well, kinda hate each other. There are different causes to their anger and hatred towards each other. They can be summed up like this:

Sharing (NOT)
The amount of times I say "share, share, SHARE! FOR GODS SAKE SHARE!" a day? Is unreasonable. They don't share. They pull, they grab, they hide things. They do the polar opposite of sharing. They fight over the tablet. They fight over The Gruffalo Book. They fight for twenty minutes over a free three year old Mr Tumble phone. Then it snaps. And they blame each other for not sharing. And I die a little inside.

Shouting
Ahhh the joy of a sibling shout off. Generally over something really important. Such as one wanting the sing along words at the bottom of the Trolls DVD and the other not wanting it. The one who didn't want it can't read anyway SO WHY DID HE CARE?  The shouting starts as a mild rumble and then is just two kids, standing and screaming at each other. Probably forgetting even why they started. Now I tend to just walk away and hide in the kitchen... 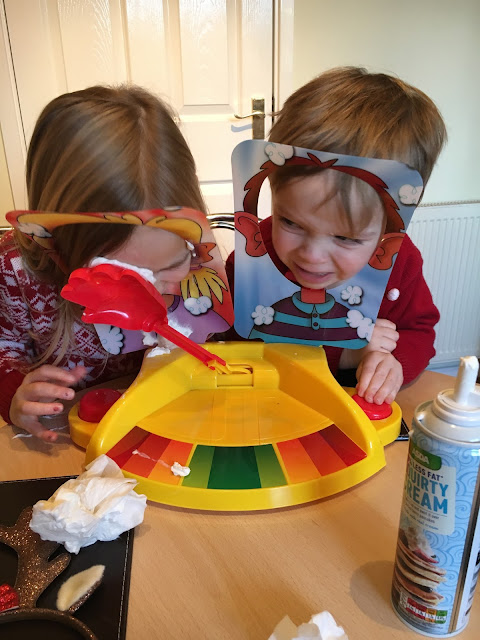 
Sh*t Stirring
There's nothing like a tale being told. Generally taking place when you are the most busiest. That "so and so has done so and so" and you literally have no idea who has done what to whom or where. You make a knee jerk reaction to tell one of them off. Which results in one, both or all three of you weeping.

Scrapping
I can go to a friends house and my two will quite happily play with other children. They are kind. They are polite and they wouldn't say boo to a goose. In my house? The tear each others hair out. To be fair to them it does generally start off with a loving cuddle, that eases itself into a tumble, that results in a hair pull. And then we get back to shouting. Sigh.

Stealing
My daughter could be playing with a broken in half Shopkins rubber she found under the couch in our house. And my boy? Immediately HAS TO HAVE IT! We have had scraps over a ripped magazine, a manky plastic bag and a grubby half packet of crisps found in the bottom of my bag. Relentless. 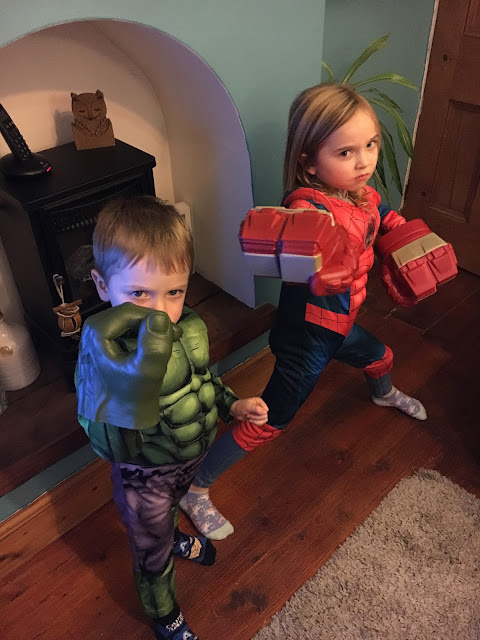 We want to kill you Mummy

Spite
My daughter is such a good girl at school and my son is a delight at nursery. But get them together? In a confined space like a car and the spite? Is intense. Pinching, wiping snot on each other and general "YOU ARE A POO FACE AND I HATE YOU". I often ask my girl if she would do that to a boy in her class and her reply is? "Of course not!".

Switching Sides
So you have sorted out the argument over who takes ownership of the Mr Tumble phone. The Trolls DVD has been turned off. Peppa has been shoved on the tele so the shouting subsides and you have got involved and calmed down three 'stirring of sh*t' episodes. And then?...the sods. They switch sides. For a moment they are unified. And they decide? They now hate you. I have noticed this is generally when I am on the toilet, or driving. To get me at my most weakest. Gits.

Sometimes there are glimpses of them liking each other. Generally when food is involved or when they are playing hide and seek. And I am sure wiser women than me will say it's just a phase. I need to suck it up and ride it out. The terrible twos were just a phase weren't they? And it's not like they lasted all the way through three and four is it? #doomed. 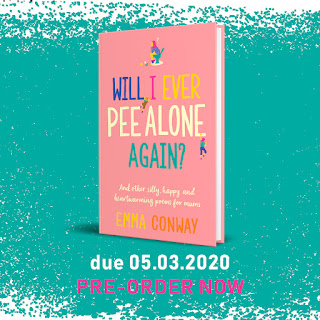