The Don't Beat Yourself Up Guide To Being a D*ck

I'm a bit of a d*ck. Not a mean one mind. Just the kind that as a teacher falls over in front of the whole school on a fire drill. Or the one that cannot resist drawing willies on people's pads during staff meetings. Or I may something a bit inappropriate, a bit too loud. I gossip. A lot. And sometimes I am so excited about talking I (always) interrupt people. And you know what? I've always kinda hated myself for it.

I've longed to be the woman who has her sh*t together. Who can easily fit into a size twelve, who doesn't cry very loudly at ridiculous things, whose pants match her bra and who isn't so very, very oversensitive. Because as well as a d*ck. I worry. What an amazing combination! So someone who may say something stupid but then worries about it for weeks after. Brilliant! Ahem.

So when I started writing I just decided to be me. I laid out what I thought on paper (albeit very sightly edited due to my job which I love). Photos on my instagram were from my life. Tweets about who I fancy in Made in Chelsea were just mind farts I was thinking. I didn't overly read loads of blogs but as I did, it became clear that once again I was being a bit of a d*ck. 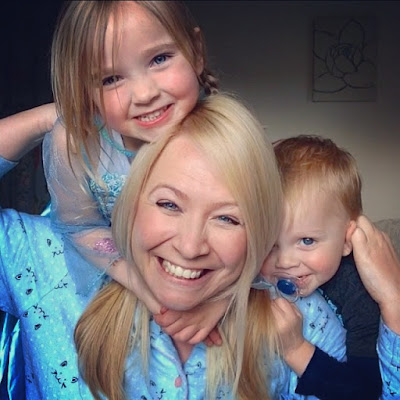 This picture was used in National Newspapers. I am WEARING A PYJAMA TOP.
See! Told you I was a d*ck. What an idiot.

A lot of other blogs showed the shiny parts of life. Mine tackled that, but also the other bits. Then a particularly nasty case of trolling from some random Dad's over in America really shook me up and I thought "Oh f*ck I've done it again". And lest we forget when someone told my husband to "ditch that ho" on the CNN website. Oh or the time Mums on Netmums said my kids should be took off me.

So in the midst of beating myself up about working, or me time, or being a crap wife. I began to worry about the content I was putting out there. But then one day? I thought "sod it"! This is me. Embrace the d*ck (d*ck was maybe not the best word to use). And I continued to use my space on the internet to be me. So that could be boring on about my c-section or laughing at tantrums. It could be us on a day out or me reviewing some Barbie toy I knew my daughter would love.

And then something strange happened. People started to enjoy my blog. People started to comment on my Facebook page. Other sites started to want me to write for them. I was featured in press all over the world. And then? In the past month I have been nominated for two awards. The BritMums BIBs15 'Video' one and the MADS 'Blog of the Year' one. F*ck. Me. I am up against some amazing women in both and I know I stand literally no chance. But maybe, just maybe? This proves that this d*ck? Is OK. She's doing alright.

Maybe it's OK not to be perfect. It's OK to be honest. Maybe when I fall over it's funny and not just mortifying. So I just wanted to say thank you. Thanks to everyone that links up to my Wicked Wednesdays, thanks to every Mum/Nan/Dad that has commented on a Facebook thread, or anyone who has liked an instagram of something daft. This Don't Beat Yourself Up Guide is solely for me. It's going to be used as a reminder that sometimes? People do love a bit of a d*ck (WISH I HAD USED ANOTHER WORD). 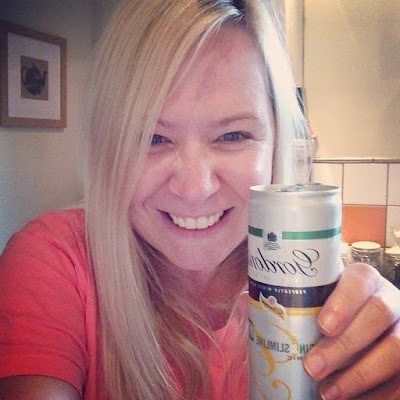